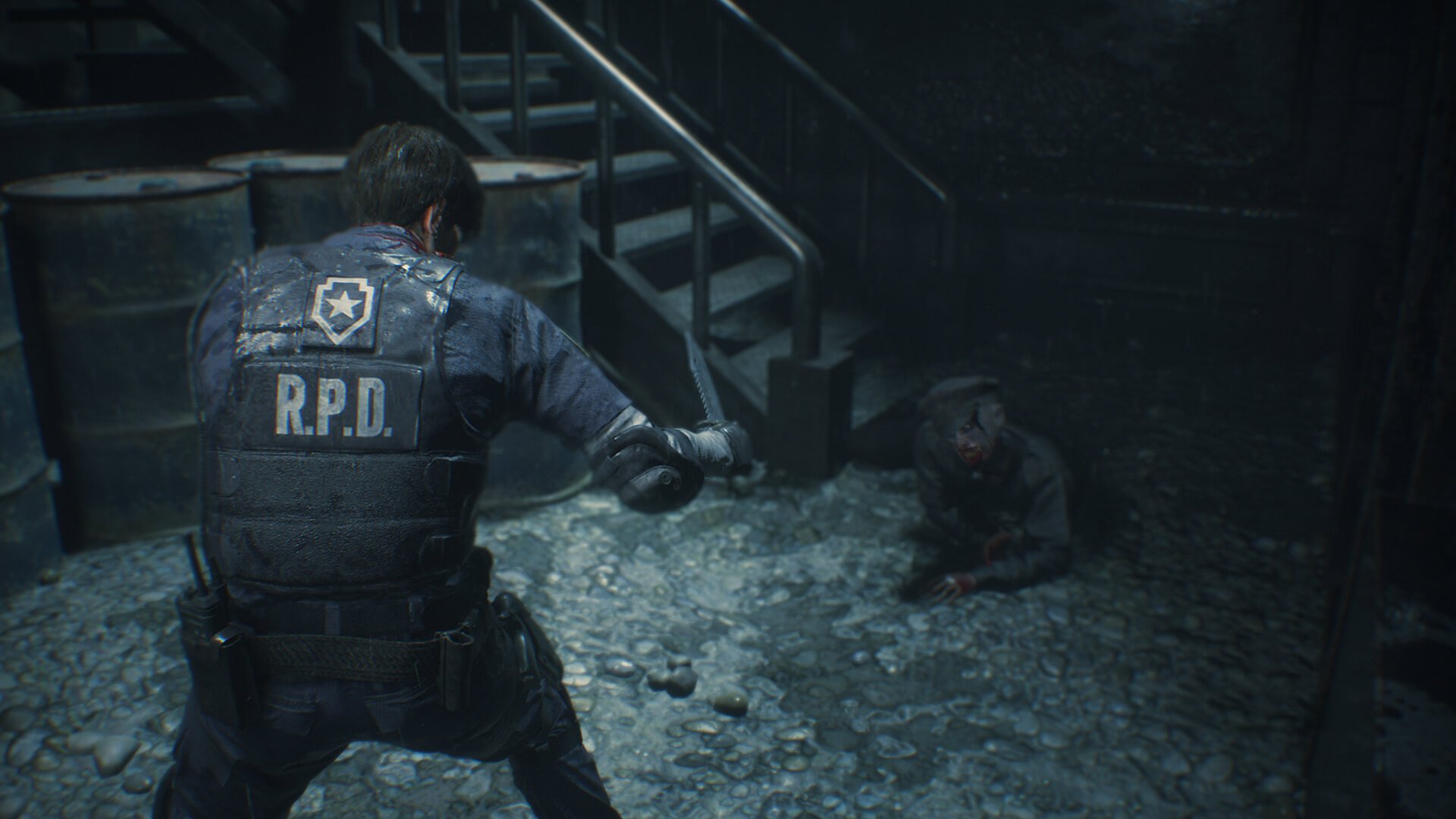 How to kill zombies in Resident Evil 2

As any well-trained zombie killer will know, taking down the walking dead as quickly as possible is key to surviving, and the same can be said about zombies in Resident Evil 2. These zombies are some of the most resilient undead in any game, surviving multiple shots and standing right back up again. Players looking to conserve ammo would do well to have a plan in place for how best to kill zombies in Resident Evil 2.

How to kill zombies

The zombies in Resident Evil 2 might be the iconic slow Romero zombies, but that doesn’t mean they’re as easy to dispatch. Depending on what difficulty is selected at the start of the game, a zombie can take anywhere between 3 to 5 headshots with the Matilda to knock down, and then even more if they decide to get back up again.

One of the most obvious choices, and a tried and true method, is to simply make a lot of Matilda ammo and use it to take down zombies. The problem with this strategy is that it chews up valuable gunpowder resources. There is a way to save ammunition, though, so it’s worth trying out.

Looking for more weapons? All guns and attachment locations in Resident Evil 2.

A couple of shots to the head or a few shots to the knees will often take a zombie straight down to the ground. For some players, this will be enough, as more often than not you will just want to clear a path from point A to point B. In the event you’re spending more time in a room solving a puzzle or looting, you will need to follow up this attack. This is where the combat knife comes into play.

There are half a dozen or more knives tucked around the Raccoon City police station (as well as the Sewers and Lab) and all of them have two functions: counter attack and slashing attack. The counter attack prompt will appear whenever you are attacked and will result in plunging the knife into the zombie’s chest. Kill the zombie and you’ll get the knife back. The second form of attack is a slash that can be used freely, though it will still degrade the weapon.

After knocking a zombie to the ground, instead of using more ammo to explode its head, approach it with your knife drawn. As you get closer, repeatedly slash at its head until it dies. It will remove one segment of the knife’s durability, but you will be saving roughly 5 shots.

It might not be available as early as the Matilda or shotgun, but the Chemical Flamethrower in Resident Evil 2 is extremely effective at taking down zombies and plant-based life forms. Very little aiming is necessary and with so much fuel found throughout the game, the Chemical Flamethrower is an excellent choice for players looking to save the Matilda ammo for taking down the Tyrant class enemies.

Killing zombies in Resident Evil 2 might sound like a simple process, and for the most part it is. However, problems can begin to arise when ammunition becomes scarce, so new strategies for dispatching the undead are needed. Players looking to conserve ammo should consider all the options available to them, as there’s more than one way to kill a zombie. Check out the Shacknews Resident Evil 2 guide for more helpful content, such as collectible guides!