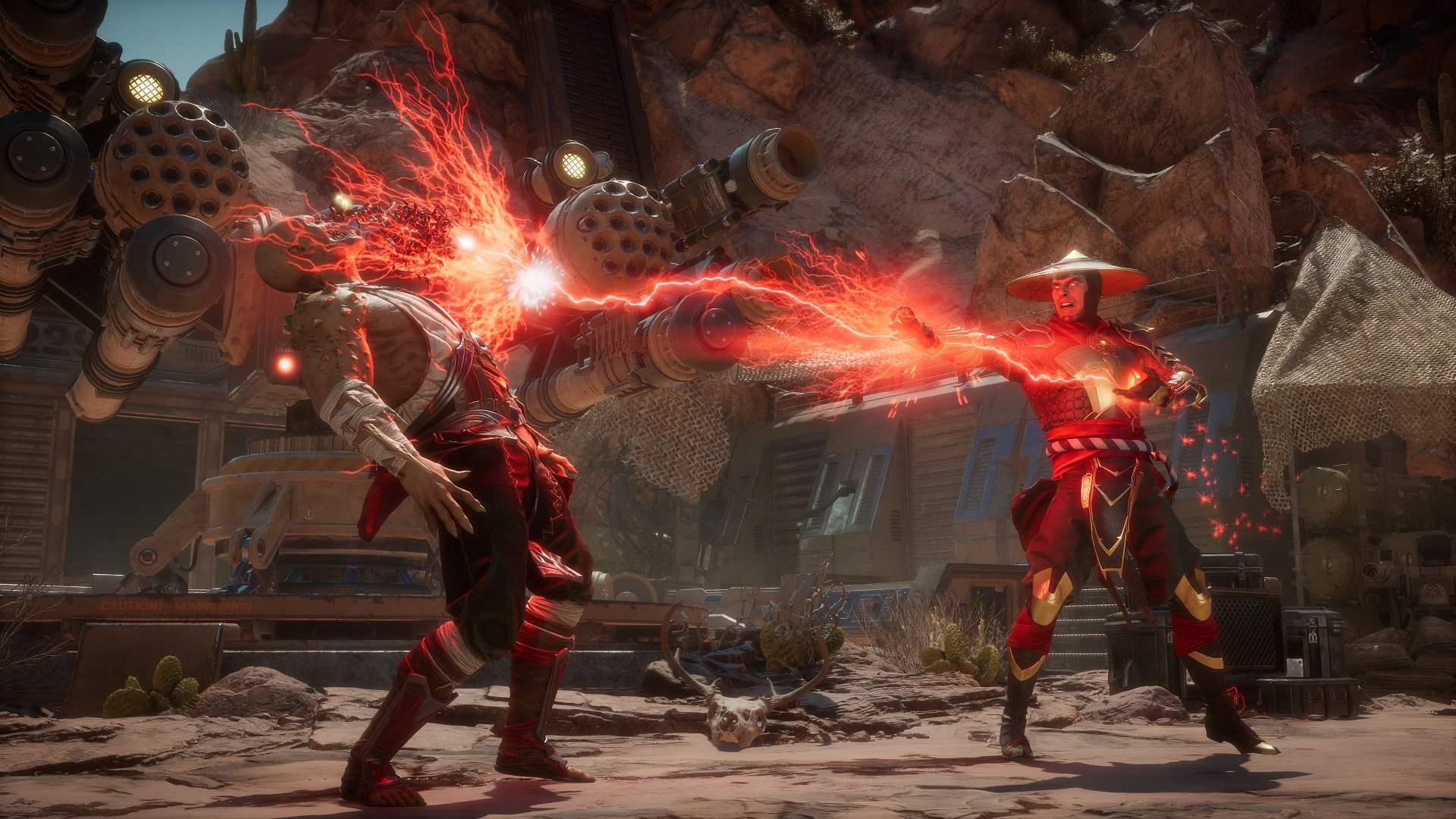 Has the Mortal Kombat franchise really been kicking for almost three decades? Has it really been 25 years since Mortal Kombat II first graced consoles? Coincidentally, with arguably the best game in the series hitting such a milestone anniversary, NetherRealm Studios officially unveiled the next game in the long-running fighting franchise. And with Mortal Kombat 11 bearing a logo that bears a similarity to that landmark second game, expectations are higher than ever. While the final product looms on the horizon, Shacknews attended Thursday's Mortal Kombat 11: The Reveal and went entered the arena once more.

Those looking for anything strikingly different from the previous two Mortal Kombat games might be left slightly wanting upon first glance. While the 2009 Mortal Kombat reboot and Mortal Kombat X displayed major advances for the franchise, Mortal Kombat 11 appears to offer refinements to what's already proven to be a strong series. So don't look for NetherRealm to reinvent the wheel here.

Having said that, Mortal Kombat 11 does retain many of the strongest elements of the previous two games. Players will select a fighter and choose from one of three fighting variations. Each of these variations will carry the character's base special moves and combos, but also offer up unique specials and a distinct fighting style. For example, there are obvious differences between "Chain Reaction" Scorpion and "Fire Brather" Scorpion, with the former utilizing the chains on his spear for zoning and the latter using the character's fire breath for new combo possibilities. The differences are also skin deep, with each variation offering slightly different takes on the characters' outfits.

Just as in previous MK games, the environment becomes a weapon, with each stage containing interactive elements that can be used against opponents. Some of these are far more bone-crunching, with some environmental attacks able to inflict X-Ray move impact. Speaking of X-Ray moves, those are now being dubbed Fatal Blows and they'll operate differently than in the last few games. Fatal Blow prompts now come when players are on the brink of defeat, offering a chance for underdogs to even the playing field and open the door to some sweet comebacks. Players won't have to worry about building meter for this move anymore.

Regarding meter, MK11 will now operate with different meters, with one for offense and one for defense. This allows players to use enhanced offensive moves and extended combos, while also using the defensive meter to help break combos and get players out of sticky situations. Defensive-minded players can also use a new mechanic called the Flawless Block. Blocking at just the right time not only blocks an incoming move, but also responds in kind with a quick-burst combo.

As far as finishers go, Fatalities continue to push the envelope in terms of total creativity. Like a blood-soaked Slam Dunk Contest, the Mortal Kombat games aim to top the previous ones in terms of choreography and flashy style. Fatalities are just as gory as ever, continuing to push the envelope between the awesome and the cringe-inducing. Beyond that, Brutalities also appear to be making their return. Like in MKX, Brutalities are triggered after a particularly dominant showing, allowing players to style on their opponents by depleting their life bars with a special move that automatically segues into a finisher. Shacknews found two Brutalities during our hands-on time with the game, which we found completely by accident.

While Brutalities weren't on the Move List in the pause menu, that does bring up another handy new feature for the casual player. Move Lists offering button inputs for anything from combos to special moves to Fatalities can be stickied to the screen. Up to seven moves can be stickied from the pause menu. And while that might take up heavy real estate in a two-player game, those flying solo in the game's single-player modes may find this feature handy. It's also a quick way to have any character's Fatality inputs ready and raring to go for whenever victory comes.

One feature that Shacknews didn't quite dive into, but expects to be a major element of MK11 is the new gear system. Lifted from NetherRealm's Injustice series, the gear system offers whole new levels of customization. Many of these custom elements are cosmetic, with skins, intros, and victory poses able to be changed around. One thing that wasn't discussed in greater detail was the idea of "Augments," which look to help offer a gameplay boost, similar to what Injustice 2 offered. Like that game, it's safe to assume that these gameplay boosts won't be made available in online play and is more for the solo experience.

As for that solo experience, the cinematic story mode looks to return and pick up right where the MKX story left off. That leaves a lot of questions that we can discuss at a later date. Meanwhile, the old-school "Klassic Towers" mode is also available, but was not playable. What was playable was the new Towers of Time mode, which offers up themed Arcade Mode-style towers filled with various opponents all matching or following a central theme.

As much fun as Mortal Kombat 11 was to play, Thursday's reveal was just the beginning for what looks to be an intense three-month cycle of reveals and surprises. Only seven characters (Scorpion, Sub-Zero, Sonya, Skarlet, Baraka, Raiden, and the all-new Geras) were confirmed, but there are currently 18 empty slots on that character select screen. So that leaves the question that NetherRealm loves to ask: Who's Next?

Mortal Kombat 11 is set to release on April 23 on PC, PlayStation 4, Xbox One, and Nintendo Switch. Those who pre-order the game on PS4 or Xbox One will receive both Shao Khan and full access to the March 28 Closed Beta.