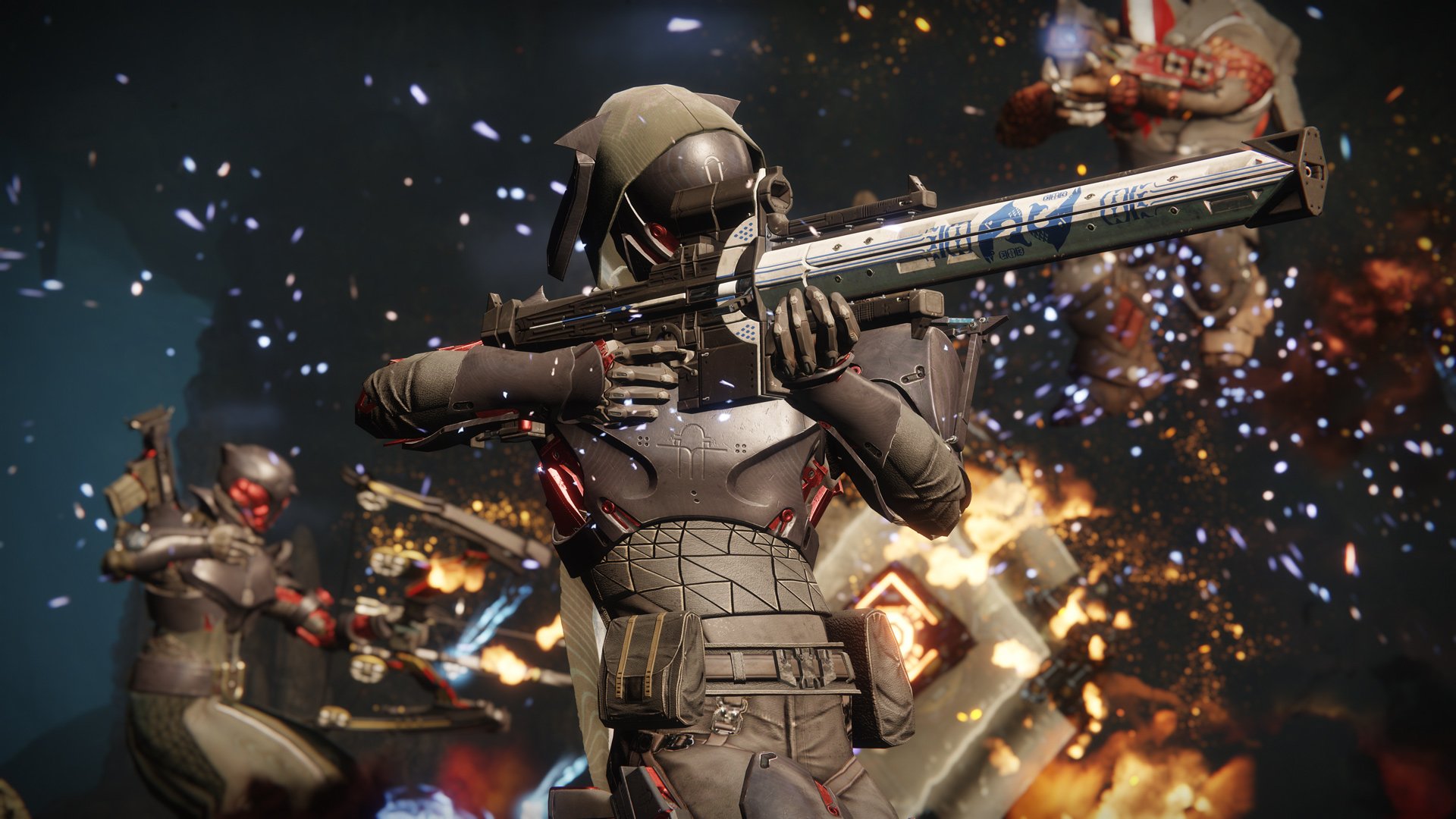 Now that the final forge has been unlocked in Destiny 2, players can start working on getting the final key for the Mysterious Box. The entire questline will have players tackling some of the hardest content in the game and it all begins by speaking with Ada-1 and getting the Black Armory Key Mold. For most of this quest, players will be collecting parts to insert into a little Radiant Frame, but the final quest, Lock and Key, focuses on one last fight in the final forge.

Some players are reporting bugs when attempting to complete this quest. Problems include the Gofannon forge, Rare bounties, and inability to access forges.

There are four locks on the Mysterious Box, with the first three locks being opened by destroying the two drones that appear in the Volundr, Gofannon, and Izanami forges. These drones only appear during the second round, and the final round must be completed for the cache to appear. Interact with the cache to receive a key for the lock.

The fourth key is acquired through a different means, specifically a Black Armory Key Mold quest. This questline is extremely lengthy and requires a Rare Black Armory quest, a trip into the Shattered Throne, and more. It can be a good idea to play through this quest with a Fireteam.

Visit Ada-1 in the Annex of the Tower to receive the Black Armory Key Mold.

Go to the Leviathan

The next step requires players to defeat 24 Watchers, a type of security robot on the Leviathan. Use the Underbelly code to access the tunnels of the Leviathan where the Watchers can be found. Kill the Watchers in the Engine, exit the room and unlock the door again to force them to respawn. Don’t kill them too quickly, as this will circumvent the alarm and unlock the chest door, which means the door will not shut and the room cannot be reset.

Players must collect 200 Glimmering Amethyst from supply caches, public event chests, and Strike chests. The quickest way to complete this is to play through the Lake of Shadows Strike on the EDZ. Run past everything, only stopping to destroy the Taken Blights and any high-ranking enemies locking the path forward. It is possible to complete this Strike in under 5 minutes.

Head to the new Bergusia forge to complete the next leg of the quest. Players will need to ignite the forge with Maximum Temper. To do this, destroy the two drones that spawn during the second wave. One drone circles the red pipes at the back and the other drone circles the pillar near the broken landing up the back. Open the cache after completing the third round to acquire the key. Learn the layout of this forge, as it's where the final step takes place as part of the Lock and Key quest.

Use the Black Armory Key consumable to insert it into the Mysterious Box.

Take the Mysterious Decryption Device to Ada-1 to receive the Unidentified Frame and begin the Lock and Key questline.

After completing the Rare bounty, players must kill Dul Incaru, the Eternal Return, in the Shattered Throne. Be sure to check out our Shattered Throne dungeon guide for a complete step-by-step walkthrough of each area. Killing Dul Incaru rewards the Ascendant Glass Shard.

It’s worth noting that players need only kill Dul Incaru, the entire Shattered Throne does not need to be completed. What this means is that if a friend has the Dul Incaru checkpoint, you can enter their instance to acquire it. Have all players die to initiate a “wipe”, this will “lock” the checkpoint to your character.

Complete the quest Lock and Key

The next step takes players to the EDZ to complete the quest, Lock and Key. It sounds fancy, but really this quest is all about making your way to the Bergusia forge in the EDZ. Once you arrive, begin the forge activity. A 650 boss will spawn that isn't unlike other bosses in forge activities. Shoot the drones to lower its shield, then deliver as much damage to this foe as possible. Its shield can regenerate, so be prepared to shoot more drones. There is no matchmaking in this activity, so if you go in alone expect a good fight. If you have two or three people in a fireteam, consider having one person focus on the lower-level enemies, and the other one or two on damage to the boss. This boss is prime feeding time for Whisper of the Worm since its head is the crit point and it can be staggered. Once this boss falls, return to Ada-1 and claim your exotic prize.

The Mysterious Box has been in players’ inventories for a long time now, so we’re all no doubt glad to have the final quest steps available. The Black Armory Key Mold quest, and all the steps to forging the Unidentified Frame, are extremely lengthy and challenging, so prepare for a fight. Head over to the Shacknews Destiny 2 guide for more thorough walkthroughs of Destiny 2’s end-game activities.