When Resident Evil Village was first announced in June 2020 for the PlayStation 5, there was a lot to take in glimpses of the monsters and horror we’ll be squaring off against as we try to survive the game. Many will agree that quenching thirst is a big part of survival, but not quite in the usual fashion. One glimpse of the large, debonair woman, currently referred to as “Tall Vampire Lady”, in the original trailer was enough to make all that boring stuff about horror and monsters take a backseat to potential Rule 34.

It seems Capcom isn’t about to feed the horny-on-main internet so easily, though. Its newest Resident Evil Village gameplay trailer shown during the RE Showcase showed only features like a few seconds of the large female antagonist in the overall 2 minute and 43 second trailer.

The Resident Evil Showcase that appeared on January 21 was full of details about what we can expect when we play RE Village. We return to the story of Ethan Winters and Chris Redfield following the events of Resident Evil 7. There’s a bit of gunplay, puzzle-solving, interaction with a mysterious new environment and its inhabitants, and survival against new blood-thirsty monsters. But who cares about that? The fact of the matter is Capcom spent a lot of time not divulging to fans if Tall Vampire Lady likes them or will treat them like dirt.

“I was really looking forward to this all week,” one fan posted on social. “I’ve been scouring for images of her and planning fan fiction where Ethan becomes Tall Vampire Lady’s love slave. I don’t understand why Capcom would do this to me. I need her.”

Who is Tall Vampire Lady and why is she perfect? 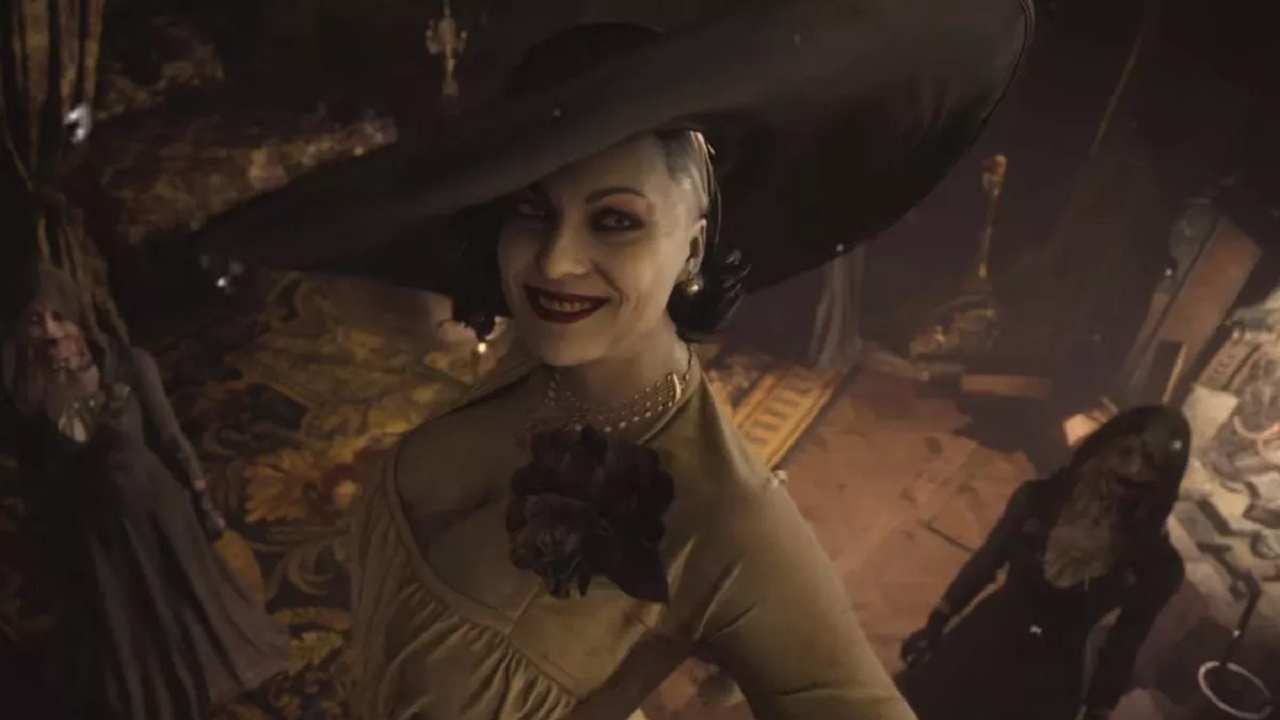 Here’s what we know about Resident Evil Village’s tall vampire lady so far:

The details may be few, but the effect of her appearance is immediately apparent. Her rather luxurious style and pompous demeanor has incited large corners of the internet to demand fan art, marriage, and that she step on them, please.

Despite all of the thirst, it is worth mentioning that Tall Vampire Lady could turn into a horrible tentacle beast, dog-like amalgam of flesh and claws, or just a big, fleshy, blood-thirsty maw later in the game, as is often the case with Resident Evil antagonists. Previous RE history also tells us she could have some really despicable plans like infecting a region with a bioweapon or selling said bioweapon to a black market auction, endangering innocent people across the world.

Conjecture and speculation aside, Capcom truly dropped the balls until they were blue on the latest Resident Evil Village trailer. Those looking for satisfaction may need to continue waiting until the game launches, or run down the rabbit hole of various NSFW internet sources for the time being.