Nintendo sent shockwaves across the professional Smash Bros. community yesterday after issuing a cease and desist order to The Big House esports event organizers. What you may not know is that Nintendo actually served a ton of C&D letters yesterday, and some of their tactics were downright terrifying. We caught up with a streamer who wished to speak anonymously about their harrowing encounter with the lawyers from Nintendo.

Shantynews: Thanks for taking the time to talk to us today.

Anonymous Streamer: No problem, I feel like the world needs to hear my story.

Shantynews: You are pretty popular on Twitch for streaming Nintendo games, correct?

Shantynews: And what happened next?

Anonymous Streamer: Well, I had been live for about 30 minutes when I heard a banging on my door. I thought I was being swatted, but it was just Nintendo's lawyers kicking down my door. They threw me on the ground and shoved a cease and desist letter right up my ass.

Shantynews: This all happened live on stream?

Anonymous Streamer: Yes, but Nintendo had all clips and VODs of the event pulled via DMCA takedown.

Shantynews: Do you have any proof of this?

Anonymous Streamer: I can show you the paper cuts on my ass from where they shoved that C&D.

Anonymous Streamer: I don't know. I just love NIntendo so much. It hurts for them to attack me when all I do is show them love. My ass also hurts, but I think my feelings and psyche are permanently damaged. The paper cuts on my ass will heal.

Shantynews: Is it true that you have been streaming the Slippi mod of Smash Melee via the Dolphin emulator?

Anonymous Streamer: Yeah, it has been a really fun way to play Smash with friends online during the COVID-19 pandemic. Rollback netcode in a Smash title was a godsend in this really tough year for the fighting game community.

Shantynews: What exactly did the C&D letter from Nintendo say?

Anonymous Streamer: They said that I was illegally streaming Hyrule Warriors: Age of Calamity and that I shouldn't stream Slippi, "if you know what is good for you."

Shantynews: Are you afraid of further legal action by Nintendo?

Anonymous Streamer: Yes, streaming is how I make money. I am worried about more DMCA strikes, losing my channel, or having to deal with Nintendo's lawyers again. After shoving the cease and desist letter up my ass, they also kicked me several times in the ribs. I didn't think that was legal, but Nintendo has way more money than me, so it seems pointless to even fight them in court.

Shantynews: Why do you think that Nintendo hasn't gone after the creators of the Slippi mod and are instead targetting streamer and tournament organizers?

Anonymous Streamer: Slippi isn't necessarily illegal, but Nintendo likes to flex its muscles with influencers. You have to play by their rules if you want to keep getting early access to games. I admittedly fucked up when reading the Hyrule Warriors: Age of Calamity embargo details, but those things are harder to understand than SAT questions.

Shantynews: Interesting, do you have anything that you would like to say to Nintendo or its fans?

Anonymous Streamer: The only way we can get corporations to stop bullying the little guy is to stand up to them and boycott their product, which no one will do because Hyrule Warriors: Age of Calamity just came out and it owns, to be honest.

Shantynews: So there is no hope for a change in behavior from The Big N?

Anonymous Streamer: Not until our community grows up and fights back. Which seems very unlikely. Nintendo is like an abusive parent. Sure they will beat your ass, but they take you out for ice cream afterwards.

Anonymous Streamer: It sure is, Shanty...

Shantynews: Thanks so much for taking the time out to chat with us today.

Anonymous Streamer: Anytime. I hope Nintendo doesn't figure out who I am, because they threatened to shoot my dog if they have to come back.

Shantynews reached out to Nintendo for comment and they actually got back to us.

"Nintendo was pleased to surprise and delight some of our biggest fans yesterday with cease and desist letters. The pandemic hit us all very hard, and it feels really good to get back to business as usual. We hate to think that someone out there could be pursuing unique, creative grassroots initiatives with no one there to break their heart or wipe that dumb smile off their face. Prepping those C&D letters to finally crush someone's dreams again just felt... well, it finally feels like things are getting back to normal in 2020."

As for killing Melee's online esports efforts they sent an additional statement:

"Look, we don't like being shown up by some punk kids coding from their Mom's basement. We haven't implemented rollback netcode in Smash for multiple generations and it was embarassing to see an emulator mod provide a better online gaming experience than we have ever shipped. What would you do in our situation? If anyone is going to fix online multiplayer in Smash, it should be us, but we are busy putting more Fire Emblem DLC characters that no one asked for in the game" 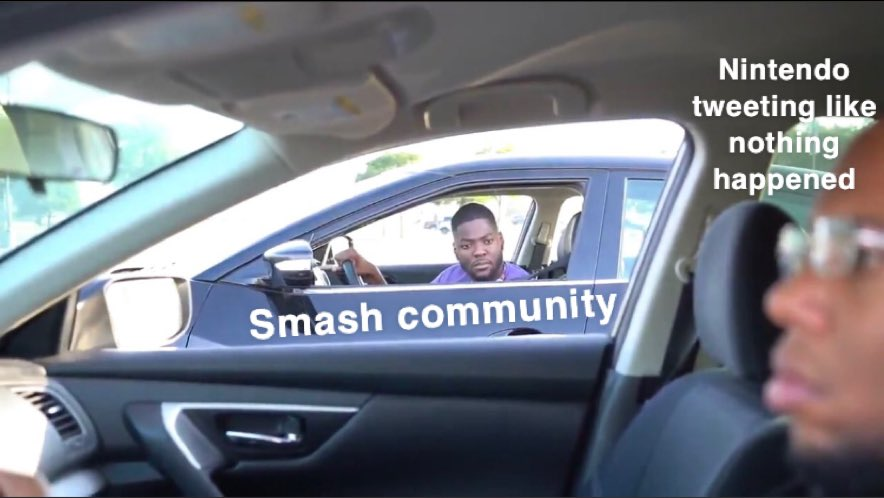 Thanks to both parties for their responses. We look forward to the next time Nintendo shows their ass to the Internet, and we will be here to report the bullshit as it hits. #FreeMelee