At this point, those who have heard me talk at length about any action shooter - Back 4 Blood, Outriders, Prodeus, etc. - should know about my professed love of a good shotgun in a video game. I have said several times that the shotgun in any shooter sets the stage by which everything else can be at least partially judged. I think it's the most important weapon to get right, so I'm dedicating this series to when I play any shooter has a shotgun. My latest venture? Deathloop. Is the shotgun good? Lets review. 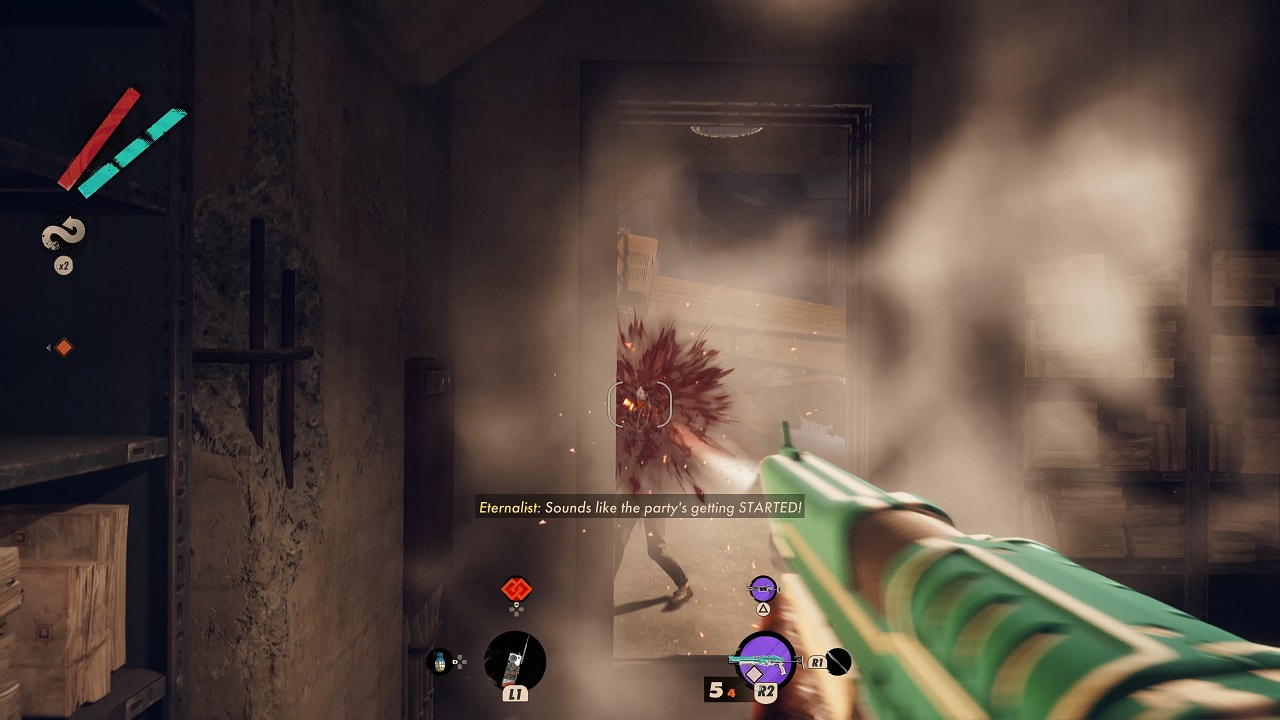 Deathloop has a few different types of shotguns ranging between a few base models and a more exotic flavor. Let's start with the more basic options and work our way to the pièce de résis​tance. 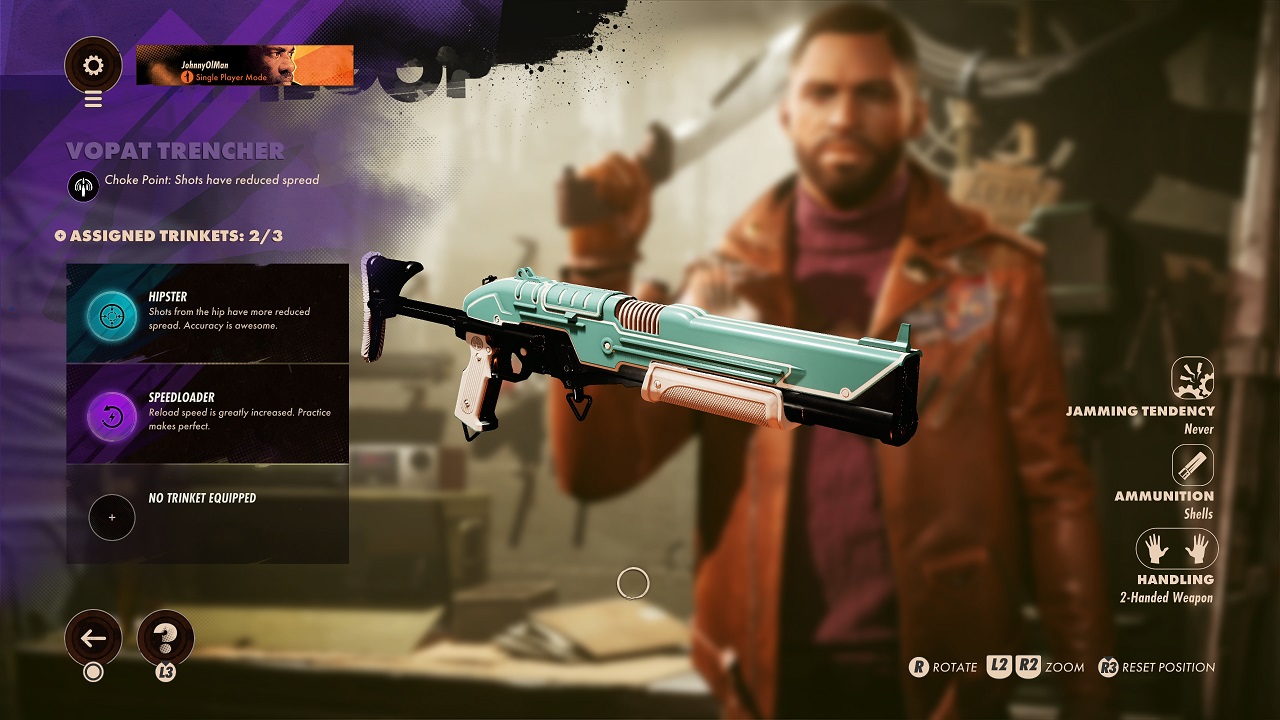 Your basic Deathloop shotgun is the Vopat Trencher. It's a typical close-range pump-action knockout punch featuring a five-shell capacity. This one hits like the biggest of the brick poophouses among the Deathloop shotgun class. It's a little unwieldy at range without upgrades on it. However, at anywhere under 10 feet, hitting someone in the head or chest with a shot from this is death-by-wrecking-ball level of goodness. Even winging them at close range with the Vopat Trencher without killing them will throw them off balance enough to line up the second shot. Just mind the pump action to your second round.

For Weapon Trinkets, get something like a Hipster if you want to make hipfire shots a more likely death sentence. Since the shells are handloaded one by one, I also recommend getting a Speedloader to make reload time nearly non-existent in the heat of battle. The Vopat has some typical shotgun limitations, but it's still a good, powerful standard. 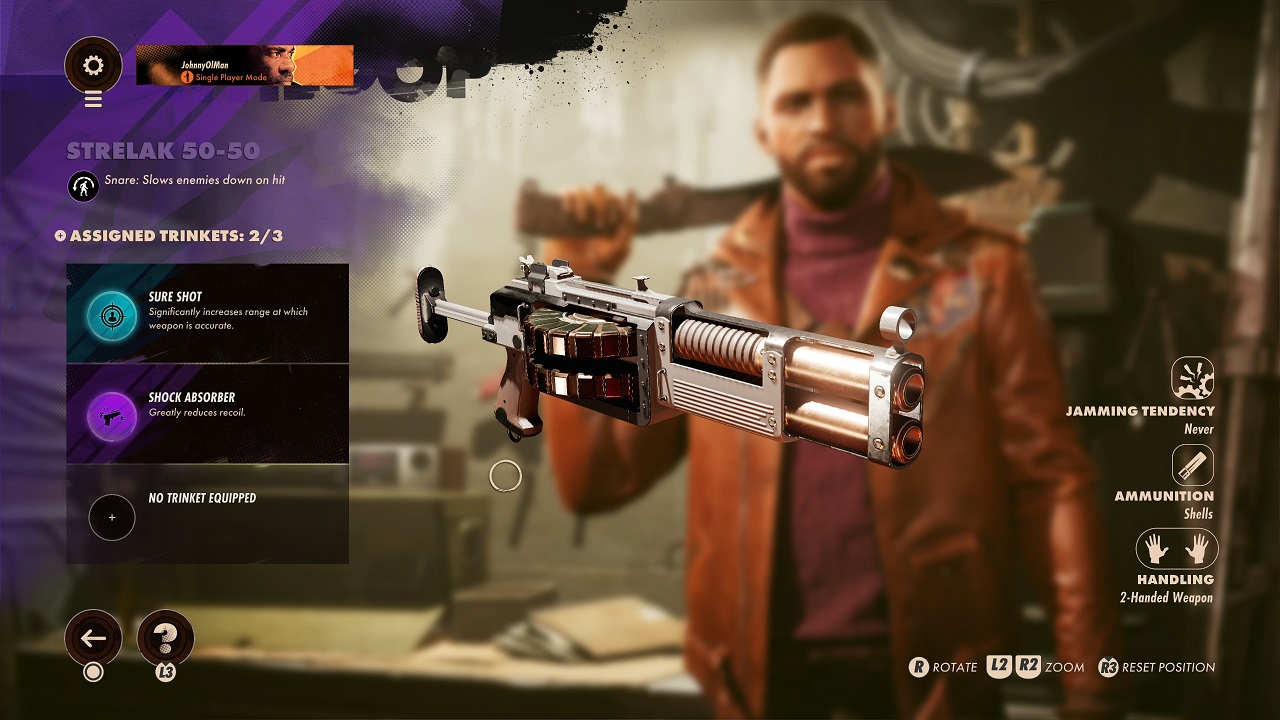 The Strelak 50-50 is the answer for the player that doesn't like ammo limitations or trigger restraint on their shotty. This puppy packs the best-in-class clip size (30 shells when you get a Purple Tier variant) and a fire rate to match. Hold down the trigger and let a rip on anyone who dares to get in front of you with multiple shots.

The Strelak's overall stopping power isn't as good as other Deathloop shottys, but it can also be used to pluck targets at range better than the Vopat if you deck it out right. More importantly, when you can put out multiple shots in short order, you might not need to get the job done in one shot. It's not my favorite, but it can be made very manageable with the Shock Absorber Weapon Trinket to reduce recoil and keep your aim on task, as well as the Sure Shot to make your shots more accurate at range and reduce your spread. Then you'll have a high ammo capacity assault shotty on your hands. 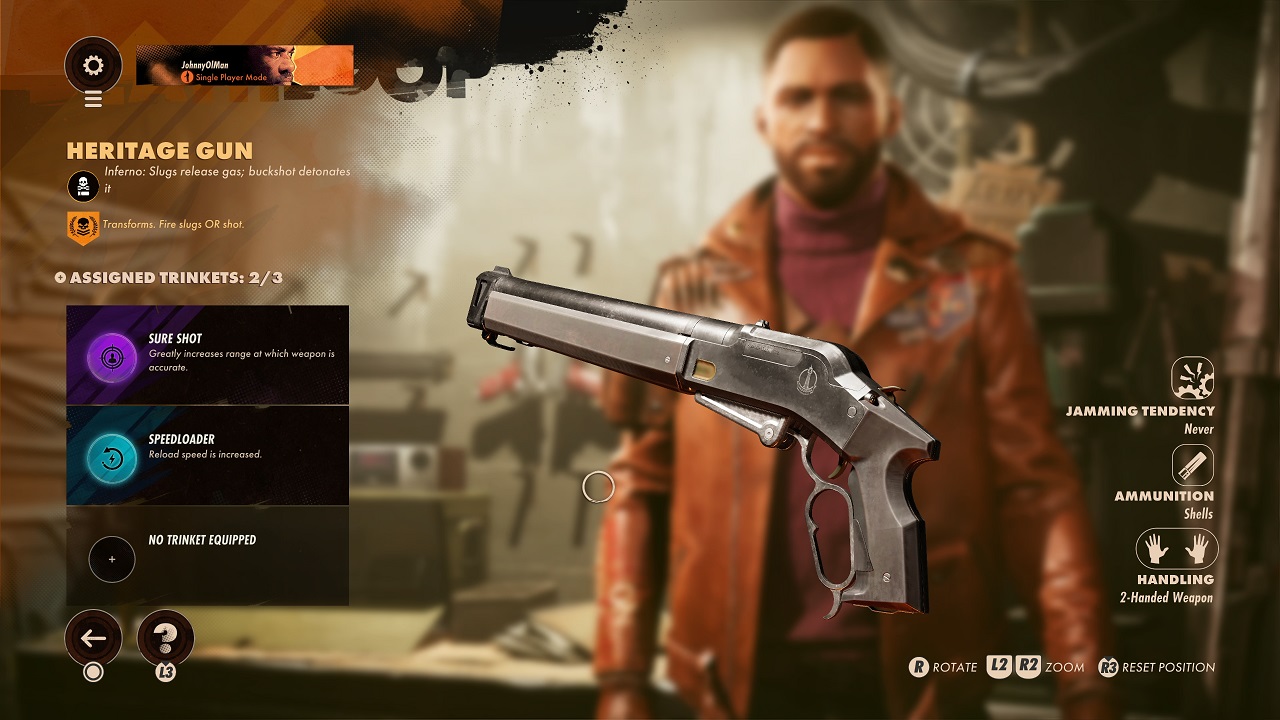 If there was a single weapon in all of Deathloop that had the potential to affect my actual scoring of the game by a full point, it's the Heritage Gun. This is the Gold Tier unique shotgun of the game. Getting it is a huge pain in the butt (follow our Gold & Unique Weapons guide if you need help), but the payoff is an incredible weapon in terms of mechanics, style, and overall effectiveness. I think it's the masterwork of Arkane Studios weapon design.

The Heritage Gun's gimmick is that it transforms between two modes. In its normal state, it fires a slug that will pop and release a gas cloud on hit, causing impact and poison damage. Then, in its secondary transformed state, it fires buckshot in a spread. At close range, the buckshot mode is as strong, if not slightly stronger, then the Vopat Trencher. But the real treasure is this: You can ignite the gas released from the slug to create an explosion, killing most enemies in an area of effect range. 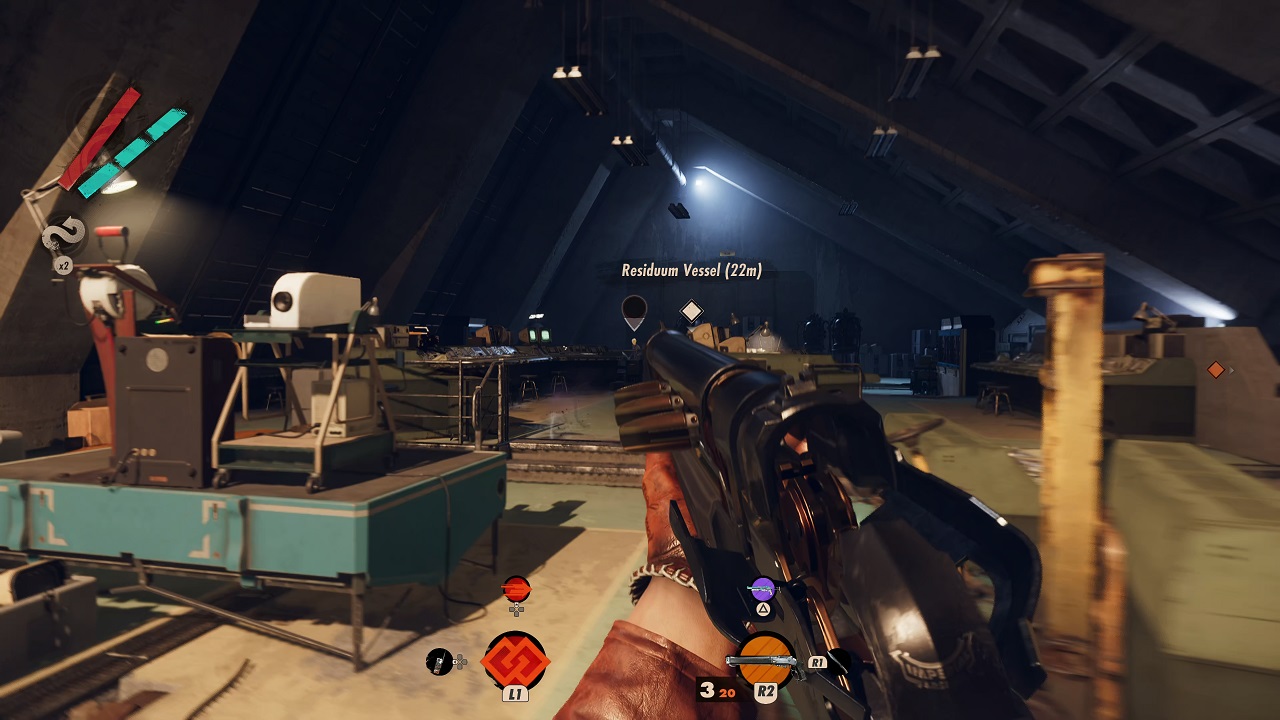 The Heritage Gun is fantastic for its ability to operate as a normal pump-style shotgun or act as a 1-2 punch grenade launcher. It's even got an incredibly stylish maneuver to it where you can fire off the gas slug, transform it quickly causing Colt to flourish the weapon for a reload/transform dual action, and fire off the buckshot in one swift and deliciously explosive move.

This is a hand-loader with a capacity of five shells like the Vopat Trencher, so load the Heritage Gun up with a Speedloader Weapon Trinket and then I'd recommend Sure Shot and/or Hipster to ensure that your slug and buckshot combo is accurate at nearly any range. Just make sure you Infuse this weapon as soon as you can and it will serve you well through your Blackreef travels. 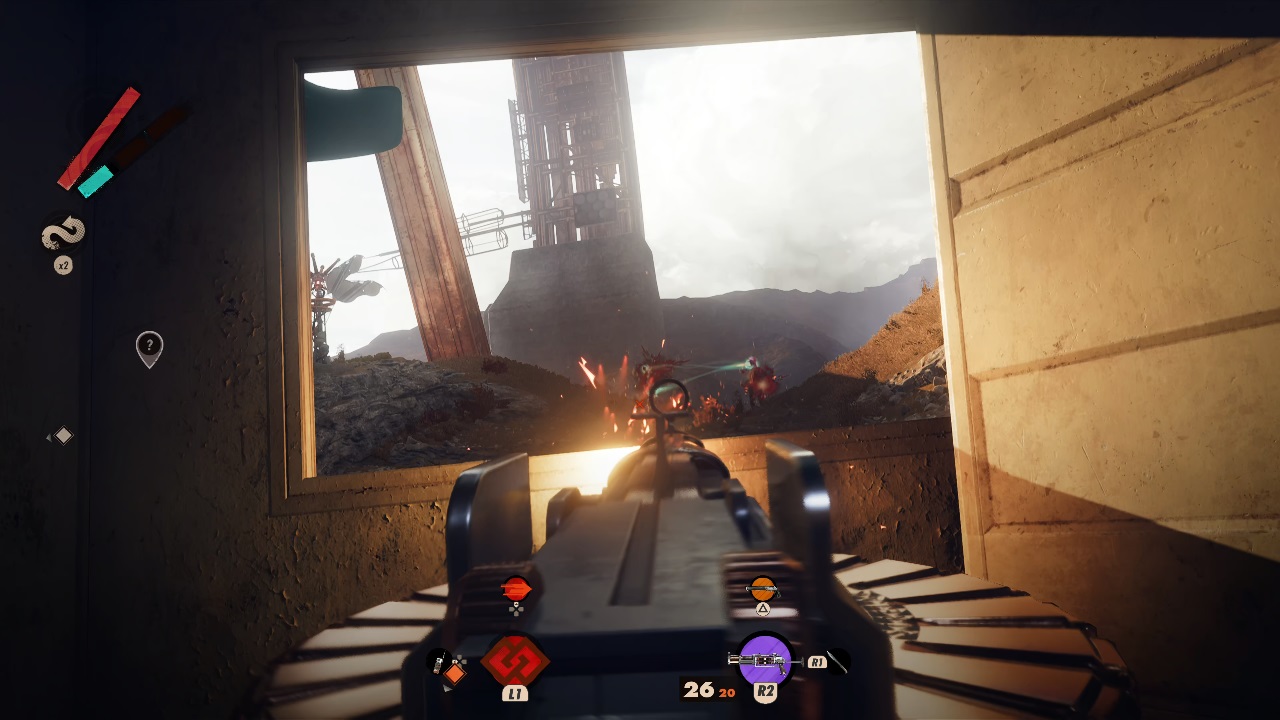 All these stats are great, but we gotta talk about how the shotguns hit and feel in this game. The answer is "also great." As I described with the Vopat, the impact when you hit someone under 10 feet away with a shotgun blast is weighty and feels like you hit them with a wrecking ball.

It's not just aided by the good visceral visuals and feel of you firing the shotgun, but also the splendid ragdoll when you hit the shot. Enemies will be flung back a good few feet when you hit them center mass with a shell. Limbs will come off when you wing them. A headshot in close proximity will practically vaporize their skull. The sound delivers it all with pulse-pounding bravado. It passes the Kablam Factor with flying colors.

The Shotguns in Deathloop aren't just good. They're amazing. The Heritage Gun is one of the most fun and stylish weapons I've ever had the pleasure of using in a shooter, but even then, every shotgun in this game feels weighty and impactful to a degree. Even the Strelak fills a niche that leaves the overall shotgun class feeling better for its inclusion. No matter which you use, the shotguns in this game are a high-potential opportunity to loudly body anyone who makes the mistake of getting close to you. 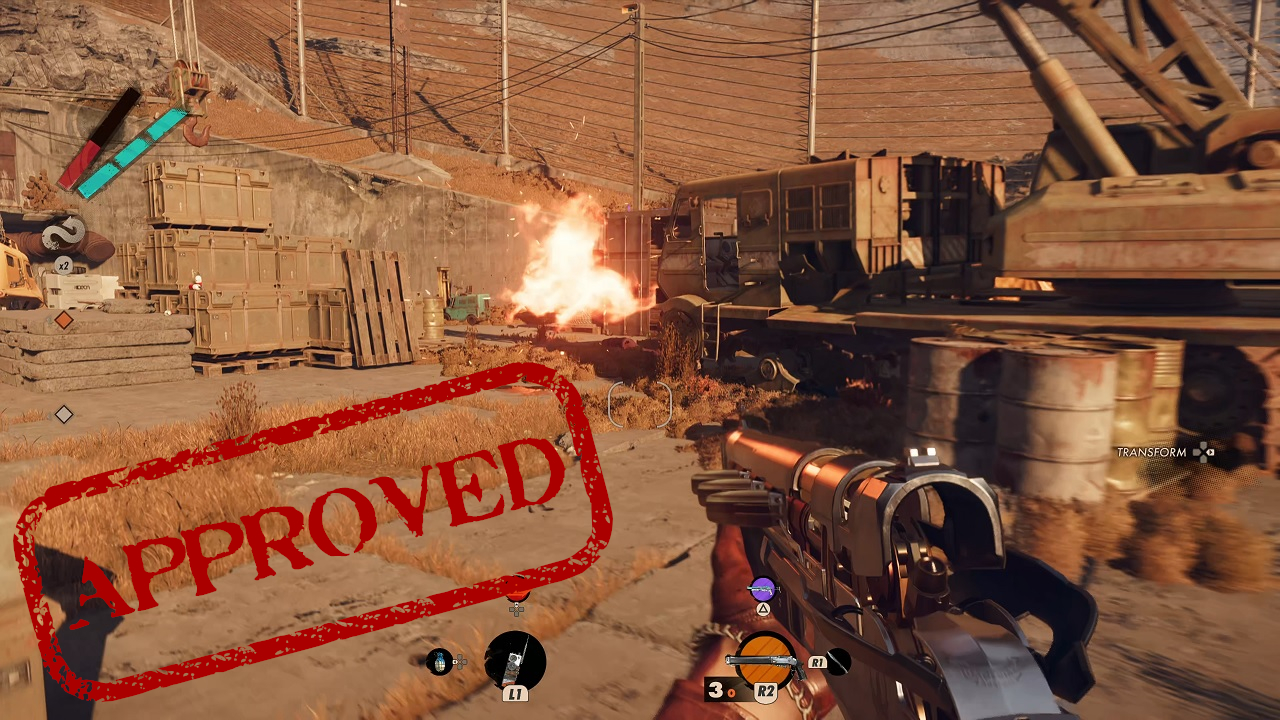 Pair these weapons with the Nexus Slab chain groups of enemies' fates together and then turn the crowd into a a cloud of red mist and meaty pulp. Deathloop is, after all, just chockfull of nifty gadgets and synergy to make combat more fun. Check out my full review for the official breakdown of the game.

Outside that, rest assured, the shotgun is good in Deathloop.