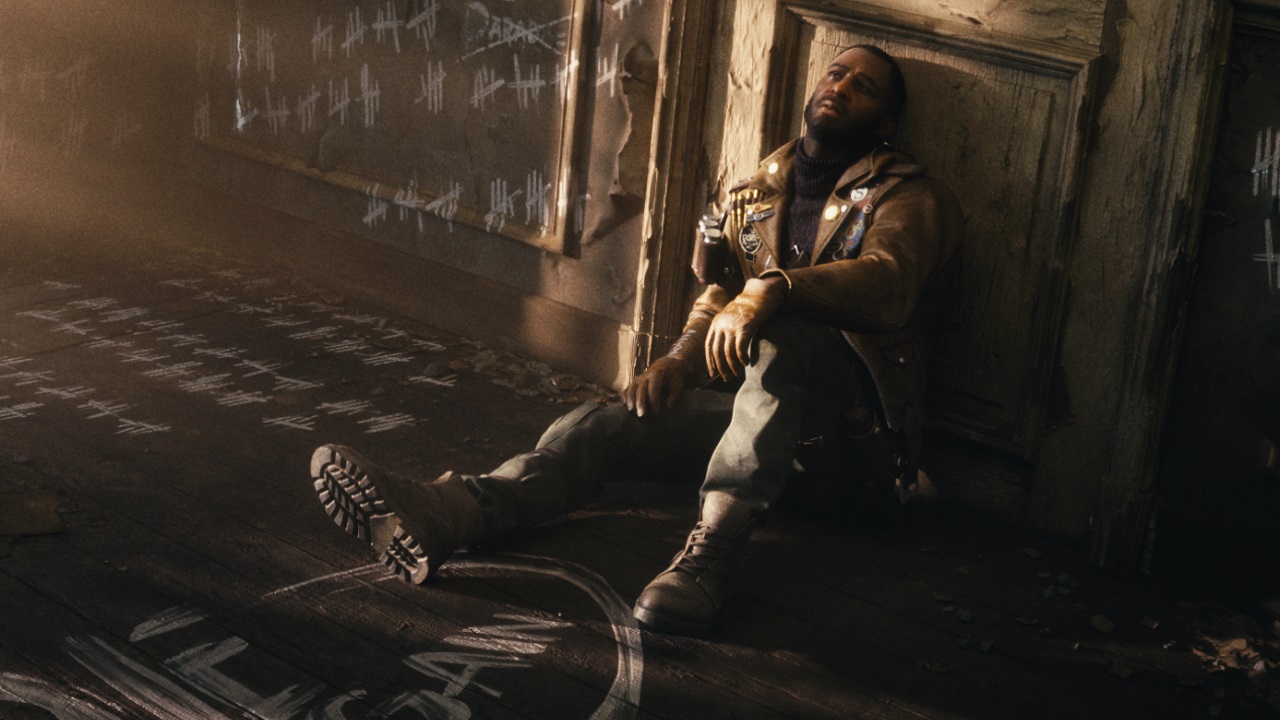 For about two years, Arkane Studios has been preparing an interesting evolution of its games in Deathloop. It’s a first-person action shooter in which you replay the same day in an effort to kill eight targets scattered throughout an island of people ready to kill you on sight. It was a bit hard to grasp for a while, but the outcome is something amazing. Mixing stealth, weighty gunplay, supernatural powers, and play-your-way weapons and gadgets, Deathloop is a greatest-hits amalgam of Arkane style with a splash of grindhouse grittiness and a satisfying murder puzzle narrative to put it apart from anything that has come before.

In Deathloop, you play as the rough and tumble Colt Vahn. Colt wakes up one morning on the island of Blackreef, which is home to a society that enjoys the luxury of living the same day in an endless time loop. They are ordered to kill Colt on sight because he betrayed the organization that created the loop and is trying to break free of it. If Colt is going to get away from this cycle of death, he has to kill eight “Visionary” targets that keep the loop stabilized in the span of one day. Easier said than done as they’re scattered across the island with their own agendas and routines. All of it makes for an elaborate murder puzzle you’re going to have to put together piece by piece, learning more with each repeat of the day and the opportunities your collected information gives you.

If that wasn’t enough, Colt has a constant companion through his time looping journey. The only other person on Blackreef that seems to keep their memory loop after loop is Julianna Blake, who oversees hunting Colt down and making sure he doesn’t break the cycle. Julianna likes to stay in touch with Colt, whether through radio contact in which the two share regular banter or through trying to put a bullet in his noggin when she arrives in a zone he’s exploring. Julianna and Colt’s conversations are some of the funniest parts of the game and where secrets pertaining to the island, why everyone is there, and how things ended up the way they did come out.

Those conversations also help set the tone of the game. Deathloop is extremely grindhouse in its nature. Everything is brash and dirty. You have weapons that mostly look like they were cobbled together from scrap and yet somehow feel great, and the island has all sorts of scenery, from squalor and repurposed old structures to scientific facilities, bunkers, art installations, and snazzy clubs. The island of Blackreef is generally breathtaking and each area takes on drastically new life as you progress through a day unraveling its secrets.

All of this is also aided by a fantastic soundtrack that keeps the vibe electric whether you’re sneaking about like a silent assassin or making a ruckus with a loud and proud shotgun. In particular, there’s a core tune that feels like it’s repackaged nicely across the various areas, sounding jazzy when you’re fighting in the club or sounding a little close to the riff of Led Zeppelin’s Whole Lotta Love when you’re fighting your way across the scarred bunker area of the island. I really loved how well the music of this game played and adapted into whatever I was doing. It ties a delightful bow on a immersive package of narrative, puzzle-solving, and combat.

Solving the loop, day by day

So let’s talk about how you actually do go about breaking the loop and escaping Blackreef’s insanity. Guns and powers aren’t your primary weapon in Deathloop. Rather, information is the greatest weapon of all in this game. Each day, you get to explore different locations like Karl’s Bay or Fristad Rock during four different times of the day: Morning, Noon, Afternoon, and Night. Time won’t move forward till you leave a region to head back to your hideout. However, as you explore different places, you will find different clues that are either universal to the location or specific to a time of day. For instance, one Visionary can only be found in Karl’s Bay in the Morning, then they disappear.

By exploring different places during different times of day, you glean clues and leads that will help you arm yourself better or optimize Visionary kills. With a running tab on info from everywhere you explore at every time, it’s all a very smart design that will have you valuing every clue as if it were gold. The only thing that can be tough about this is that your life can be depleted three times throughout the day. After the third time, you die for good and have to restart the day, losing anything you haven’t preserved through a special method. That can be deflating when you’re on the cusp of a breakthrough only to be gunned down at the finish line.

Not to say the real weapons aren’t rather fun. Deathloop has quite the arsenal for whether players want to play loud or silent. There are a number of basic weapon categories, as well as higher quality versions and variations of them. For instance, there’s a machine gun that puts out a hailstorm of bullets, but if you find a purple variant of it, it might make enemies explode when you kill them with headshots. You also might find a nail gun that lets you kill enemies far easier if you mark them first. You can also upgrade both the weapons and Colt with Trinkets. These equippable modifications add things like better firing rate, higher damage, and faster reloads to guns. Meanwhile, Trinkets for Colt give him perks like taking less damage, finding more ammo, and not taking damage from big falls, just to name a few effects.

Then there’s the Slabs. These give you supernatural powers. Only Visionaries and Julianna have them and getting them is tough, but oh so worth it. They allow you to do typical Arkane things like blink forward through space or turn invisible, but I think my favorite was Nexux. It allows you to link enemies in close proximity together and kill them all by taking out one. It’s absolutely delicious when you cue it up on three or more people and then pump a shot from a silenced nail gun into one noggin to silently ice a whole crew. Weapons, trinkets, and powers thoroughly cater to your needs in Deathloop and they feel great. You also eventually get a method to preserve your favorite gear so you can keep them through loops. That way, you can keep and evolve your favored playstyle throughout the game and capture some very lovely rare weapons to keep for your collection.

I mentioned Julianna has some good stuff and that will come into play quite often. If you’re in an area with a Visionary and you haven’t already killed her that day, there’s a chance Julianna will appear to lock your escape route and hunt you till she kills you or you kill her. She will be played by AI or another player based on your settings. Regardless, if you kill her, you can get a ton of good gear off of her, as well as an assured power Slab.

I played as her as well and it’s fun hunting Colt. He has three lives and you have one, so you can absolutely be devious about it, hiding among henchmen, taking up ranks alongside a Visionary, and setting traps for him. For him, he gets your good gear if you die, but for you, killing Colt helps you raise your Hunter Rank. Higher Hunter Ranks let you equip Julianna with expanded loadouts and also unlocks alternate outfits for both her and Colt to use throughout the game. I also like that you can change Julianna's invasions to Single Player to play against AI if you'd rather not bet on the challenge of random players cutting your run short. You can even set it on Friends Only to limit Julianna appearances to your trusted buddies. That last one is a very lovely touch.

I’d like to say Deathloop is perfect, but I can’t. It’s not without some quirks, and some nasty ones at that. At the very worst, I had the game crash on me a few times – notably, once when I was loading in to play as Julianna and once as I initiated a firefight with unsuspecting enemies on the first shot. It just booted me out to the dashboard and I had to restart from whatever stage of the day I was at, leading to some lengthy lost exploration in one case. I can confirm from other sources that PC also experienced some crashes in similar manners. The game has some glitches, too. There were a few times where I caught enemies stuck in their own mini loops of animation, running at doors and never opening them. There were also occasional graphical glitches like smoke textures artifacting in ways that didn’t seem purposeful. These weren’t by any means frequent or jarring enough to break the game, but they do keep it from being absolutely untarnished.

There are so many things I love about Deathloop it’s hard to limit myself in gushing about it. It’s not just some of the best design I’ve seen out of one of my favorite studios, Arkane has also incorporated fun elements from games like Dark Souls and Hitman into Deathloop to make it altogether its own deliciously unique offering. AI can bumble a bit and the cost of failure can be high, but Deathloop still delivers a visceral and engaging murder puzzle that demands thorough investigation and gritty gunplay down to its final twists and turns. Colt and Julianna’s rivalry keeps the tension and stakes high and it’s a loop I’ll be going back to over and over again, whether to break it or break other players for trying to break it.

This review is based on a digital PS5 version supplied by the publisher. Deathloop releases on September 14, 2021 on PS5 and PC.