Nintendo is revealing the Switch to the press tomorrow evening, but we don't know exactly how in-depth they're going to be with upcoming Nintendo Switch games. We assume they'll be at least dropping information on which titles will be Nintendo Switch launch games, but we may have to wait longer to get info on future titles for the console/handheld hybrid.

The following is a list of titles that have either been outright confirmed for the Nintendo Switch or had enough rumors circulate to make their existence a forgone conclusion. 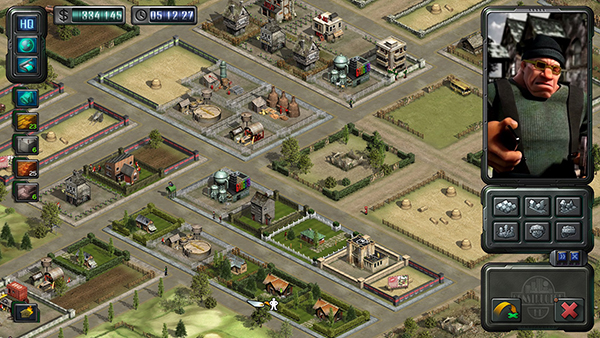 This remake of the 1997 management tycoon-style game was announced to be heading to Nintendo Switch via the official Constructor Facebook page. No release date or further details have been revealed. Constructor will also be coming to PC, PlayStation 4, and Xbox One.

Cube Life: Island Survival was first released on the Wii U eShop. The developer, Cypronia, is bringing the game to Nintendo Switch and PC, but the ETA is still unknown.

Dragon Quest XI was confirmed to be heading to the Nintendo Switch in the same announcement with Dragon Quest X, also sans release date. Dragon Quest XI is a more traditional jRPG than its numerical predecessor and will also be coming to PlayStation 4 and Nintendo 3DS.

Ubisoft announced a Nintendo Switch version of their dance game, Just Dance 2017, during E3 2016. It's expected to be out sometime in 2017.

The Legend of Zelda: Breath of the Wild is confirmed for a 2017 launch. However, there is still some speculation on whether or not the title will release in time for the Nintendo Switch's launch. If it does make the launch, Breath of the Wild will get a March 2017 release, if not it will more than likely only be a few months behind.

LEGO City Undercover was previously a Wii U exclusive. TT Games has announced they're porting Lego City Undercover to Nintendo Switch, PC, PlayStation 4, and Xbox One sometime in Spring 2017.

Sega announced a new Sonic game, dubbed Project Sonic, would be coming to Nintendo Switch, PC, PlayStation 4, and Xbox One. Not much was shown on Project Sonic except a small debut trailer, and no release date has been confirmed.

This adventure game from Tequila Works was originally a Sony PlayStation 4 exclusive, but after Sony decided against publishing the game, it's now coming to PC, Xbox One, and Nintendo Switch in addition to the PS4. Rime was recently confirmed for a May 2017 release.

The indie title by AnyArts, Seasons of Heaven is coming to Nintendo Switch. The game is published by Square Enix and is about a boy and his dog exploring a mysterious and fantastical world. No release date has been confirmed for Seasons of Heaven yet.

Five games shown in the Nintendo Switch first-look trailer haven't been confirmed by either Nintendo nor their hypothesized development studios yet.

Although this game was shown in the Nintendo Switch trailer, Bethesda and Nintendo have kept mum on whether Skyrim will appear on the system or not. A Nintendo Switch GameStop page, since taken down, referred to the game as a playable title for the Switch, though.

An NBA game resembling NBA 2K17 was shown in the first-look trailer being played on the Nintendo Switch. 2K Sports hasn't announced an NBA 2K17 release for the Nintendo Switch, but the footage seems much too close for there not to be some plan to bring the NBA 2K series to NIntendo's new system.

Footage of a new Super Mario series title that appeared to play like Super Mario Sunshine and Super Mario 64 was spotted in the Nintendo Switch first-look trailer as well.

A version of Splatoon was seen playing on Nintendo Switch in the first-look trailer. What makes this version of the game so odd is that it featured customizable hairstyles, which is an odd change to make if you're just using it as stock footage.