What Games to Buy in the Steam Summer Sale

There are a lot of games out there. I mean, let’s be honest. There are hundreds of thousands of games ranging from AAA titles to Indie Games, to everything in between. So how do you know what’s worth your money, and what you should skip out on during Steam’s massive Summer Sale? We’ve put in the work so you don’t have to, and this guide will showcase some of the best games available during the sale, as well as point you in the right direction to purchase them. So let’s get started.

To make things easy, we've also placed links to all the Steam pages in the headers for each game below, so be sure to click on them for maximum purchasing ease. 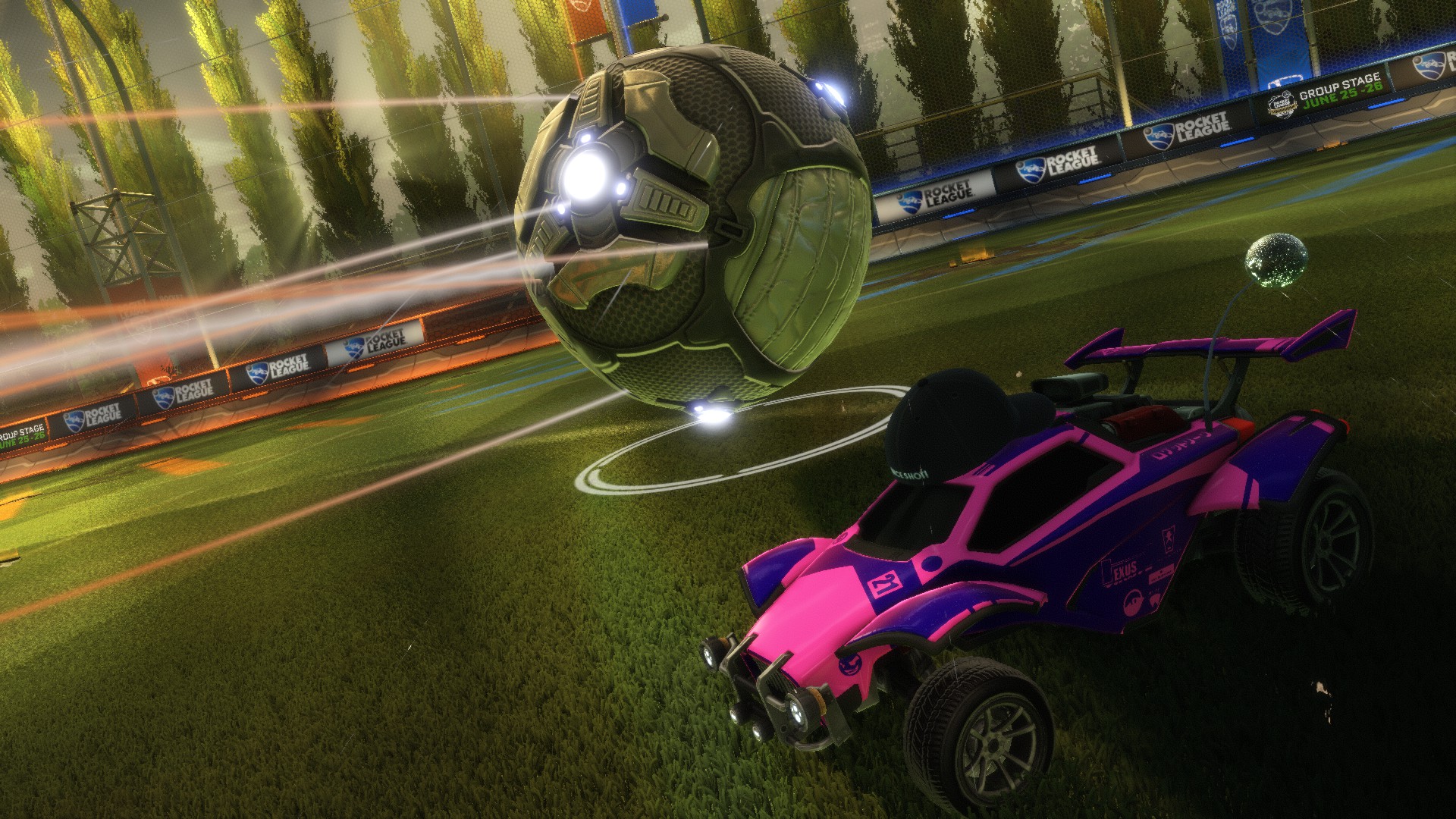 First up on our list is a fun and engaging new type of sports game. Rocket League, or Rocket Cars as some of us like to call it, is like soccer, but with rocket powered cars, and a giant explosive ball. You can play on your own, take on teams of two or three, or just chill out in the arena with your friends as you all try to make your best aerial goals ever. The best thing about Rocket League? You don’t even have to be a sports fan to enjoy this fast-paced adventure. Rocket League is currently on sale for 40% off, making it a grand total of $11.99 during the sale. 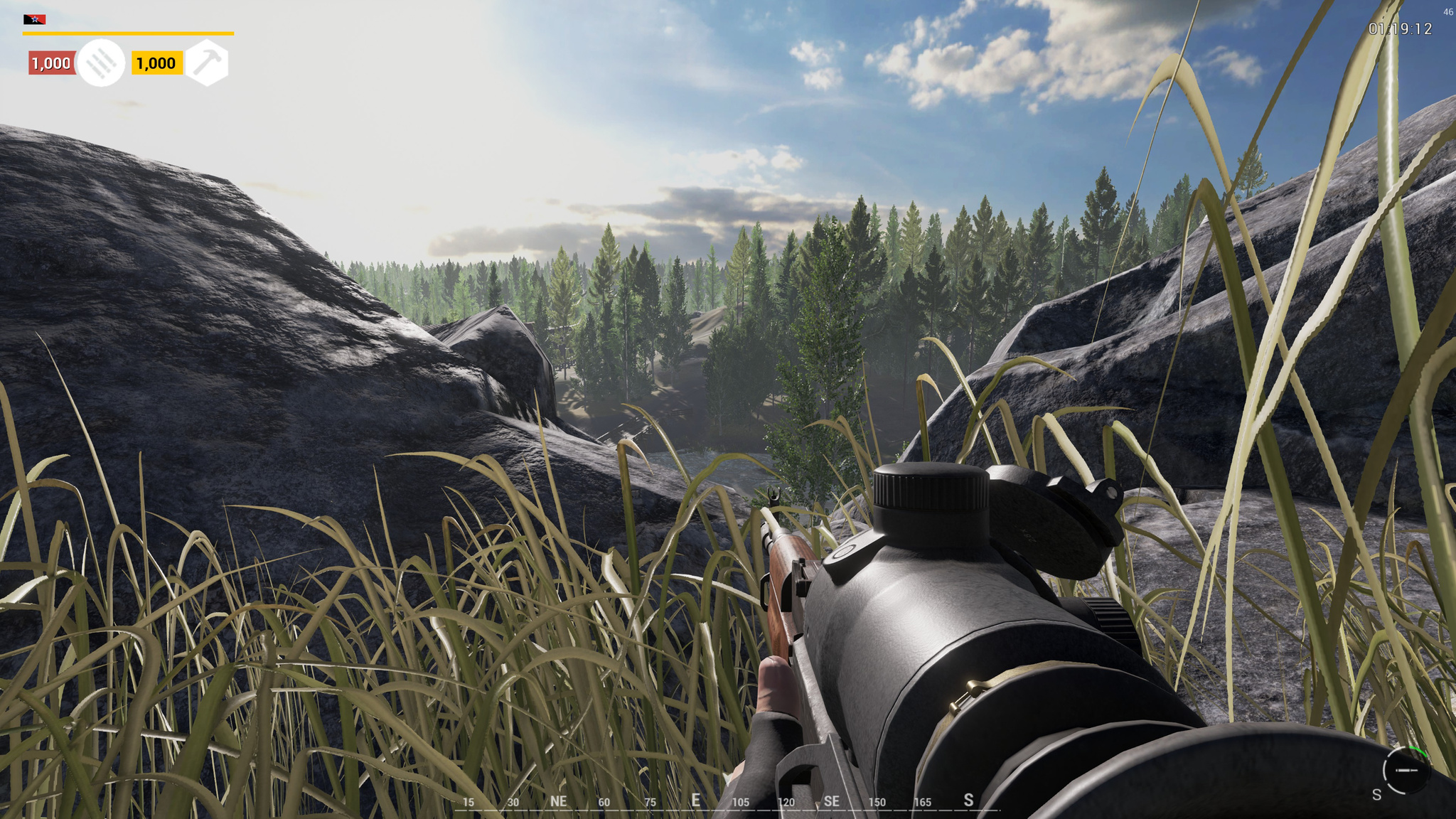 Do you enjoy long walks through enemy territory? Are you looking to squad up with large groups of people and take on your enemies using modern combat techniques? Do you enjoy military-style simulators? If you answered yes to any of the questions above, Squad is for you. This team-based online multiplayer game is built around teamwork from the ground up, and you’ll need to be ready to communicate with any and all members of your squad as you push your way through enemy territory in one of the most exciting military simulation games we’ve seen to date. It’s currently on sale for 25% off, making it just $29.99 to buy into the action. It is an Early Access title, however, so take that into account before purchasing. 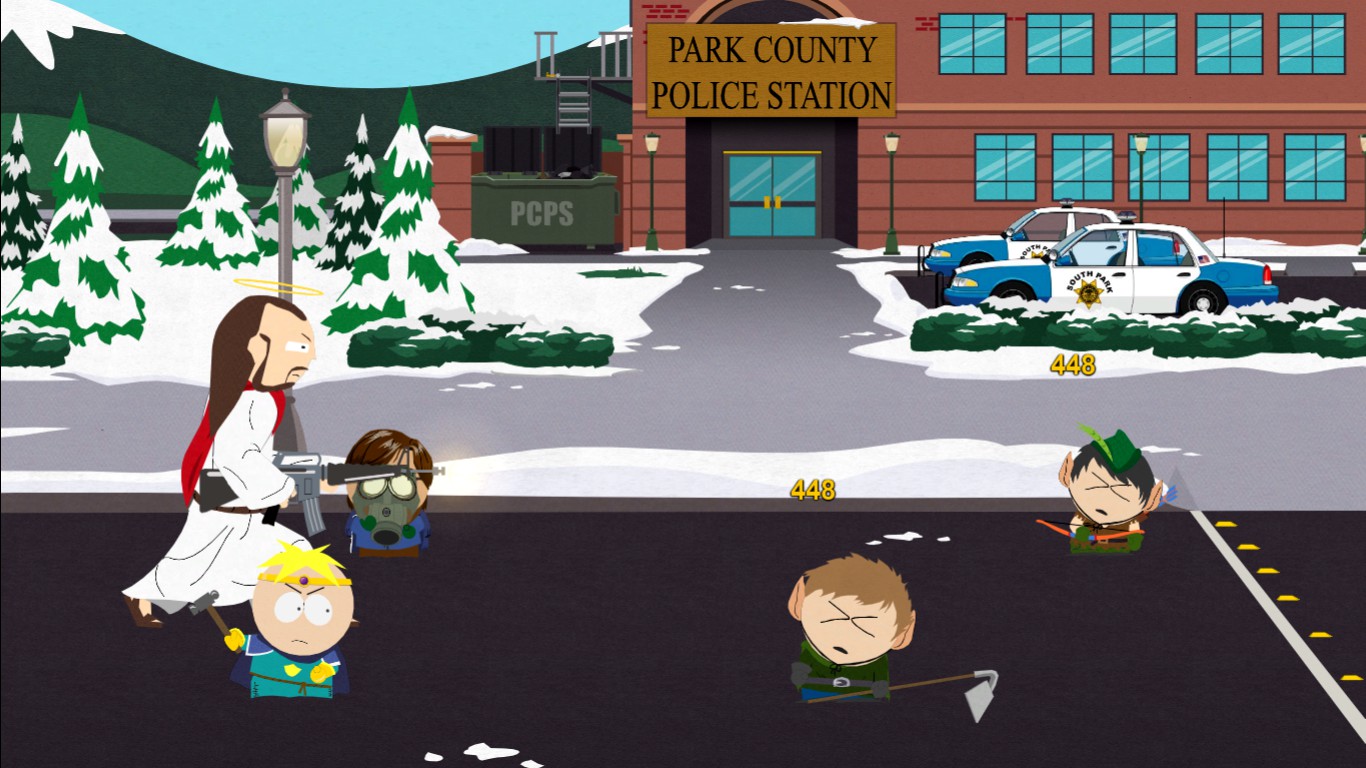 Raunchy humor, lots of farts, and a whole lot of laughter. This the recipe used to help create South Park: The Stick of Truth. Join Cartman and friends on a hilarious journey through South Park as you fight your way through this turn-based RPG featuring all the things you could ever ask for out of a South Park game. It’s a lot of fun, includes a hilarious story, and features most of South Parks’ greatest characters. It can get a little weird at times, but it’s South Park, so we were all expecting that, right? The Stick of Truth can be picked up for 75% off right now, making it just $7.49 to purchase. If you haven’t picked it up yet, don’t miss out on this comedy gem as we prepare for the next upcoming adventure, South Park: The Fractured But Whole. 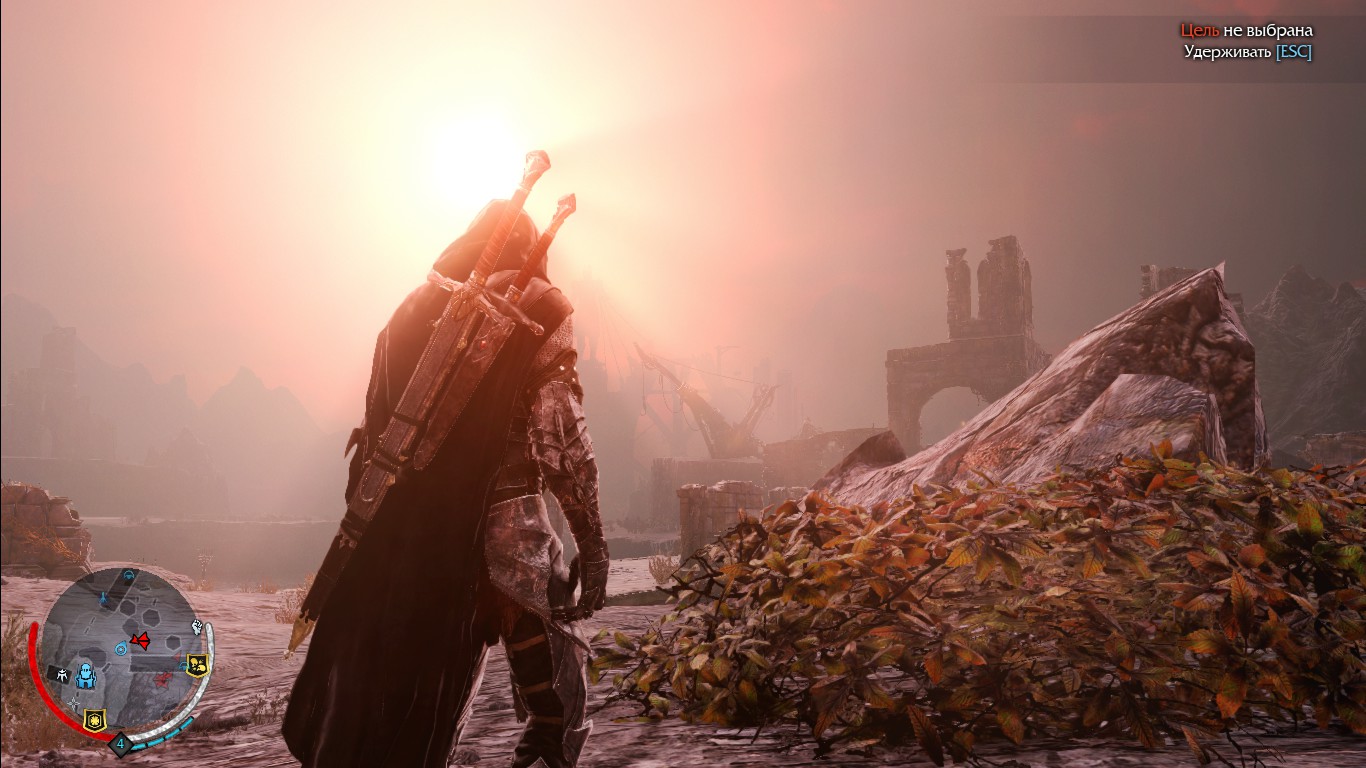 If you’ve ever watched a Lord of the Rings film and thought ‘Man, I wish I could fight in that epic fantasy land, lopping off Orc heads, and saving people from darkness’ then look no further. Shadow of Mordor is the ultimate Orc killer simulator. The game’s special Nemesis system makes fighting new enemies fun and frantic. Take back your life, and fight your way to the top of Sauron’s army, chopping and slicing until you have destroyed them all. Take to the battlefield in the fantastical land of Mordor, and show the Orcs what death truly looks like. At a whopping 75% off, Shadow of Mordor can be picked up for the low price of $12.49. You don’t want to miss out on this adventure. Trust us. 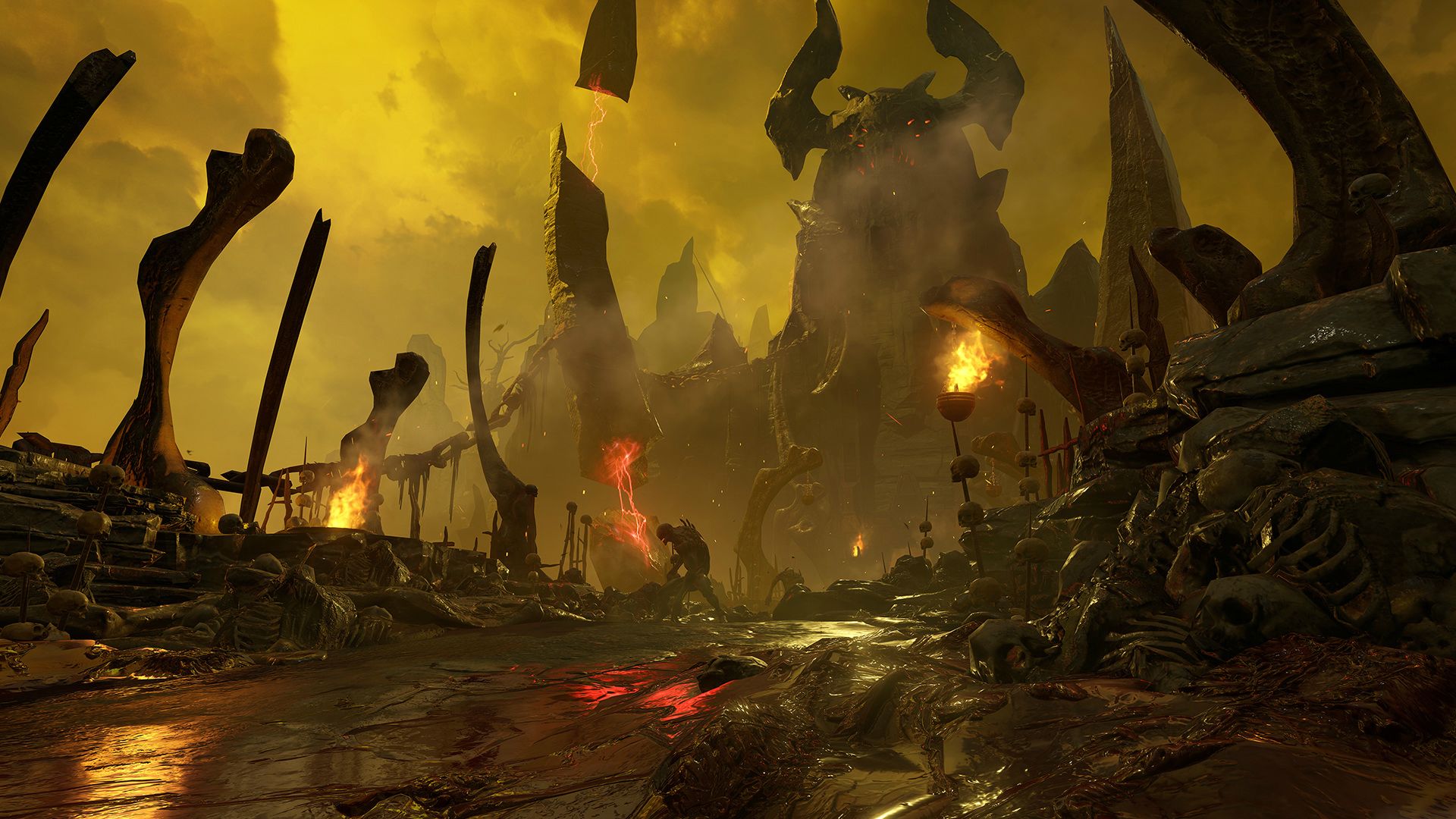 Hell is here, and it’s time to fight it. DooM is the resurrection of one of video gaming’s greatest FPS franchises, and it is good. Step back into the shoes of the DooM Marine, and show hell that you’re not ready to give up Mars just yet. Featured a frantic campaign reminiscent of the original DooM games, as well as one of gaming’s most emotional, yet silent, protagonists, DooM is a FPS masterpiece in a time when first person shooters have grown too stale. id Software has also included several optional modes, like Snapmap where you can make your own levels, and the return of id’s fast-paced multiplayer, DooM is a steal at 40% off regular price, making it a whopping #35.99 to pick up this outstanding take on one of our favorite FPS series. 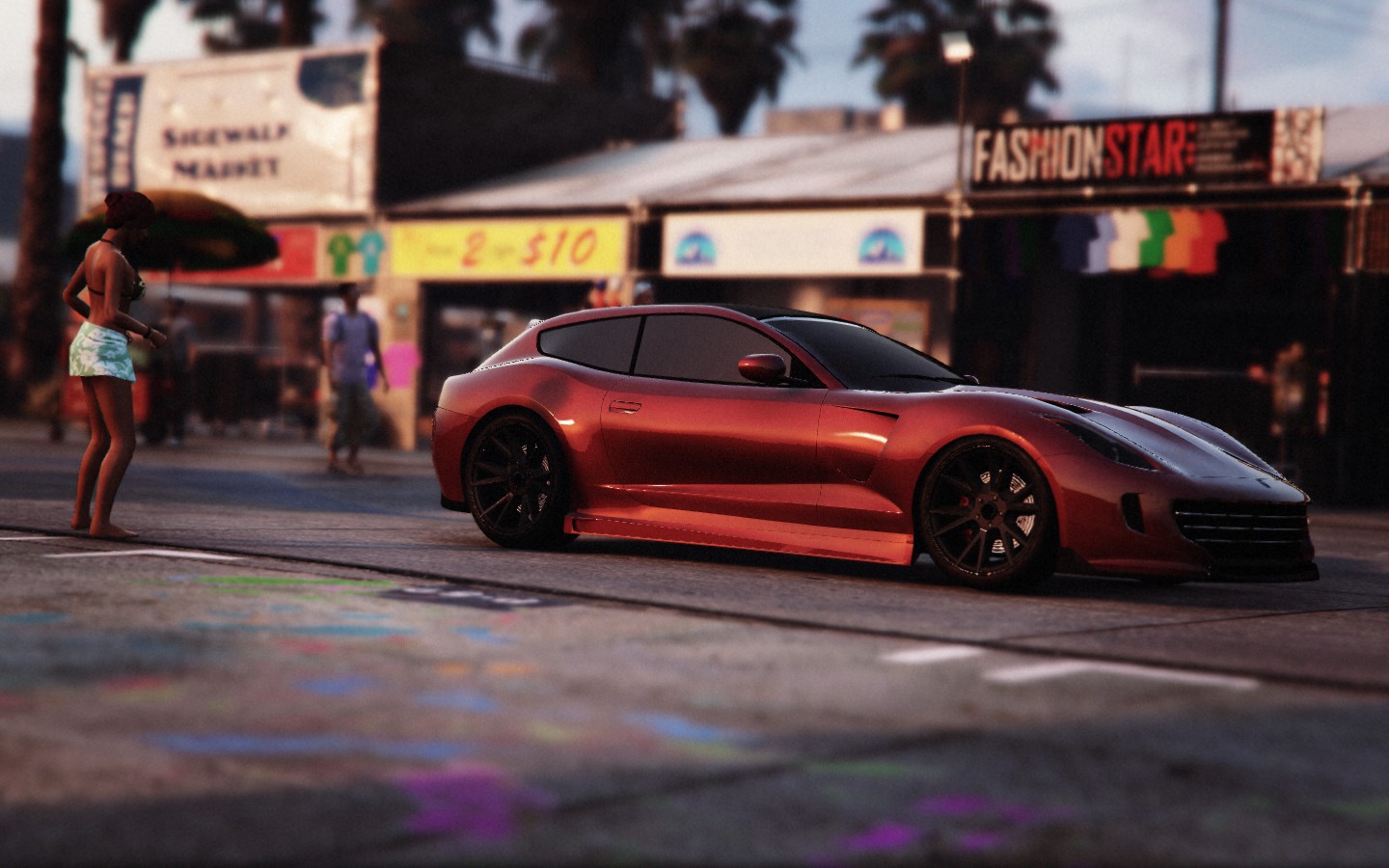 Grand Theft Auto V finally made its way to PC last year, and it’s been a heck of a ride since then. With new updates coming every few months, Rockstar Games has kept the game alive over three years after its initial release on PS3 and Xbox 360. Of course, it wouldn’t be a Rockstar Game without an epic open world to explore, and Grand Theft Auto V has tons of back alleys and dirt roads just waiting for you to tear down them in an oversized pickup truck. Or, if you prefer, take to the streets in a stylish sports bike, and show Los Santos that you’re ready for whatever they’ve got to throw at you. Once you’ve finished the singleplayer, be sure to head into Grand Theft Auto Online, and experience the city as it was truly intended. At 40% off, Grand Theft Auto V can be picked up for $35.99, and it is worth every penny. 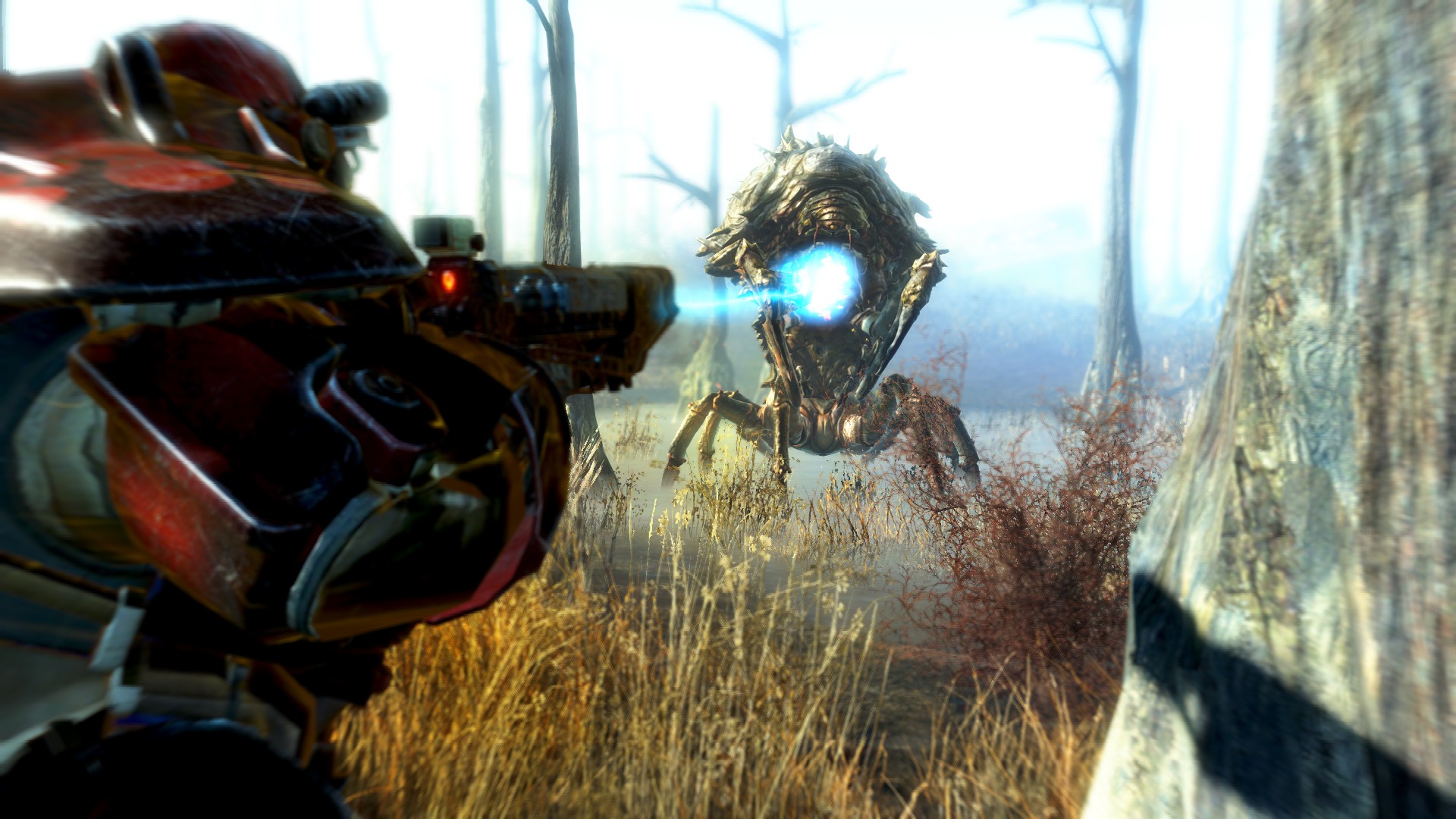 The Wasteland has returned and while it’s pretty much just more Fallout, Fallout 4 is a gem of its own. Step into the shoes of a new kind of Vault Dweller, and explore the world of the Commonwealth as you search for your stolen child. It’s a fun adventure filled with lots of twists and turns, and while the main story might not be the greatest we’ve ever heard, the overabundance of cool DLC and the added massive+ area of Far Harbor to explore, makes Fallout 4 and its Season Pass worth picking up. You can grab the base game for just $29.99 right now, that’s 50% off the original price.

Last but certainly not least, the Witcher Geralt and his friends have to make our list. Cited as our Game of the Year for 2015, The Witcher 3: Wild Hunt is easily one of the greatest RPGs we’ve seen in recent years. As Geralt’s last adventure, CD Projekt Red put a lot of love and hard work into the game, and expanded on that even more in the expansion packs that followed. Join the famed white-haired Geralt as he searches the Norther Realms for his adopted daughter, Ciri. Explore ruins, take on fantastical beasts, and see just how much war can affect a land as you travel from the Islands of Skellige far in the west, all the way to Oxenfurt in the east. It’s a journey you don’t want to miss, and with over 100 hours of content in the base game, it’s sure to help suck up a lot of your free time this summer. You can pick up Geralt’s last adventure for 50% off right now, making the starting buy-in just $24.99. If you only buy one thing on this list, make sure The Witcher 3 is that purchase.

These are just some of the best deals available right now, during the Steam Summer sale. We know it can be pretty nerve racking trying to figure out what to buy, so be sure to take your time aas you think things over. Just make sure you don’t miss out on these good prices, because the Steam Summer Sale is only good until July 4 at 10AM PDt.

Something on your list of games to pick up that we didn't include? Be sure to share your own suggestions on the Chatty. We'd love to hear about them.

What you need to know about HDMI 2.1 for PS5 and Xbox Series X