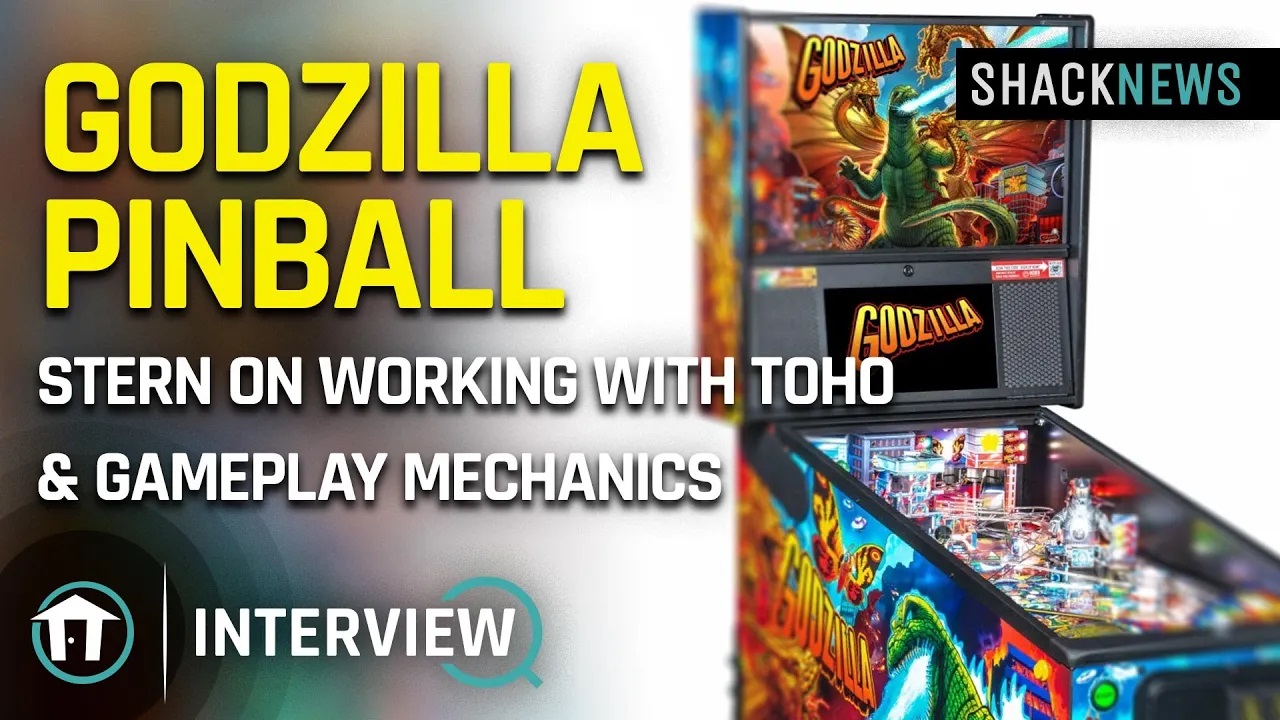 Stern has picked up a number of amazing licenses to work with when it comes to creating new pinball machines over the years, and with each new machine, it seems to top itself. The latest crème de la crème was the release of a new Godzilla Pinball machine, actually done in partnership with license holders Toho. We recently got to chat with Stern Director of Marketing Zach Sharpe about the details of the game, what working with Toho was like, and how Stern improved upon its machine design in this latest creation.

The Godzilla Pinball machine has looked incredible from the first announcement in September. It features Mechagodzilla, Mothra, a collapsible building multi-ball target, the Xileans, and even the original theme and Blue Öyster Cult’s Godzilla song. According to Sharpe, it was a dream come true for a lot of fans on staff and the team worked extremely closely with Toho to make it happen. With their collaboration, they arrived at theming a lot of the machine specifically around the Showa Era of Godzilla that ran from around 1954 to 1989.

More than theming and using the Godzilla license properly, Stern’s Godzilla pinball machine also features a lot of first-time mechanical implementations for the company. For starters, it’s one of the first Stern Pinball machines to come with the new Stern Insider Connect program pre-installed and ready to go – no add-on kit necessary. It also features some unique board functions like the Magna Grab magnetic Newton ball system where a pinball can be grabbed and latched magnetically to a target that allows the ball to swing around a center point. These key points and more serve to make the Godzilla Pinball machine one of the most innovative Stern designs yet.

Stern’s Godzilla Pinball machines are available for order now and are already out in the wild at various arcades and partners. You can learn more about it on the Godzilla Pinball page of Stern’s website. Want more videos? Be sure to check out the Shacknews and GamerHubTV YouTube channels where we always share new reviews, interviews, unboxings, and features on the latest video games, technology, and toys.