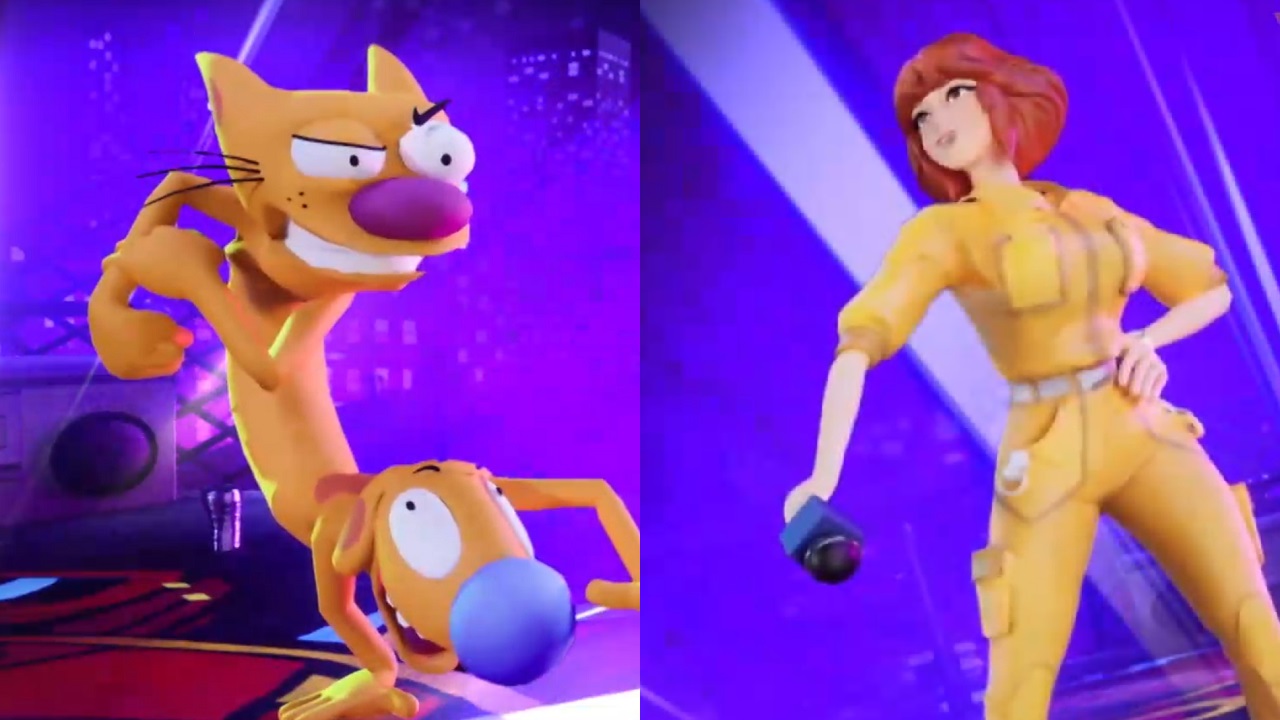 Nickelodeon All-Star Brawl put an entire world of Super Smash Bros. fans and Nickelodeon fans’ heads on a swivel when it was suddenly announced in July. Being able to throw down with our favorite Nickelodeon characters in an all-out battle for supremacy sounds like an incredible proposition, and we’ll be able to see everything it has sometime this Fall 2021, but until then, there are plenty of reveals to see. For instance, we just got the reveal of CatDog and April O'Neil as playable characters in Nickelodeon All-Star Brawl’s roster!

CatDog and April O'Neil were announced for Nickelodeon’s All-Star Brawl during the Future Games Show Gamescom 2021 presentation on the GamesRadar Twitch channel on August 26, 2021. CatDog was the star of their own titular show in which one end is a cat and the other is dog, connected at the middle. They'll feature a bunch of their show antics, being quite stretchy as you pulverize folks with Cat's mean streak and then also belt them with the impromptu muscles and fire hydrants of Dog.

Meanwhile, April O'Neil has moved up from damsel-in-distress of the Teenage Mutant Ninja Turtles to butt-kicker this Gamescom 2021. She was already confirmed as a playable character in the TMNT beat-'em-up from Dotemu and now she joins the Nickelodeon All-Star Brawl roster as a flexible martial artist.

That wasn't all that was revealed. We also got confirmation that Nickelodeon All-Star Brawl is coming to Steam on PC. That means that players on all major consoles including PS4, PS5, Nintendo Switch, Xbox One, Xbox Series X/S, and PC will be able to throw down in this growing battle of our childhood cartoon stars.

We have our own ideas of who should be in Nickelodeon All-Star Brawl's roster. CatDog and April were definitely two of our picks, so be sure to check out our full list and see if we were right leading up to the launch sometime this fall 2021 season!