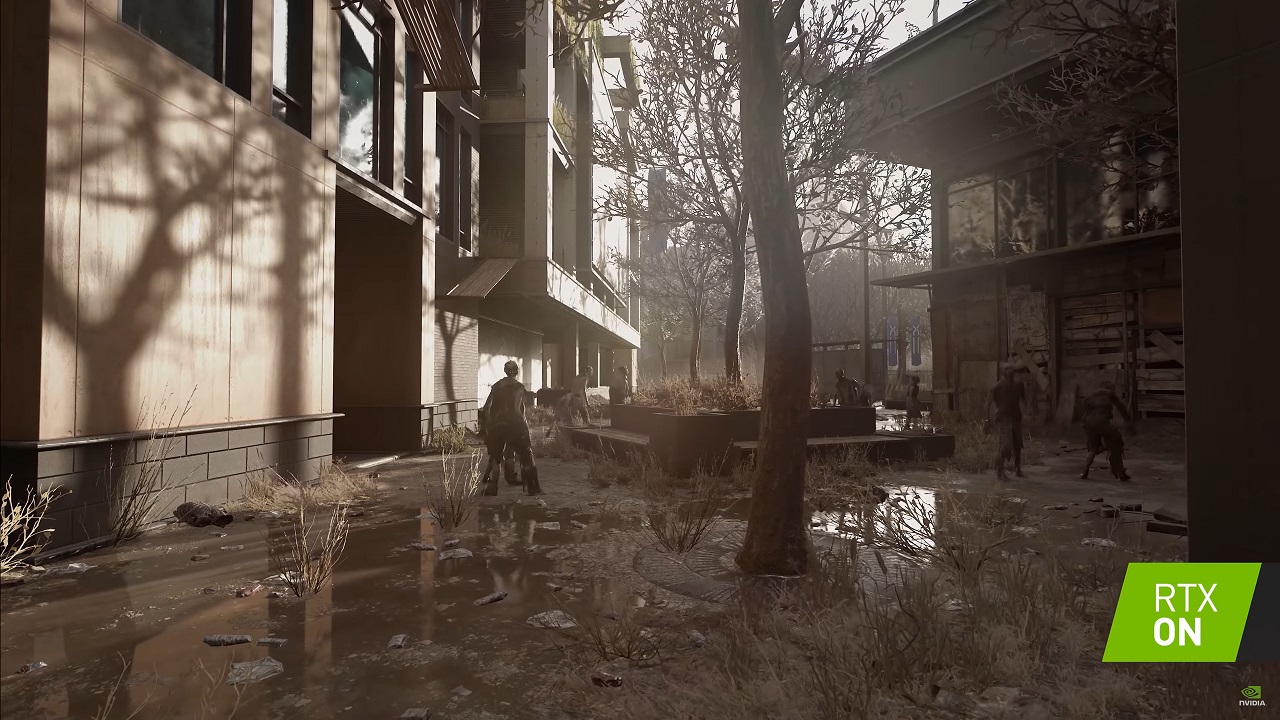 Techland’s return to the spotlight with Dying Light 2 has been fairly eventful. Since the company broke silence in March 2021, it has worked towards releasing a regular flow of new details and reveals for the much-anticipated urban survival zombie game. We just got a new look at combat as part of Gamescom 2021, but another announcement came soon after. Techland has partnered with NVIDIA to bring RTX and DLSS support to Dying Light 2.

Techland and NVIDIA made this announcement in a YouTube video and press release soon after its Gamescom 2021 Xbox gameplay reveal on August 24, 2021. The two have partnered to integrate RTX and DLSS support into Dying Light 2, a first for a Techland game. With the partnership, Dying Light 2 will feature real-time ray tracing and DLSS rendering, including sun-calculated shadows and further high-end graphical lighting effects. The game was already confirmed for things like 4K support, so with today’s announcement, Dying Light 2 is looking pretty set to be one of the most beautiful-looking Techland games yet.

The semi-regular flow of new info on Dying Light 2 has made the game look more exciting bit by bit over the last few months. With its signature parkour style returning, the gameplay and combat in Dying Light 2 with both humans and infected creature is looking more intense than ever. Moreover, Techland has continued to stress the story and consequences of choice that will be a major part of Dying Light 2 throughout, including minor and major effects on the city and its ongoing threats throughout the game

With NVIDIA RTX and DLSS support confirmed for Dying Light 2, we’re expecting that it will at least be the most beautiful game ever offered by Techland. Stay tuned as we continue to follow the game for updates and info.