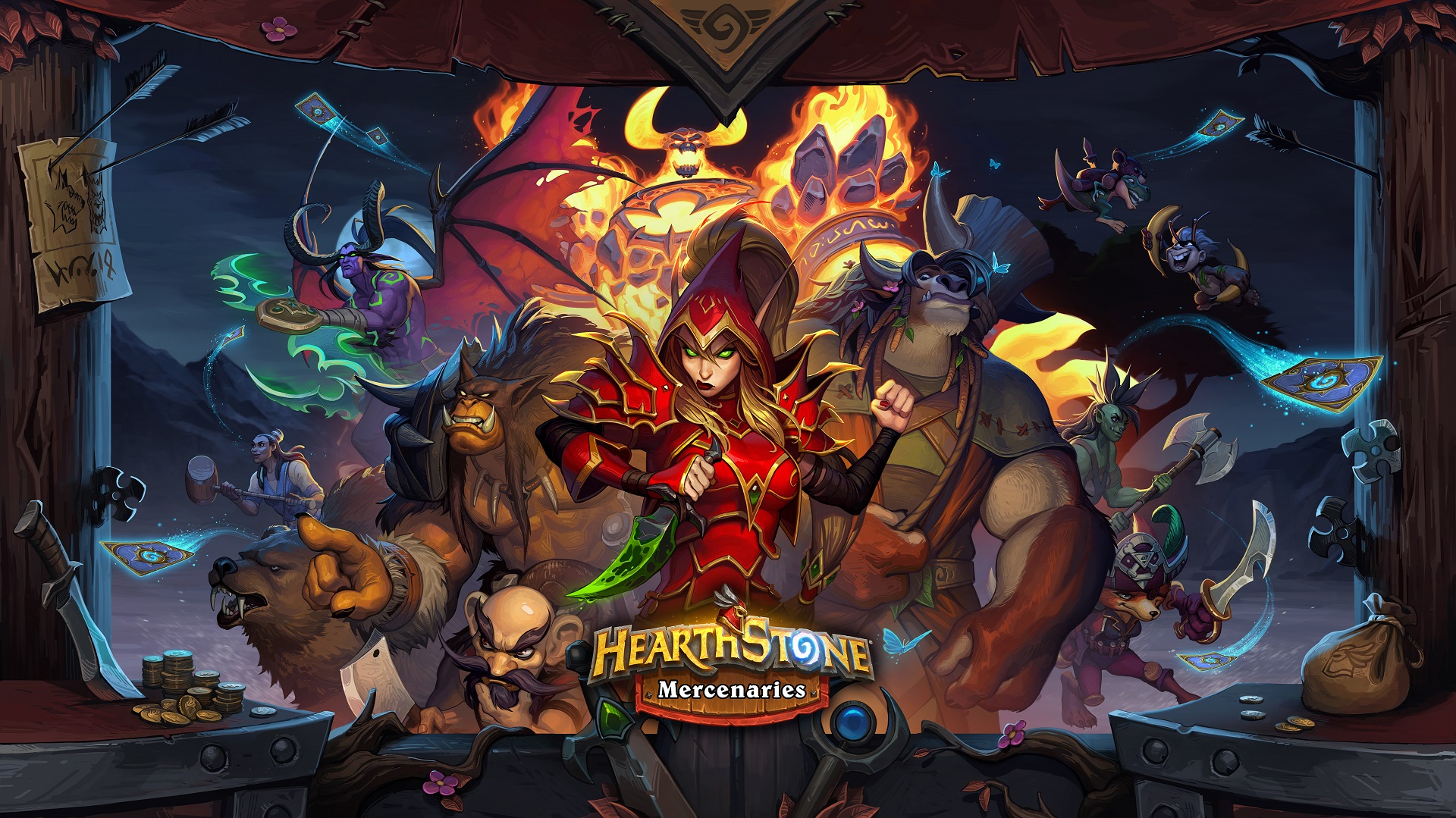 According to the Hearthstone website, Hearthstone Game Director Ben Lee, Game Designer Joe Killion, and UI Designer Hasiba Arshad will gather around next Tuesday, August 31 at 9 a.m. PT to detail the new Mercenaries game mode. In addition to showing off new gameplay, the trio will reveal the official Mercenaries release date. While there are no other specific details about what the stream will entail, there is an incentive for Hearthstone players to watch. Those who tune into the Hearthstone Twitch channel can earn up to two United in Stormwind card packs.

The original plan was for single-player Mercenary stories to play out over the course of the Year of the Gryphon, which would ultimately lead to the release of the Mercenaries mode. Those plans were impacted slightly over the past few months, but Blizzard has managed to release a couple of Mercenary stories and it looks like the full-blown Mercenaries mode will be ready sooner than later.

Before wrapping up, we once again wish to bring light to the continuing situation at Activision Blizzard. As a show of respect to the employees, including those on the Hearthstone team, we would like to take a moment to repost their demands that they made public prior to their highly-publicized walkout. Furthermore, we would like to encourage our readers to donate to the following charities: Black Girls CODE, FUTURES, Girls Who Code, RAINN, Women in Animation, and Women in Games International.

We'll be watching the Hearthstone Mercenaries deep dive stream along with the rest of the game's community and we'll be sure to report back with any pertinent information. Keep it on Shacknews for the latest updates.