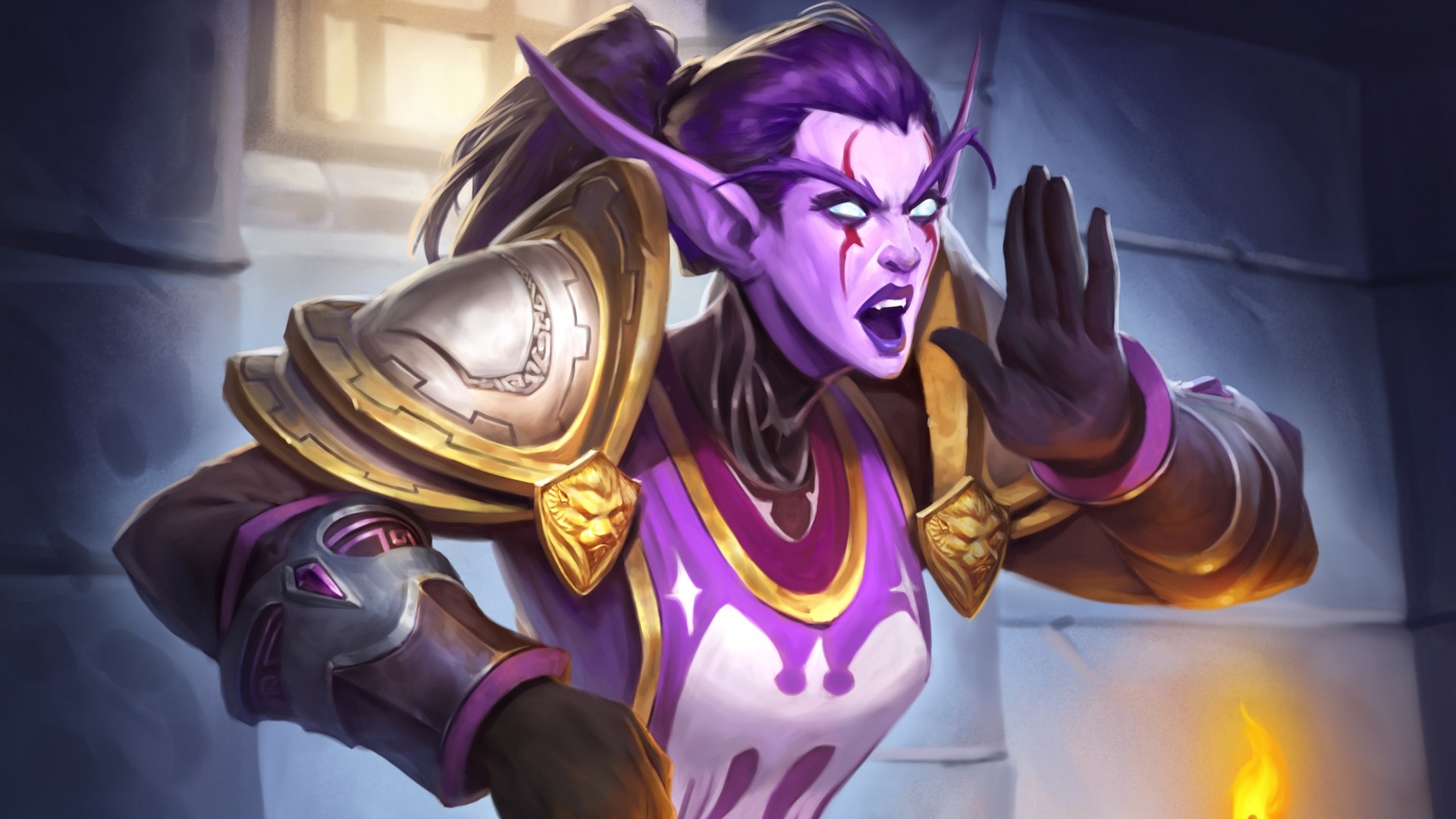 The Hearthstone meta since the release of the United in Stormwind expansion has been running wild with broken decks, many of them driven by individually overpowered cards. It's hard to imagine that a single balance patch will fix this up, but the development team is certainly going to give it a shot with the new 21.0.3 patch. A whopping eight cards are getting hit with the nerf bat, but whether this leads to a more balanced Hearthstone experience remains to be seen.

Before we dive into today's patch notes, we wish to acknowledge the continuing situation at Activision Blizzard. As a show of respect to the employees, especially those affected, we would like to take a moment to repost their demands that they made public prior to their walkout. Furthermore, we would like to encourage our readers to donate to the following charities: Black Girls CODE, FUTURES, Girls Who Code, RAINN, Women in Animation, and Women in Games International.

The following changes will be implemented with Tuesday's 21.0.3 patch, according to the Hearthstone website:

The developers note that this is in an effort to try and slow down the meta by a few turns. For the most part, this looks like it should work, but as a Hearthstone armchair quarterback, my immediate observation is that a few more Warlock pieces may have needed tweaking, especially with Stealer of Souls, Nightshade Matron, and Hand of Guldan severely overpowering the new Warlock Quest.

This isn't all that's changing, though. Hearthstone Battlegrounds is getting a few tweaks. Shudderwock will return to the hero pool with an all-new Hero Power. Twice each game, the Shudderwock can add a 1/1 Shudderling to its hand, which will repeat all Battlecries played this game.

On top of that, some heroes are getting their Hero Powers tweaked. Let's take a look at what to expect:

Will all of this be enough to make Hearthstone a more balanced place in the wake of United in Stormwind? We'll find out when the 21.0.3 patch drops this Tuesday.