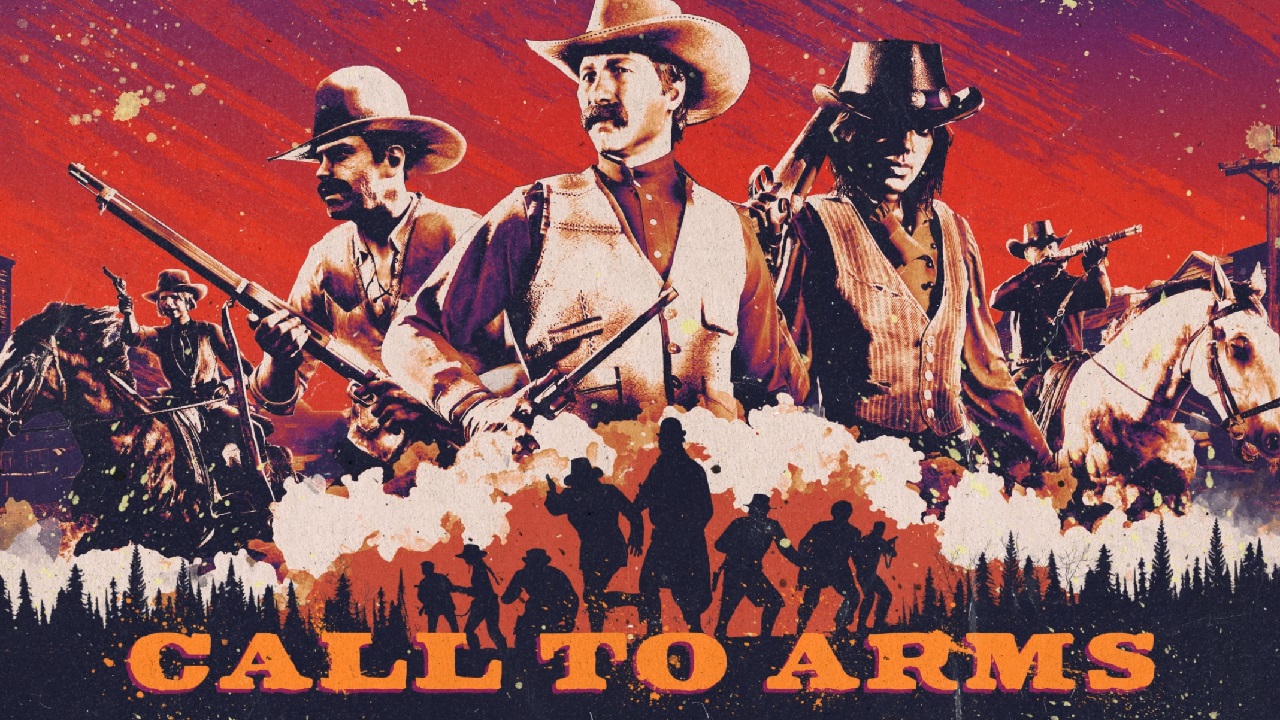 It’s update time for Red Dead Online and the latest run of content will have players on both sides of the law teaming up for a greater good. Settlements are being threatened and it will be up to players to come together in the Call to Arms mode to fight off increasingly dangerous and bulky waves of foes. This horde-like mode comes to the game alongside a number of other additions, including a high-stakes robbery and another season pass full of unique items in The Quick Draw Club No. 2.

Rockstar officially launched the latest update for Red Dead Online with a detailed post on the Rockstar Newswire blog on August 10, 2021. Coming in hot, players can head to their camp lockbox to find a telegram from “J.”. After that, Call to Arms will open up, tasking you with joining up with other players to defend settlements and hold outs like Strawberry, Blackwater, and MacFarlane’s Ranch. You’ll go against up to 10 waves of enemies, each more abundant and armed than the last, but rewards of RDO$, XP, and Gold await those who survive long enough.

Survive wave after wave of enemy onslaught in the new Call to Arms mode – you and your allies must position yourselves to protect five different locations from invasion.

You and your cohorts will earn 3X RDO$, XP and Gold for your service, all this week: https://t.co/CFENbehap0 pic.twitter.com/3dF2CR3R4R

Call to Arms isn’t the only new thing in the latest Red Dead Online update. An ambitious new Crime Contract has arrived as well. The mark: none other than the powerful and dangerous Leviticus Cornwall. You’re going to have to put up quite the distraction if you want to sneak into the heart of Cornwall Kerosene & Tar and make off with a treasure trove of Capitale Notes on behalf of Guido Martelli. The Cornwall Contract comes in as part of the Crimes feature in the Red Dead Online: Blood Money update.

There’s also a new rapid-fire season pass in the form of The Quick Draw Club No. 2, featuring a wealth of new cosmetics and items for collection should you go in on it. Everything above is available now, so whether you’re getting started with the Cornwall Contract in Blood Money or answering the Call to Arms in the new mode, there’s plenty of new content to explore in Red Dead Online right now.