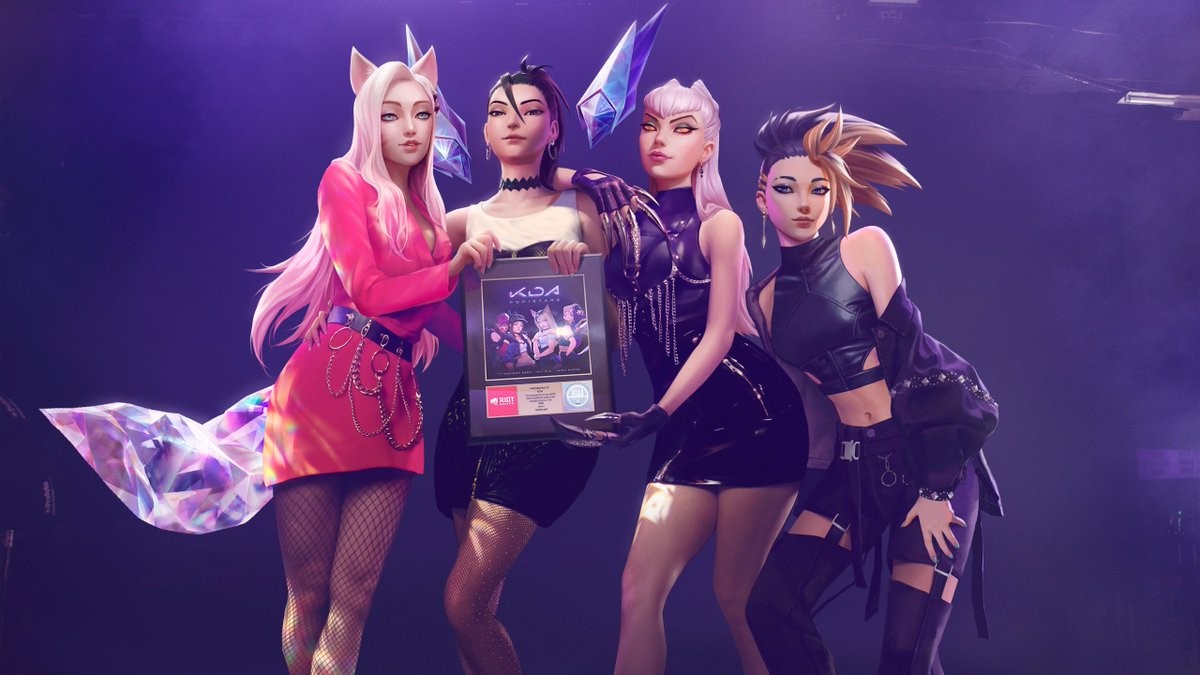 Riot Games has been making beautiful music with its virtual pop group, K/DA, for a while, but on Friday, the band received a very real accolade. After nearly three years, the group's popular single POP/STARS received gold certification from the Recording Industry Association of America.

Congratulations to @KDA_MUSIC on their Gold Record for #POPSTARS!

What does it mean to get a Gold Record? By today's standards, it means receiving 500,000 unique downloads. That's permanent downloads, so it's not quite the same as streaming numbers. Although 150 on-demand audio or video streams will be counted as a single unit. For POP/STARS, that's no mean feat and is more impressive considering the music video currently has over 452 million views on YouTube. That's not bad for any music group, much less a virtual one that only made its debut at the 2018 League of Legends World Championships.

POP/STARS originally released in 2018, shortly after K/DA's creation. Riot Games put the virtual pop group together within League of Legends. K/DA is made up of characters Akali, Ahri, Kai'Sa, and EvelynnK. Late last year, K/DA released ALL OUT, an EP featuring a handful of the group's tracks.

There's no shortage of places to listen to POP/STARS, so choose your streaming service if you want to inflate those numbers a little more. For more on the League of Legends virtual pop group, visit the K/DA topic page and keep it on Shacknews for the latest.