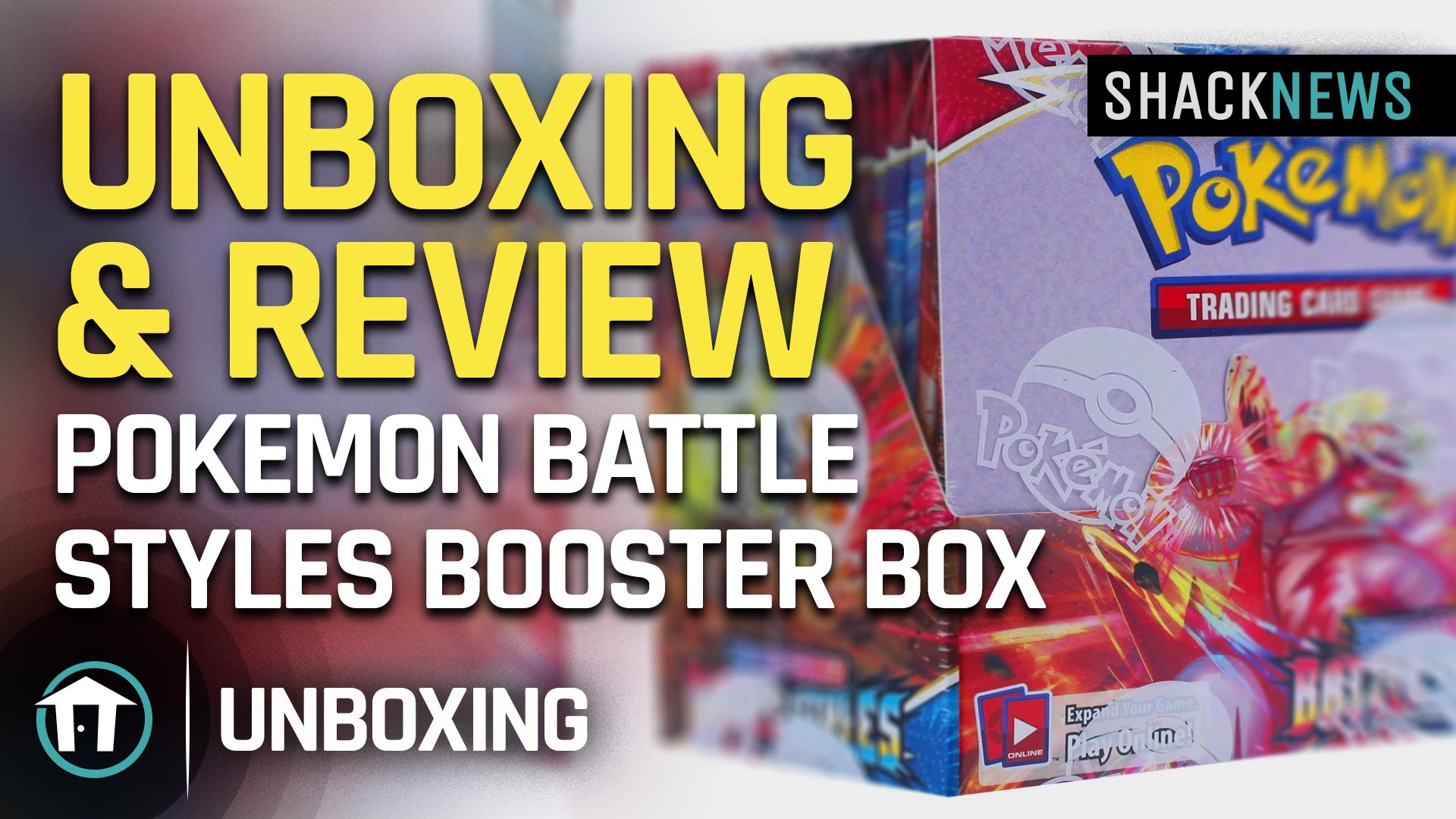 Finding pretty much anything from the Pokemon Trading Card Game nowadays can be a tough endeavor. Fortunately, Video Editor Greg Burke was able to get his hands on a Pokemon TCG Booster Box for the new Sword & Shield - Battle Styles expansion. What will he find inside? Let's join him and find out.

This video is a follow-up to last week's unboxing of the Pokemon Battle Styles Elite Trainer Box. Greg goes over every card he unpacks, individually. Viewers can check out some of the amazing new art spreads, as well as the different attacks and mechanics each card contains. Just don't be too hard on Greg's pronunciation, because some of those Pokemon names are a mouthful.

The Pokemon Trading Card Game's Sword & Shield - Battle Styles expansion released back in mid-March. This one was a bit of a game changer for the long-running card game, as it introduced new Single Strike Style attacks and Rapid Strike Style attacks in an effort to mix things up. The former can potentially take out opponents in a single hit, while the latter is a more technical attack that hits when opponents least expect it.

If you're looking for new Pokemon Trading Card Game packs, we wish you the best of luck. Target stores have stopped carrying Pokemon cards out of caution, due to the recent surge in interest. Aficionados are still encouraged to check out the Target website, as well as their local retailers. For more content like this, be sure to subscribe to the Shacknews and GamerHubTV YouTube channels.