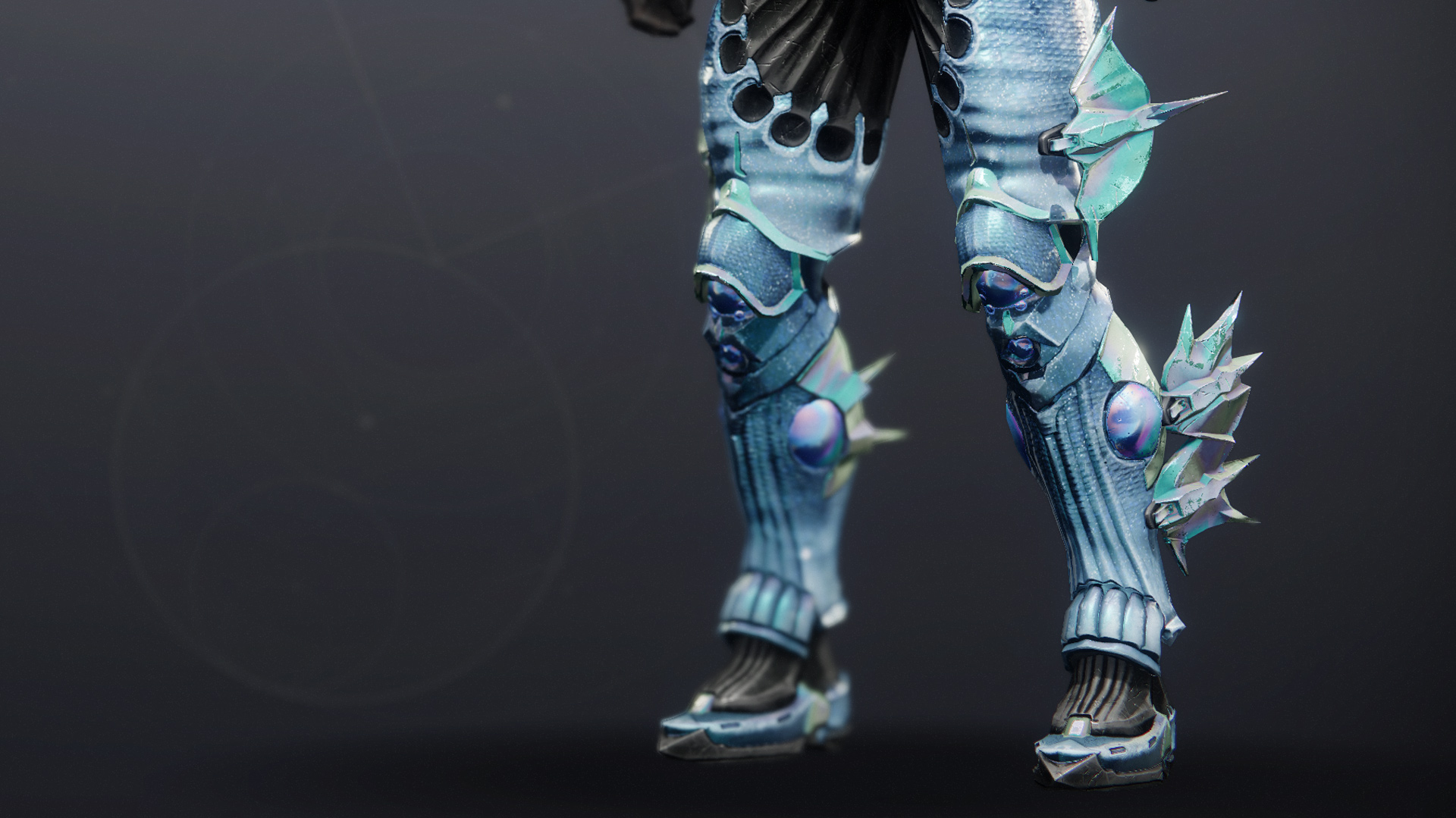 Any Hunter worth their Light needs to have a pair of Star-Eater Scales Exotic boots. This new Exotic was introduced to Destiny 2 with Season of the Splicer and, as luck would have it, is causing quite a lot of commotion because of their raw power.

Star-Eater Scales are just an excellent all round pair of Exotic boots for Hunters. By picking up Orbs of Power when your Super is full, you overcharge your Super, increasing its damage when you cast it. Not only that, but it also affects your weapon damage after casting.

How to get Star-Eater Scales

To get Star-Eater Scales in Destiny 2, you must start playing the Legend and Master Lost Sectors. These Exotic boots are only available from these Lost Sectors, which means you won't be able to buy them from Xur and they won't drop out in the wild. The only way to get them is to complete one of these Lost Sectors whenever it's dropping leg engrams. It's important to note that you must complete the Lost Sector solo, if you are in a Fireteam you won't get a chance at an Exotic.

Feast of Light is the Exotic perk on Star-Eater Scales. This perk can stack up to four times, with each stack increasing the amount of bonus damage you receive.

What’s worth noting here is that the perk description only mentions Super damage, but that’s not where it ends. As mentioned above, it will also boost the damage output of your weapons. Not only that, but the effect remains even if the overshield is depleted or your unequip the Exotic boots.

When to use Star-Eater Scales

As for when you should be using Star-Eater Scales: right now. If you can bend RNG to your will and get a pair to drop, you should equip them and start slaughtering your foes – preferably those in PVE. The legendary Ehroar has a helpful video that showcases the might of the Star-Eater Scales.

Basically, every stack of Feast of Light increases the amount of damage the Super and your weapons do, for roughly 14 seconds. This can be coupled with a host of other damage buffs and enemy debuffs, including Weapons of Light, suppression effects from mods, and the Power of Rasputin Warmind Cell mod.

Ehroar also notes that, if you’re quick enough, you can change Star-Eater Scales and put on Mask of Bakris, dodge to get the Arc damage boost effect, and then use Arc weapons for even more damage output.

Feast on the sky. Gorge yourself until all starlight has been gnawed to black—then the cosmos will tremble with your roar.

The harsh buzz of a sawtooth wave jolted Ekris from slumber. He groaned, slid off his cot, and slumped into the pilot's chair. Large amounts of data streamed across an array of thick glass screens while the alarm blared. He connected all the various details: heavy interference on scanners, propulsion malfunction in the main drive, erroneous flags on the proximity detectors. He looked through the porthole, a glass circle no more than five inches wide, and saw wisps of blue particulates wash past.

A voice called out behind him. "Still days out from the belt, nothing here to hit."

Ekris pivoted around and saw his copilot. He squinted, trying to remember the other Eliksni's name, but nothing came to him. He felt bad about that. They'd been in transit awhile and he still couldn't remember this one's name.

"It's Raksil," the copilot said as he focused on the instrument displays. "You make that face every time you forget my name."

Ekris looked away in shame. "Strange coincidence. Had a brother Raksil."

"There are many Raksil-brothers and Ekris-pilots, if you look far enough," the copilot said.

Ekris wasn't convinced that was true, but it wasn't important.

"Drive is down," Ekris said. "Stuck in a field of something."

"Not stuck," Raksil said as he punched in some commands through the dash controls, stopping the alarm. "Just slow. Velocity steady."

"Long road just to get to Misraaks." Raksil sat on the bulkhead and sighed. "You still think he's Kell of Kells?"

Ekris' mind buzzed with an odd sensation. He didn't remember sharing that with his copilot.

"Best chance I've seen," he said. "He is different, brings us together in new ways."

Raksil made a click with his mandible. "Heard that before."

Ekris waved his claw dismissively. "You always dissent, just to be a dissenter."

"I want to free you from this obsession," Raksil replied.

Ekris scoffed. "Kell of Kells is a symbol of hope for all Eliksni. You would rather we live without that?"

"This myth divides us, brother," Raksil said. "We rend and tear, trying to claw our way to the top of the mountain. Then we look down and see the mountain is made of our torn banners."

Something itched in Ekris's mind. Did Raksil just call him "brother"?

Raksil continued his thought. "The only unity down this path is collective death. The Kell of Kells is destined to rule only the House of Silence."

Ekris clicked his jaw angrily. "Why would Eliksni dream of this Kell, if the dream only harms us?"

"Maybe we didn't," Raksil said with a devilish grin. "Maybe something else dreamt it for us. To keep us apart."

Ekris waved his claws and stood, pacing around the cabin. "Enough. You are stretched thin by this journey; you need more sleep—go to your bunk." His mind itched again. There was only one cot in the ship. He stumbled as the dizziness overcame his senses. When he looked up, he was alone.

"You've chased this dream so long you've forgotten you're asleep," Raksil said, a hint of mourning in his voice—the sound came from nowhere in particular. The pilot's console was dim and quiet. The instrument readouts had slowed and showed no warnings. Ekris looked toward the porthole and saw nothing but black, peppered with the sparse glimmer of distant stars.

If you’re a Hunter and you don’t have Star-Eater Scales, stop what you’re doing and make a note to farm them whenever Destiny 2 allows it. Expect to see a lot of Hunters using these boots in PVE activities. For more Exotic guides, check out the Shacknews Destiny 2 Complete Strategy Guide. We’ve got guides on Exotic weapons, armor and even those rare Catalysts.