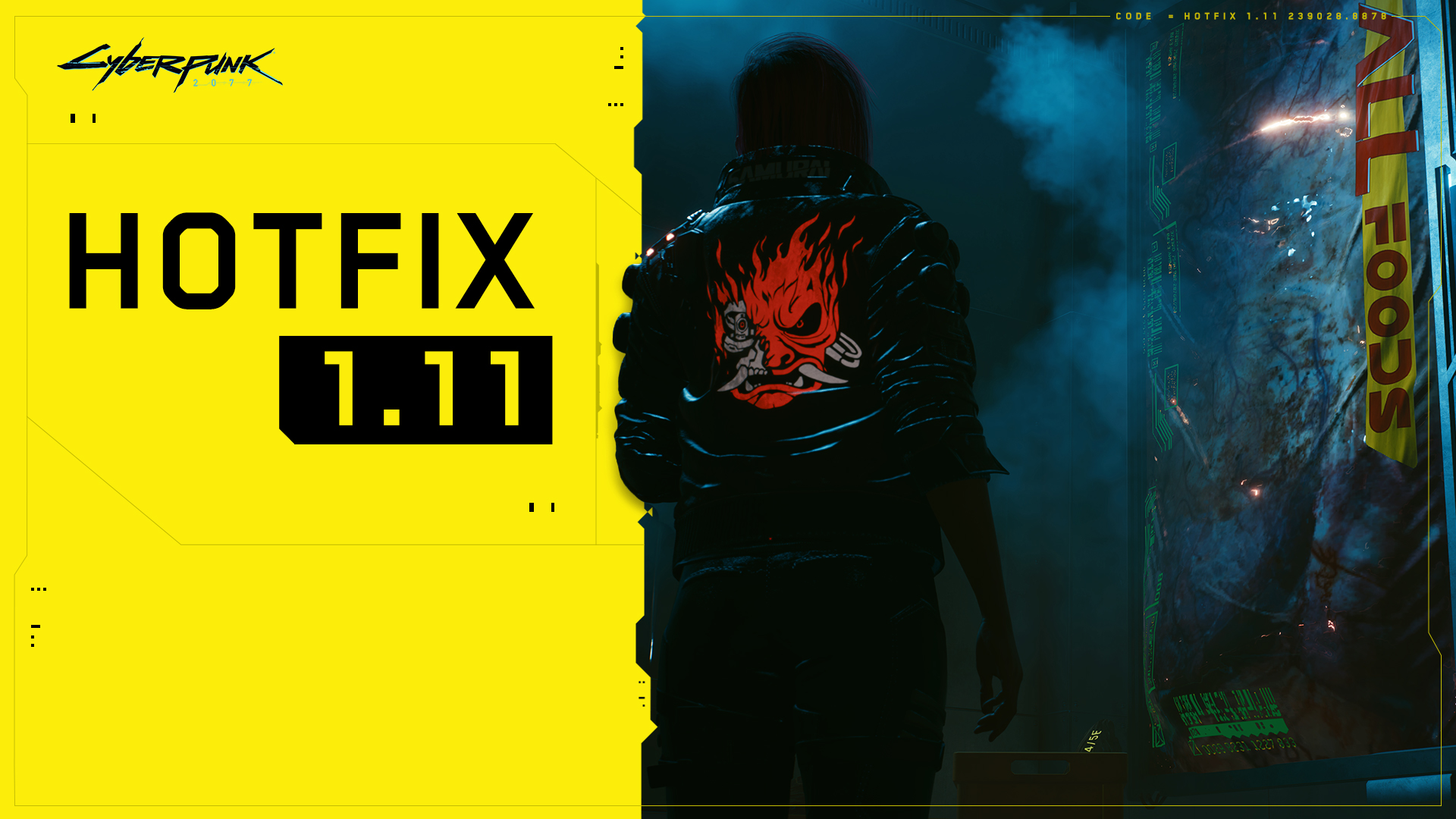 In its pursuit to repair Cyberpunk 2077 from the buggy state that it launched in, developer CD Projekt RED has been issuing frequent updates and patches. The recently released update 1.1 fixed a number of issues, but introduced a critical, game-breaking bug. Just days later, CD Projekt RED has issues hotfix 1.11, which will resolve the bug.

CD Projekt RED shared the news of the patch on its official website on January 28. The patch notes are short, as the hotfix is dedicated to fixing the game-breaking bug that occurred with the Down on the Street quest. This update also restores item randomization to its previous state. Hotfix 1.11 is available now for PC, Xbox, PlayStation, and Stadia.

The game-breaking bug was discovered very quickly after update 1.1 rolled out to Cyberpunk 2077 last week. During the Down on the Street mission, players would receive a holocall from Takemura, but there would be no dialogue. The call wouldn’t end, and players would be blocked from interacting with any other characters, effectively halting all progress and breaking the game. One of the more severe bugs to arise in Cyberpunk 2077, it’s no surprise that CD Projekt RED made it a top priority to get the issue resolved.

Of course, there’s still a long way to go to get Cyberpunk 2077 to a much more polished state. CD Projekt RED recently shared a roadmap that detailed everything they have planned for the RPG throughout the year, including another major update, and DLC content. For more on Cyberpunk 2077, stay right here on Shacknews.