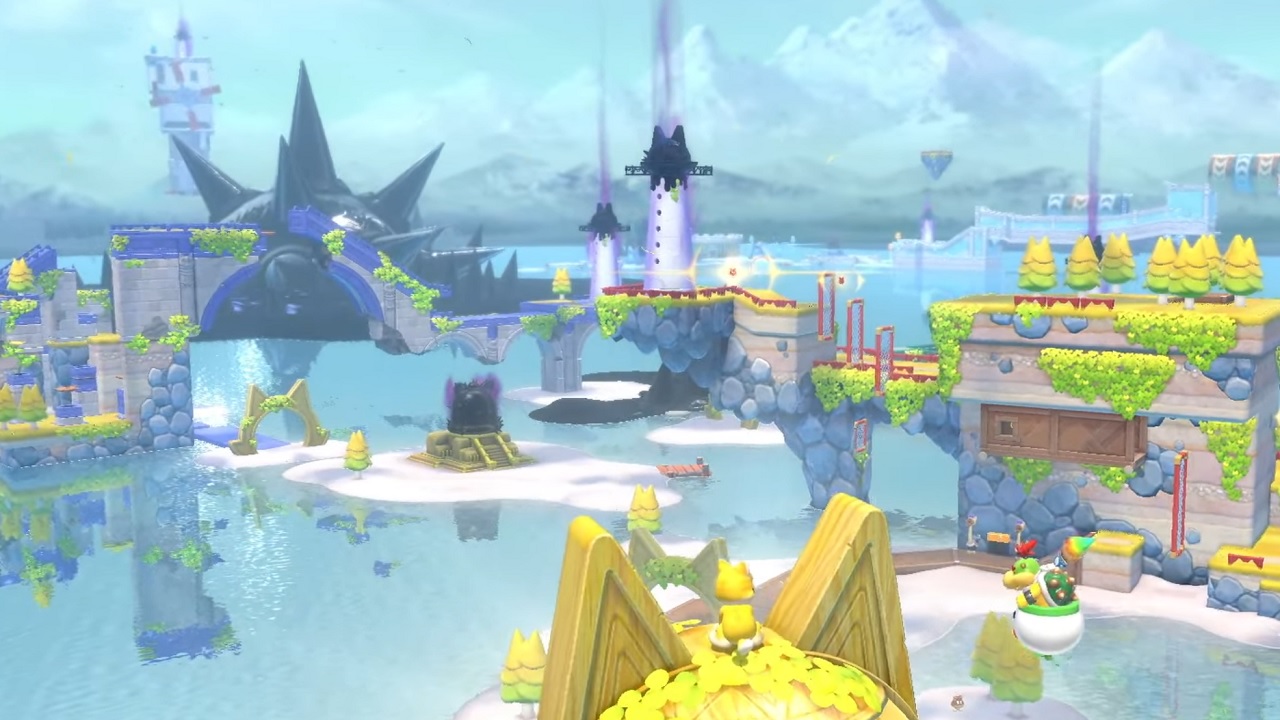 Ever since the Switch re-release of Super Mario 3D World was teased last year during the Super Mario 35th anniversary festivities, many have wondered what the new Bowser’s Fury content being added on to it will be. Nintendo answered that question today with a fresh new trailer focusing on Super Mario 3D World’s Bowser’s Fury, and it’s looking like a wide new adventure with some monstrous dangers.

The trailer for the Super Mario 3D World Bowser’s Fury content was released on the Nintendo Twitter and YouTube channel on January 12, 2021. The trailer teases what looks to be a whole new stretched out land to explore. Bowser seems to have gotten up to some business that has turned him larger and angrier than ever, and even familiar foes will join with Mario to stop him. With Bowser Jr. at your side, players will explore a sprawling world with new objectives and challenges, including Plessy water gliding sections and a new giant cat bell that will make Mario battle-ready for the enraged and enormous Bowser.

It’s interesting to say the least, and it seems to be that the new Bowser’s Fury content is one big adventure world rather than the bite-sized levels we’ve seen traditionally in Super Mario 3D World’s main game. The game was announced for Switch previously in September with Bowser’s Fury and will host a few other first-time features in the Switch port as well, such as the ability to play online with friends. It’s unknown at this time whether or not players will be able to engage in the usual up-to-four player hijinks or if one player will be able to play as Bowser Jr. in Bowser’s Fury, but it’s looking like a fun extension of an already fun game nonetheless.

With Super Mario 3D World and Bowser’s Fury coming on February 12, 2021 for the Nintendo Switch, stay tuned for any further news and information leading up to the release.