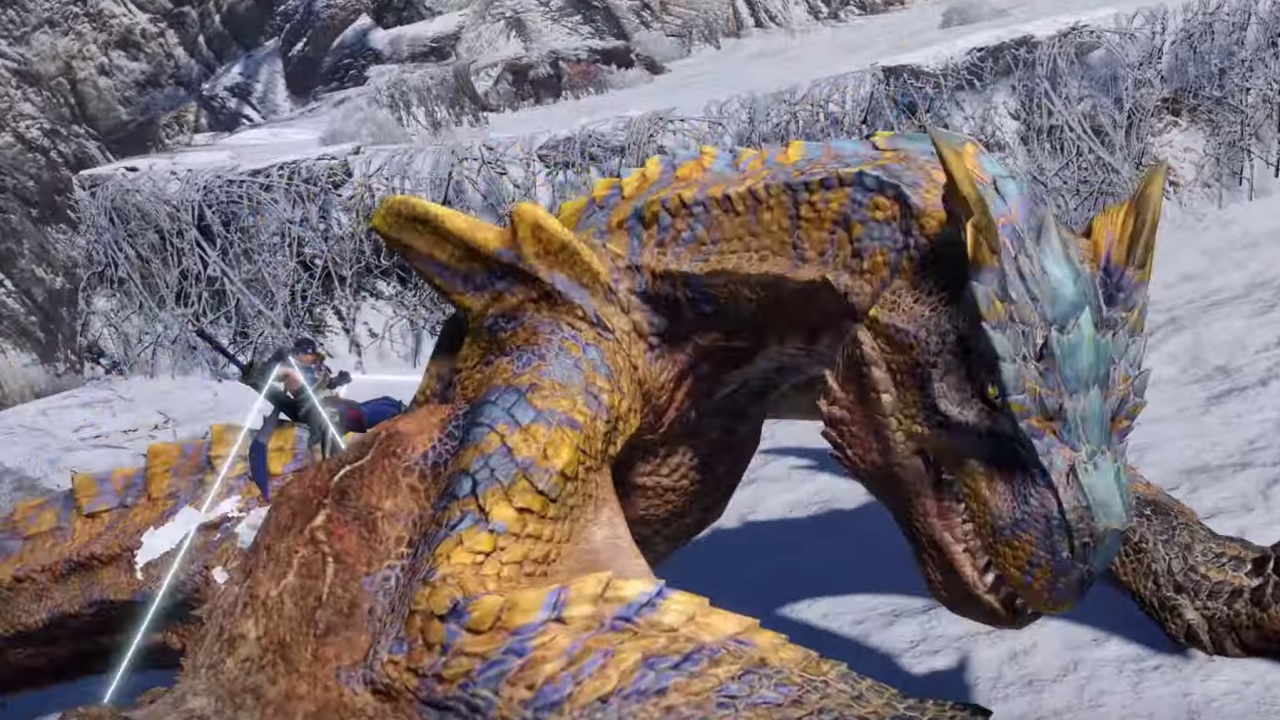 Throughout the Monster Hunter franchise, new games have continued to introduce a bevy of ways in which to battle and interact with the game’s environments and creatures. Wirebugs are a huge part of environment traversal in the upcoming Monster Hunter Rise, but it would seem that it will figure heavily into combat as well in a new combat feature called Wyvern Riding.

Wyvern Riding was revealed in a Monster Hunter Rise livestream showcased on January 7, 2021. By using the game’s Wirebug features in combat, you’ll be able to twist staggered monsters up in Ironsilk as makeshift reins, leap onto them, and ride them. Once mounted, you’ll be able to use the environment against the beast, running it into walls, or even attack other wyverns with it. By using the Wyvern Riding combat feature, you can utilize some of the monster's skills, deal severe damage and stagger one or multiple monsters at once, and really gain a massive amount of momentum in your hunts.

Wyvern Riding is easily one of the most interesting new features shown in Monster Hunter Rise for the sheer amount of strategic value it adds to the game. Wirebugs seem limited in how much you can use them in the game, but by utilizing them for travel or in combat through things like Wyvern Riding, you heavily skew combat with some of Monster Hunter Rise’s big beasties in your favor. It’s such a big deal that Wyvern Riding will be getting its very own focused tutorial in both the demo and full game, so you’ll want to learn how to get the most out of the feature as early as possible.

Monster Hunter Rise is currently slated to launch on March 26, 2021. Moreover, a free demo is slated to release for a limited time from January 7 to February 1, 2021, so if you want to get in on the action and especially see what Wyvern Riding has to offer, be sure to dive in soon and get ready for a wild ride.