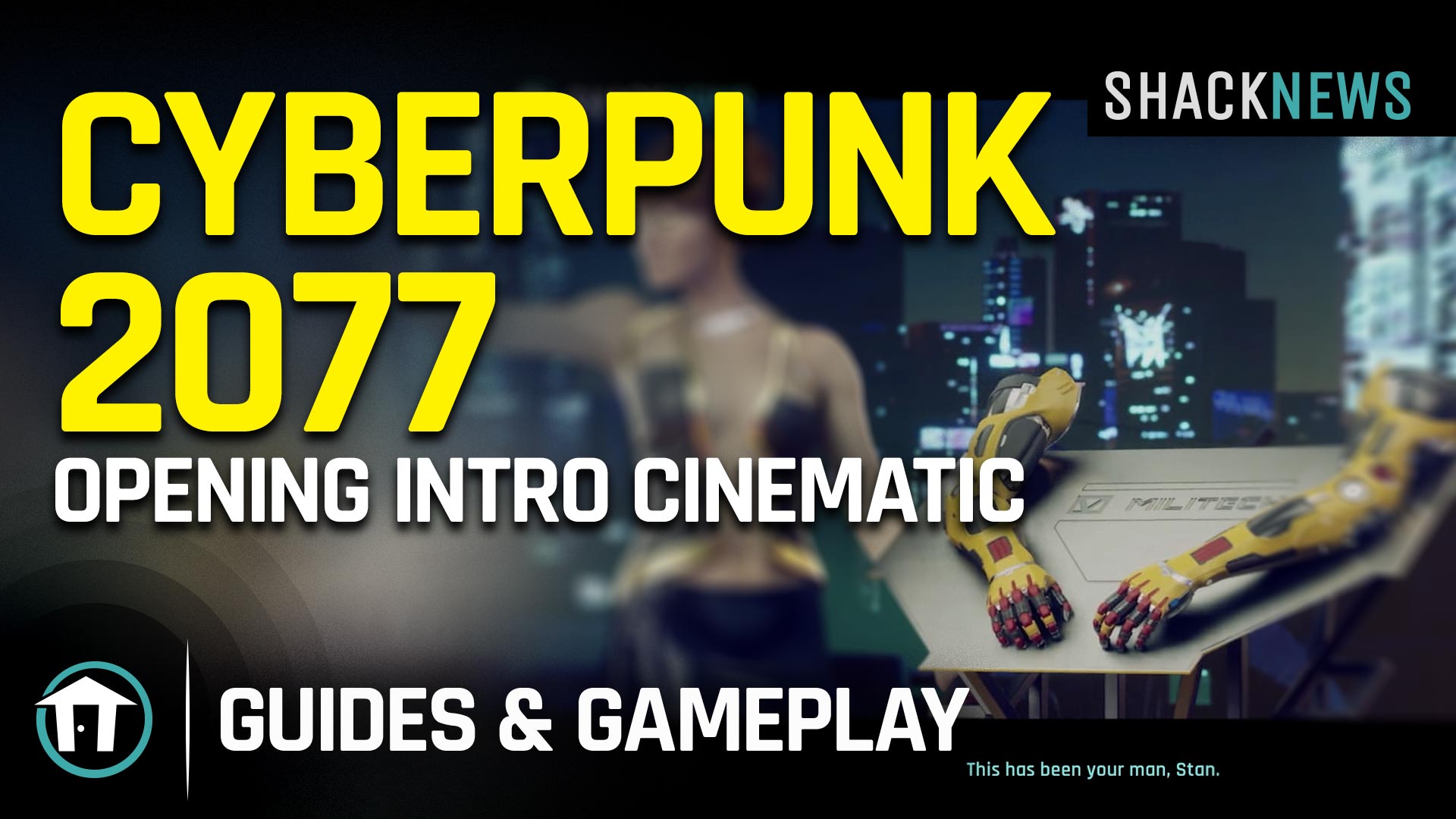 The Cyberpunk 2077 opening intro cinematic introduces players to the world they will be spending a large block of time exploring. For those that have yet to get the game, or those that simply want to watch it again, we’ve got the opening sequence right here for you to enjoy.

The whole game kicks off with a radio disc jockey, Stan, welcoming the citizens of Night City to another beautiful day in paradise. The entire sequence outlines the type of world you’re about to get lost in, from body counts and blackouts to the dedicated work of the Trauma Team helping peel people off of the sidewalk.

Everything comes to a rather fitting stop on the player character, V, overlooking Night City, gun slung over the should, car sitting ready for action.

As far as opening intro cinematics go, Cyberpunk 2077’s gets straight to the point. It manages to give a solid overview of the life players can expect from the game without lingering too long on useless information.

If you couldn’t tell by the opening cinematic, there’s a rich and layered world to explore in Cyberpunk 2077. In the event you need some assistance navigating or working out some of the more puzzling elements of life in Night City, be sure to stop by the Shacknews Cyberpunk 2077 page for plenty of coverage, including guides and walkthroughs. You can also stop by the Shacknews YouTube channel for more Cyberpunk 2077 videos, like the female character creator overview.