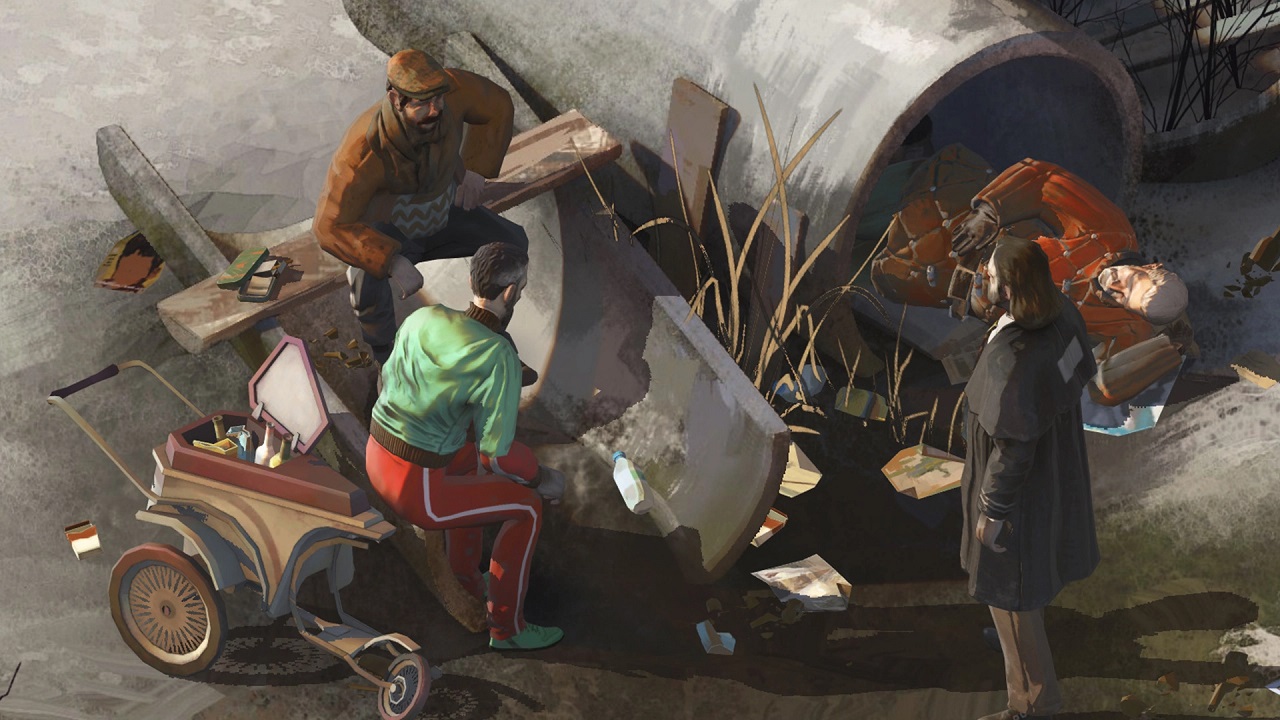 It’s been a little over a year since Disco Elysium came out and blew our minds with its incredibly adaptive web of intriguing mysteries and storytelling. We’ve been waiting ever since for a launch of the game on consoles, but to little news. That might be changing soon. ZA/UM has changed the Disco Elysium landing page to suggest that something big is coming “Soon.”

The change on the Disco Elysium website was made very recently, as reported by sources like Nibellion. If you go to the website, the usual landing page has been replaced with a red page and a prominent logo in the middle with the word “SOON” underneath it. It’s hard to say exactly what this might be teasing yet, whether DLC for Disco Elysium or perhaps a follow-up on ZA/UM’s efforts to port the game over to the Nintendo Switch. Regardless, this teaser also comes just ahead of The Game Awards 2020 on December 10, 2020. It may very well be that whatever ZA/UM is up to is revealed during Geoff Keighley’s awards show.

Whatever is happening, there’s a lot of things we’d love to see come out of the new Disco Elysium teaser. Likely, a lot of folks are hoping the Shacknews Best Narrative Game of 2019 finally makes its way over to consoles. That said, DLC for the original game, a spinoff, or the announcement of something altogether new could also be cool. ZA/UM has earned enough good graces that whatever it’s up to, many would likely be on board for the ride.

Regardless, we know as much as you do right now. It’d probably be best to keep an eye on The Game Awards 2020 for some new ZA/UM or Disco Elysium news. Outside of that, all we can really do is wait for the answers to be revealed “soon”.