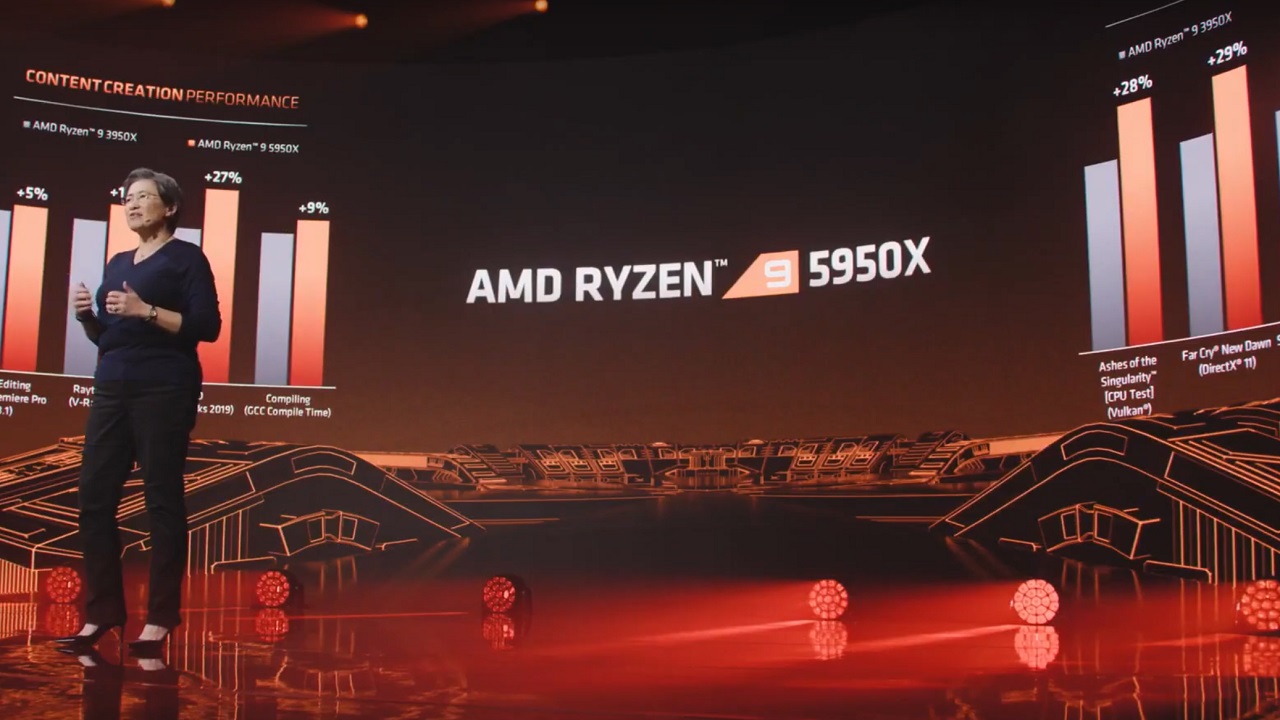 AMD had a lot to show today as it went live with it its Where Gaming Begins livestream presentation. The Zen 3 CPU architecture was discussed in-depth and we got our first reveal of the new AMD Ryzen 5000 series CPUs. But where the new AMD Ryzen 9 5900X series will act as the standard of the next generation, there’s also a stronger version on the way in the form of the AMD Ryzen 9 5950X, which also got a launch date and a price today.

AMD revealed and discussed the details of the Ryzen 9 5950X CPUs during its Where Gaming Begins presentation on October 8, 2020. It came after the reveal and dive into the Zen 3 microarchitecture will be used for the Ryzen 5000 series, as well as further CPUs going forward. Where the standard of the Ryzen 5000s is going to come in the form of the AMD Ryzen 9 5900X CPU, the Ryzen 9 5950X CPU is going to be a premium variant that packs some extra power under the hood.

The AMD Ryzen 9 5950X CPU comes with 16-cores and 32-threads, with the boost frequencies said to reach up to 4.9 GHz. It features 73 MB of L2 + L3 cache and runs at a TDP of 105W. For all of that, AMD boasted that the 5950X is capable of delivering some of the most high-performance processing currently capable in gaming PCs. As it is built with content creation in mind, you can have a look at how AMD claims the 5950X compares to its previous Ryzen 9 3950X in the charts below.

AMD teased that in the coming weeks we’d get a look at more of what Zen 3 and the AMD 5000 Series CPUs can do, as well as a full reveal of the Radeon 6000 Series “Big Navi” CPUs, so stay tuned for a wealth of more details as we await AMD’s next big reveal.