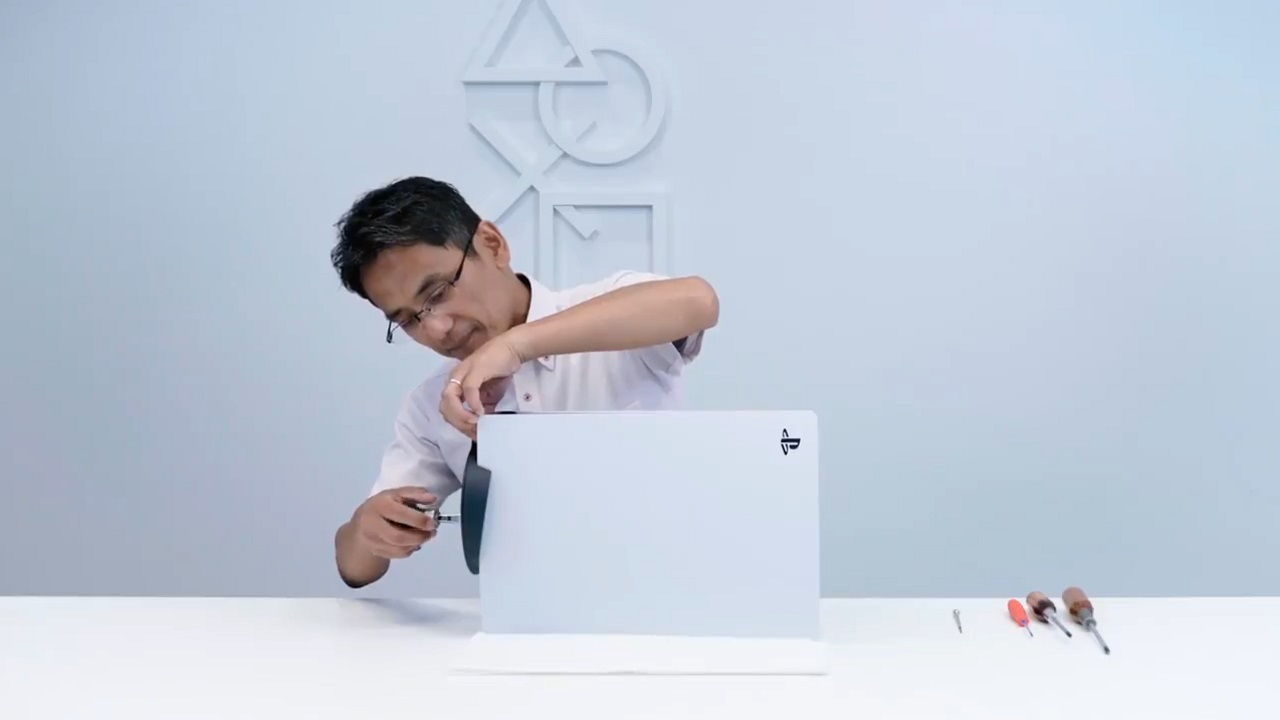 Recently, the PlayStation 5 got a very in-depth teardown video in which we got to see much of the PS5’s internal components removed and explained. It was illuminating to say the least with some details we hadn’t seen before. One of them is just how quirky putting this thing upright or on its side looks. Where that was easy with previous systems, the PS5’s strange shape makes it a little more complicated.

Sony posted the PS5 teardown video on the PlayStation Twitter on October 7, 2020. In this video, much of the components are put on intricate display, including the motherboard, cooling fan, heatsink, and M.2 SSD storage housing. However, one of the more practical and less technical components of the video is the demonstration of the base plate. The PlayStation 5 can’t really be moved from upright to side orientation due to its shape, so the base plate is required. In upright position, there’s a screw which affixes the console to the plate and provides stability. In side position, edges of the PS5 console are meant to be locked into hinges on the plate. See the 1:10 mark in the video for details.

It seems cumbersome that the upright orientation of the PS5 requires the use of screwdrivers to affix while the side position requires the base plate nonetheless. It means things are going to be a bit more complicated than they’ve been with consoles like the PS3 or PS4, but the PS5’s rather unusual shape seems to necessitate this change. Ultimately, it may be somewhat of a small inconvenience if you set it one way and never move it, but going from side to upright or vice versa sounds like it’s going to be a little bit of a pain. That said, given the controller design, it wouldn't be the only inconvenient decision Sony has built into the system.

It could be worse, though. At least Sony isn’t making us buy the PlayStation 5 base plate as an add-on to stabilize our systems in upright or side positions. As we approach the console’s final release date on November 12, stay tuned for final details and news leading up to it.