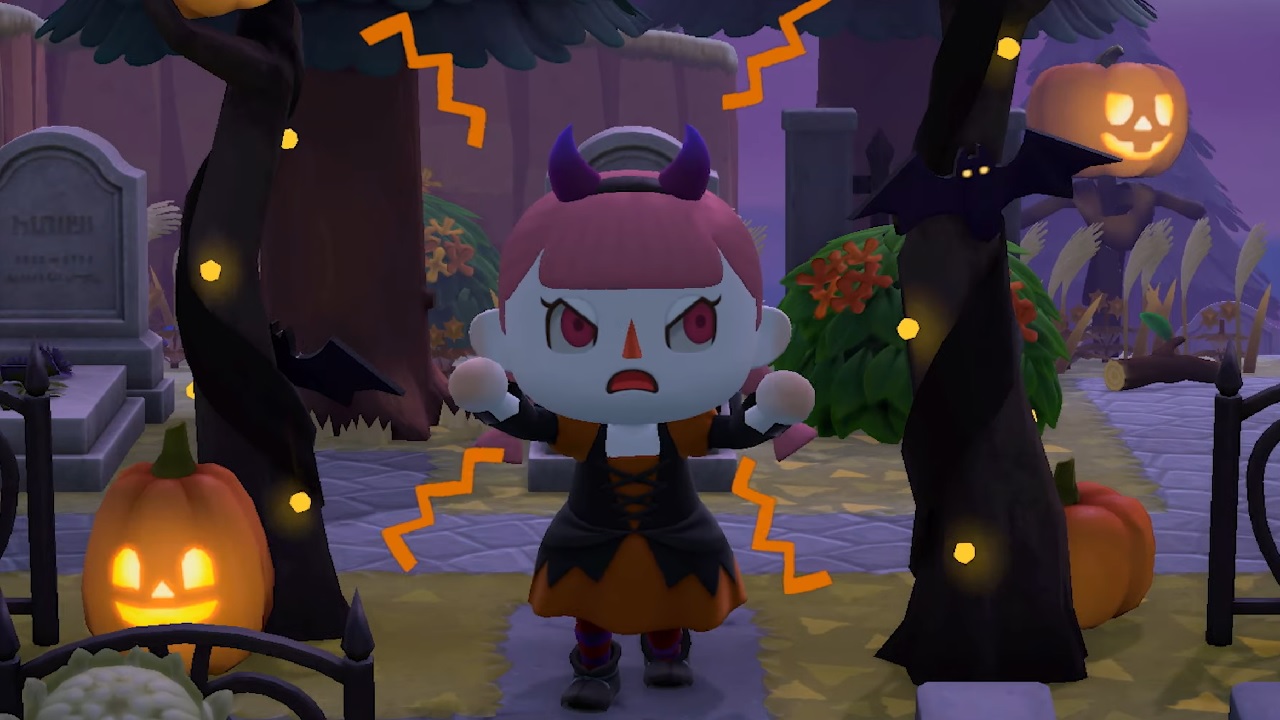 It’s another new time of year and the latest holiday is in full swing with Fall started and Halloween coming up. That means it's time for a new and festive update in Animal Crossing: New Horizons. A Fall update is on the way to the game, and this latest one is all about getting ready for Halloween through the month of October.

Nintendo revealed the details of the Animal Crossing: New Horizons Fall Update and its Halloween shenanigans on the Nintendo YouTube channel and Animal Crossing Twitter on September 25, 2020. Coming on September 30, 2020, the Fall Update will kick off fun for the entire month of October as players begin their prep for the Halloween holiday. That means gathering candy, planting new pumpkins, and exploring new DIY recipes. You’ll also unlock spooky costume wear, including new outfits, accessories, eye colors, and more. It will all be to bask in the full celebration when Halloween arrives on October 31, 2020. On that day, you’ll be able to hand out candy, enjoy the costumes of your island friends, and welcome Jack, the pumpkin-headed Czar of Halloween!

Animal Crossing: New Horizons has been consistently fun and generous with its ongoing free updates, the last of which provided the kickoff to the Fall season with plenty of activities around the changing leaves and rustic nature of this time of year. Before that, we had fireworks celebrations added as part of the Fourth of July. Each update brings along a wealth of goodies at no cost, even outside the seasonal stuff, such as dream island hopping. The Fall Update all seems pretty seasonal. But the update does mention that a Nooklink update is on the way in a later October update, so there’s more to look forward to already.

As a funny little aside, players that download the new update will also score a free Ringfit Adventure item for their decorations. Want to know exactly what’s coming? Stay tuned to Shacknews as we await patch notes and further details of the Animal Crossing: New Horizons Fall Update.