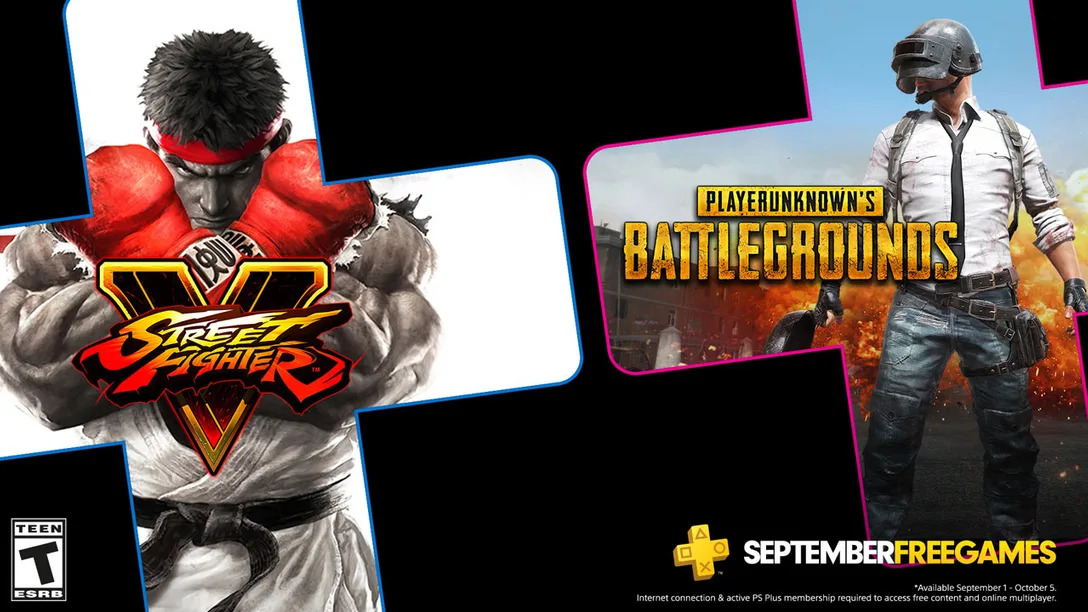 Street Fighter 5 and PUBG are September's free PS Plus games

It's been a fabulous couple of months for PlayStation Plus. The freebies seem to keep getting better and better and next month's are another pair of eye-openers. If you're a PS Plus subscriber, you can pick up Street Fighter 5 and PlayerUnknown's Battlegrounds (PUBG) starting on September 1.

Street Fighter 5 is an interesting freebie, considering Capcom is still putting out content for it. The full 'Season V' roadmap was unveiled earlier this month and is set to start with Dan before the end of the year. However, it should be noted that this is the vanilla version of Street Fighter 5. That means you'll only receive the vanilla roster of characters unless you spring for the Champion Edition Upgrade Kit, which will set you back $24.99 on the PlayStation Store. Although if you're in no rush to do that, the Upgrade Kit does tend to go on sale.

PlayerUnknown's Battlegrounds is another interesting addition because it's the game that arguably started the battle royale craze. As time has gone on, PUBG has been overtaken by free-to-play efforts like Fortnite and Call of Duty: Warzone. But now this PlayStation Plus offering essentially removes the monetary barrier of entry, at least for a month. So if you want to get a look at one of the battle royale pioneers, the month of September will be the time to do so. PUBG is still receiving frequent updates, having recently released its 8.2 update.

Both of the PlayStation Plus free games for September will be available on the first of the month, which is set to fall on Tuesday. That also means you only have until Tuesday to pick up Fall Guys: Ultimate Knockout for free, so if you've been dawdling on picking up the biggest hit of the summer, make sure to get on that before it's too late.