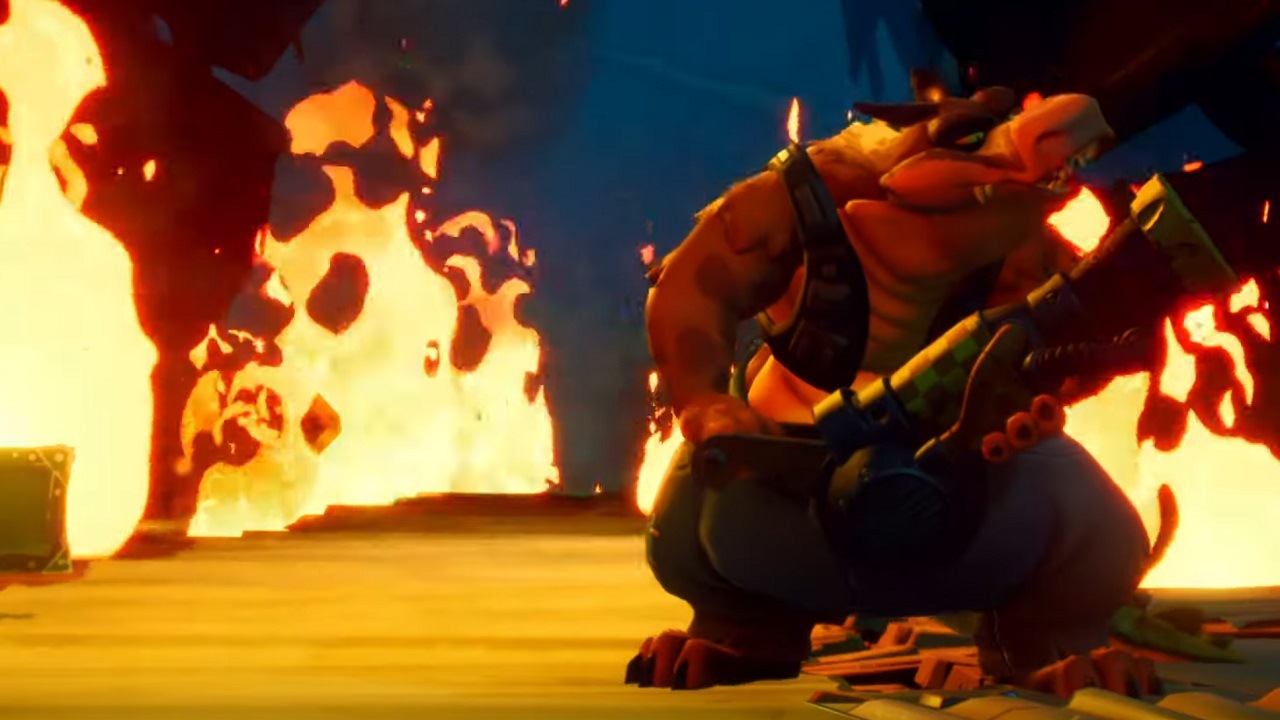 Crash Bandicoot 4 will let you play as Coco, Cortex, and Dingodile

With Crash Bandicoot 4: It’s About Time is set to do a lot of different things with the Crash franchise since it’s the first new mainline game in a decade. Previously we knew that we’d be able to play as Crash, Coco, and Cortex in the game, but during the new August PlayStation State of Play, Toys for Bob revealed that we’ll be also be able to play as Dingodile, and we’ll be able to play as all four of these characters throughout the game.

Toys for Bob dropped new gameplay on Crash Bandicoot 4: It’s About Time on the August 2020 PlayStation State of Play livestream on August 6, 2020. The new trailer featured a number of gameplay features, prominent of which was the showcase of characters you will be able to play in Crash 4. We already knew from the announcement of Crash Bandicoot 4 that we’d be able to play as Coco, but apparently we can play as her throughout the game on any normal level instead of Crash. Meanwhile, Crash 4 will also be the first time in the mainline franchise we get to play as Neo Cortex and Dingodile in their own segments of the game.

What looks fun is that Cortex and Dingodile each have their own distinct areas of play and mechanics. For instance, Cortex can use his ray gun to change enemies into things like platform and other tools for him to use to move forward. Meanwhile, Dingodile features tail whips with his big gator tail, but he also has a flamethrower/rocket launcher combo that can shoot fire, suck up items or options, and fire some of them with explosive force. Both characters look like they’ll be fun to play alongside Crash and Coco’s levels.

Don’t forget to check out our other Crash 4 coverage, including the reveal of a huge collection of character costumes that can be earned in game without microtransactions.