Carrion has turned heads for a pretty long time since everyone learned of it. The reverse-horror game is an absolutely brutal, yet delightful ride as you play an amorphous creature eating everything you can eat to grow and escape a facility full of measly humans. That said, when the game landed on Nintendo Switch, it caught a different kind of attention for its… peculiar icon art. Devolver has since changed the art over to something else, explaining it was an honest mistake of forgotten updates.

Devolver announced the update of the Carrion Nintendo Switch icon art on Twitter on August 3, 2020. When Carrion launched on various platforms in July, players took note of the Nintendo Switch’s icon, pointing out that it looked particularly unsettling (never mind the fact that it’s a game about an amorphous thing full of tendrils and teeth which messily devours everyone in its path). Either way, we had to admit we had a good chuckle when we saw it the first time. How did Devolver get that through? Nobody knows, but apparently it wasn’t meant to be. Devolver explained that it was apparently old art the developers meant to swap and just accidentally forgot before launch.

If your Nintendo Switch is connected to the internet, it will update the Carrion app and icon to its key art, which is more of the monster’s tendrils and teeth and less of a gaping hole which can arguably be pretty easily compared to a creative take on human anatomy. No harm, no foul. The art never affected the game, although it might have affected how willing someone might be to buy it for a younger player. Then again, it's also a mature game. "Viewer discretion is advised throughout," and all that jazz. Either way, for a company that has previously released Genital Jousting without shame, we’d be inclined to believe Devolver when it says it was a simple mistake.

Regardless, as Devolver also says: rest in peace, original Carrion Nintendo Switch art. We’ll keep playing you either way, much as we did on a previous Indie-licious full of oms and noms to freedom. 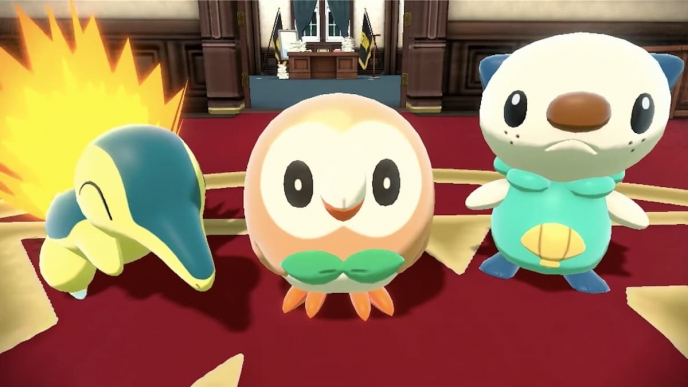