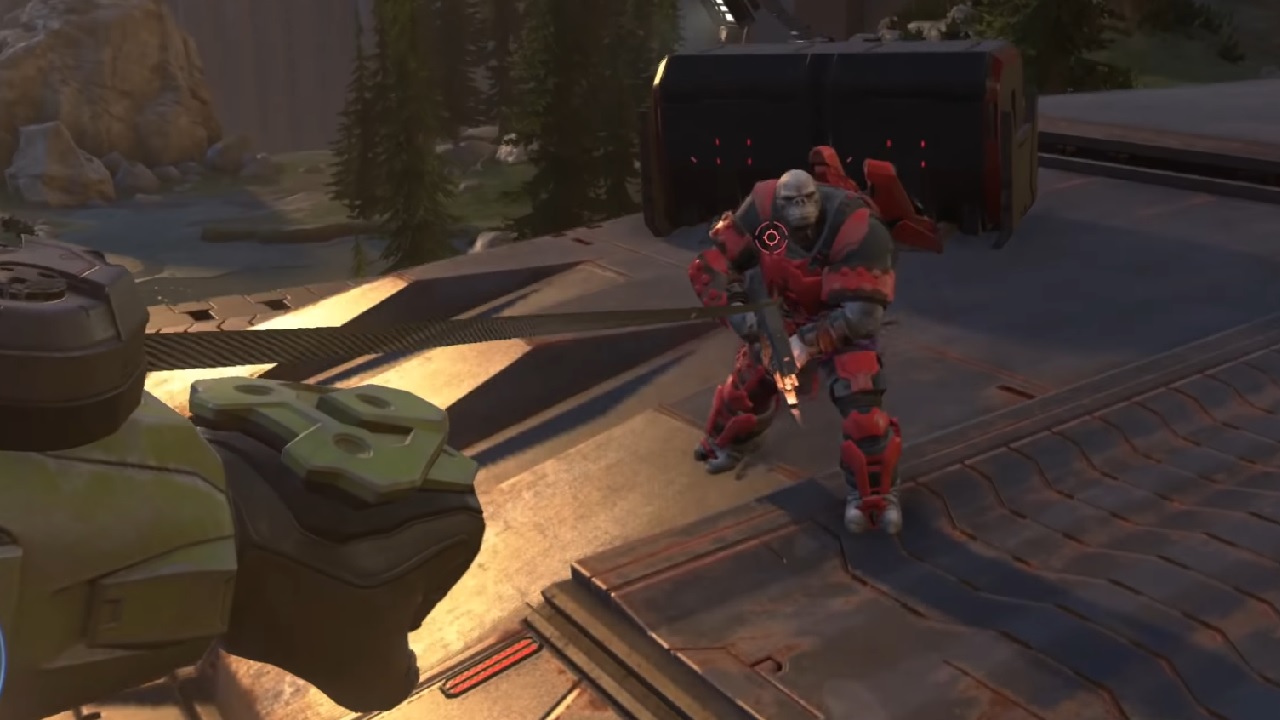 When Halo Infinite’s gameplay was recently shown during the Xbox Series X Games Showcase, one of the more interesting details to come from it was the appearance of a new accessory to Master Chief’s arsenal: a grappling hook. Apparently dubbed the Grappleshot, it will allow the Spartan to take on engagement like never before, but 343 Industries was recently quick to point out that Halo Infinite isn’t about to become a Spider-Man game.

In a recent conversation with Gamespot, 343 Industries Head of Design Jerry Hook seemed to suggest that the Grappleshot will be more of a reasonable (and likely limited) addition to the game and not its main feature.

“I want to make sure our fans understand this--Master Chief is not Spider-Man. That is not at all what the Grappleshot does,” Hook said. “If you look in the lore, Grappleshot had a very specific purpose for the UNSC. For helping Marines and Spartans be able to do ship-to-ship combat.”

During the Halo Infinite gameplay reveal that played during Xbox’s Series X Games Showcase presentation, the grappling hook did seem to have a number of both traversal and combat opportunities, but it wasn’t as if Master Chief was swinging around the map or relying on the tool by any stretch of the imagination. Even so, it was rather fun to see him grabbing a nearby explosive fusion canister and hurling it at enemies to blow them up or grappling directly at a foe and yanking himself towards them for close combat. This, however, seems to be in line with what 343 has in mind.

“The ‘Grappleshot’ opens up new traversal options while also providing new ways to engage enemies,” 343 wrote in a recent blog. “Get up close and personal by grappling into an enemy for a satisfying melee, pull a Fusion Coil to yourself and throw it at your target, or grapple to a ledge to rain fire on enemies below. This new equipment, along with various new weapons, open up more freedom and flexibility for players to showcase their own playstyles.”

It would also appear that Halo Infinite’s grappling hook will appear in multiplayer, though the Grappleshot may be a special pick-up or some other limited-use format. Whatever the case, it would appear that Spider-Chief isn’t what 343 Industries is going for.