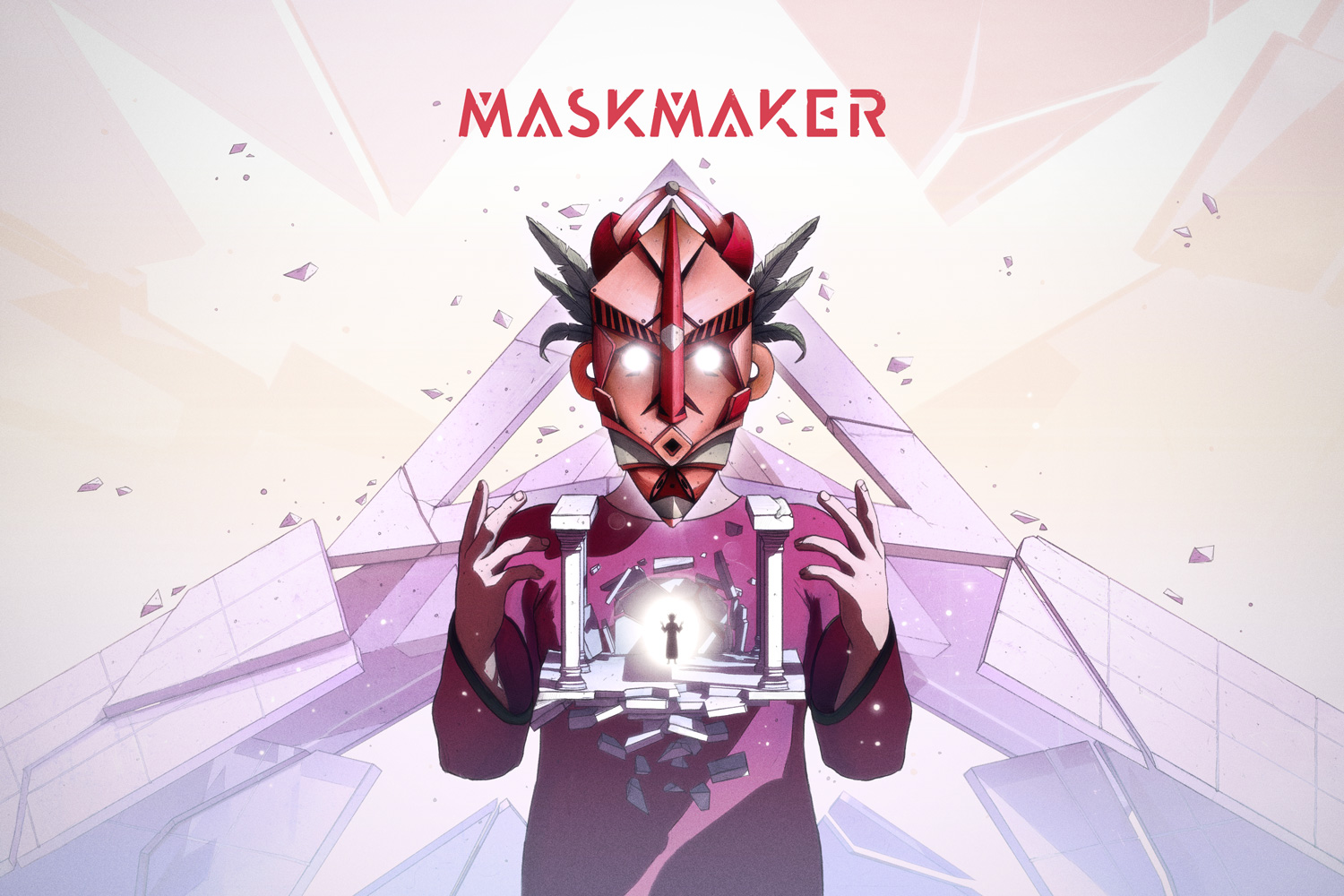 There were a handful of exciting games featured during Monday's Day of the Devs Summer Game Fest Developer Showcase stream. Many of them are set to come to PC and consoles, but there was at least one game that was assembled for the virual reality crowd. Maskmaker is the latest effort from Innerspace VR, the team behind A Fisherman's Tale, taking players on a journey across a mysterious world filled with magical masks.

Following this morning's stream, Shacknews donned the mask of curiosity and reached out to Balthazar Auxietre, creative director and co-founder of Innerspace VR. We asked about Maskmaker's setting, its whimsical world, its mysterious curator, and building this first-person puzzle game for virtual reality.

Shacknews: What can you tell me about Maskmaker and its story?

Balthazar Auxietre, Innerspace VR creative director/co-founder: Maskmaker is mostly a story about identity: finding who we are through our work, through our dreams and how difficult it can be to find our true self in between. I think masks are a great metaphor for that quest of identity. They also represent the darker side of this: we can disguise ourselves when we're hiding symbolically behind a mask, or several masks, and even sometimes we shift completely to become someone else, depending on each situation.

I fell in love with the idea of a character - The Maskmaker - who can be anybody through the masks he creates. Throughout the story, the person behind the many masks completely loses sight of who he truly is along the way and has to recover his identity… that’s when the player comes in!

Auxietre: In our previous projects, we tried to be as "VR-centric" as possible in our design approach. In Maskmaker, gameplay revolves mostly around the back-and-forth between crafting mechanics and exploration. As you wear the masks you craft throughout the game, you will be transported to different "biomes," and will embody different characters in each new biome. Moreover, the environments are carefully designed for exploration and contemplation, giving the player a strong sense of presence and being part of this world. All these components are really playing with the strengths of the medium, so we hope that it will make a very satisfying experience for players. And in a way, wearing a VR headset is already wearing a magical mask, so it felt like evidence to build a whole game around the concept of taking masks on and off.

Shacknews: What do we know about Prospero going into the start of the game?

Auxietre: Well, not so much, as Prospero's background and persona are detailed at the center of the story! In the beginning of the game, you are brought into his secret workshop and become his apprentice. Then you discover that there are multiple dimensions to this character, but I can’t say much more without spoiling things!

Shacknews: Can you talk about the masks we'll be seeing over the course of the game?

Auxietre: We worked a lot on the designs of the masks to make them really iconic and eye-catching, yet each has their unique style as each biome has a different identity. We were inspired by traditional and theater masks from cultures around the world, but didn’t want to point at any specific culture, so it became a sort of lovely patchwork to play with! Players will be able to craft more than 30 different masks in the whole game. As they progress, they will have to develop their crafting skills to make more and more elaborate ones. We wanted to give the feeling of being a real craftsman in VR, which adds an interesting sandbox component to the game for the players on top of the puzzler mechanics.

Auxietre: The idea behind the story comes from my personal background. As a kid, I grew up surrounded by masks as my father, an artist, had a workshop near the house where he gathered a collection of masks. After having spent a lot of time doing stuff in VR, wearing headsets on my face all the time, I started to come back to those memories and felt the need to bring to life some of the wild fantasies I had during my childhood watching the masks and being inspired by their tremendous power and mystery.

Shacknews: What sorts of puzzles will players encounter over the course of Maskmaker?

Auxietre: We are designing puzzles that we hope will emphasize the main mechanic of switching from mask to mask in many different ways, depending on the level. As you move from character to character, almost puppeteering them, you're also playing with many different avatars, so it will be a little bit disorienting (in a good way!) as in our previous game A Fisherman's Tale. Finally, to stay in line of the craftsmanship-ness of the masks, we are working to give some tangibility to the puzzles, so you can expect a lot of mechanical elements and a little bit of physics to spice things up.

Shacknews: What lessons have you taken from the development of A Fisherman's Tale and applied to Maskmaker?

Auxietre: A Fisherman's Tale was our first full-length VR game and we have been blessed to have so much positive feedback from that audience, and we still feel there is a lot of room for improvement and ways for us to grow as a studio. With Maskmaker, we want to make a richer, more extensive adventure with a longer gameplay time (as length was one of the most common player frustrations from Fisherman's), and still try to push the boundaries in terms of visuals, storytelling and uniqueness of the creative approach.

Clearly, It's not an easy task, especially for a VR game! We are backed by a great team at MWMi, so kudos to our publisher for giving us the support we need to challenge ourselves.

Look for Maskmaker to release on VR platforms in early 2021.