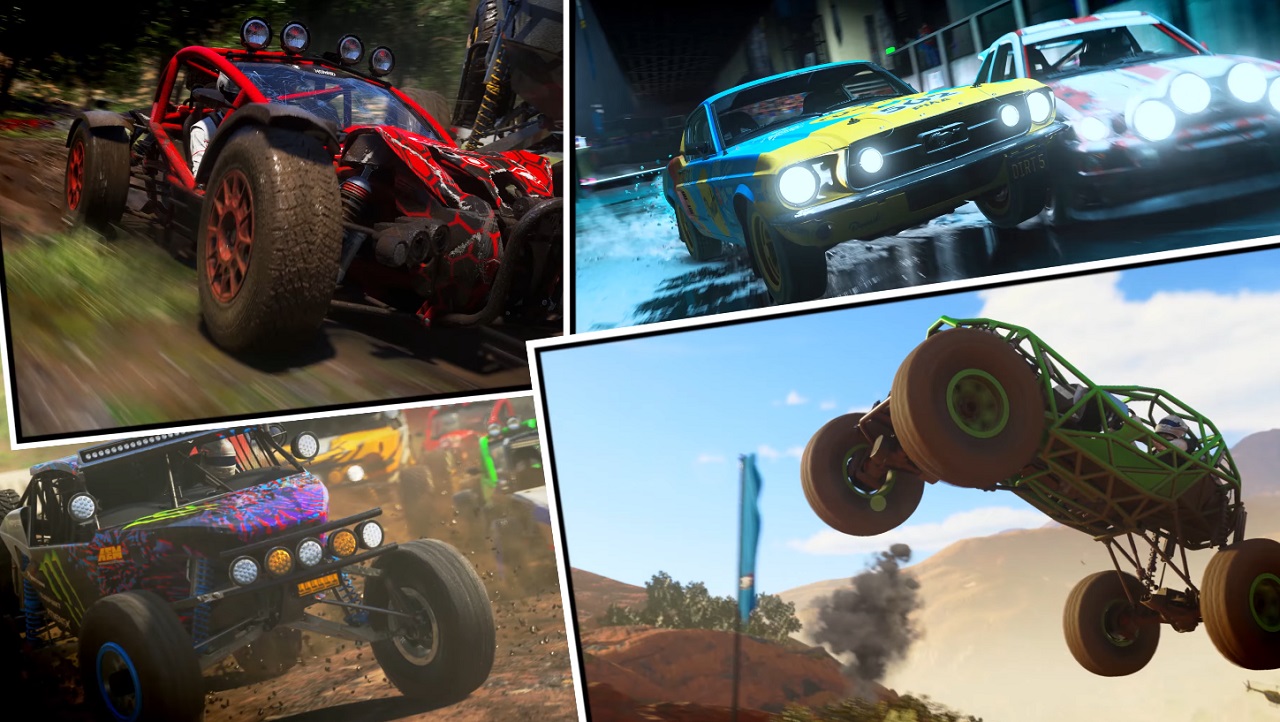 The new Dirt 5 just got a fresh new features trailer from Codemasters showcasing a wealth of content that will be in the game. Splitscreen multiplayer, new and returning events and tracks from around the world, and customizable vehicle graphics with various liveries were on display. That said, maybe one of the most interesting new features in the fine print was that Dirt 5 would be one of the games that will upgrade from PS4 and Xbox One to PS5 and Xbox Series X versions respectively if you decide to transition consoles after buying the game.

The new Dirt 5 Features Trailer was launched by Codemasters on via its YouTube channel on July 15, 2020. The trailer features a ton of great content for the game. For instance, 10 new driving events and tracks are coming to the game, including Stampede in Brazil, Sprint in the United States, and Pathfinder in Morocco, a wealth of new vehicle styles, classes, and decade-centric designs, a livery editor full of official graphics and brands, and much more.

One thing that isn’t shared necessarily in the trailer, but rather in its description is the fact that Dirt 5 has been confirmed to be one of the games that will be receiving free upgrades to the best edition on the console you have, meaning if you purchase the game on PlayStation 4 or Xbox One and then move to PS5 or Xbox Series X later, you won’t have to buy it again. Xbox Smart Delivery and whatever comparable program PlayStation has will take care of that for you.

Since being shown during the Inside Xbox presentation back in May, Dirt 5 has been looking like a stellar showing of new console technology. Today’s feature trailer was a solid display of features and options for the game and it’s good to know that regardless of which route you want to go with the game, you’ll only ever have to buy it once. Want to know which other games are featured on Xbox Smart Delivery? Be sure to check our growing list.