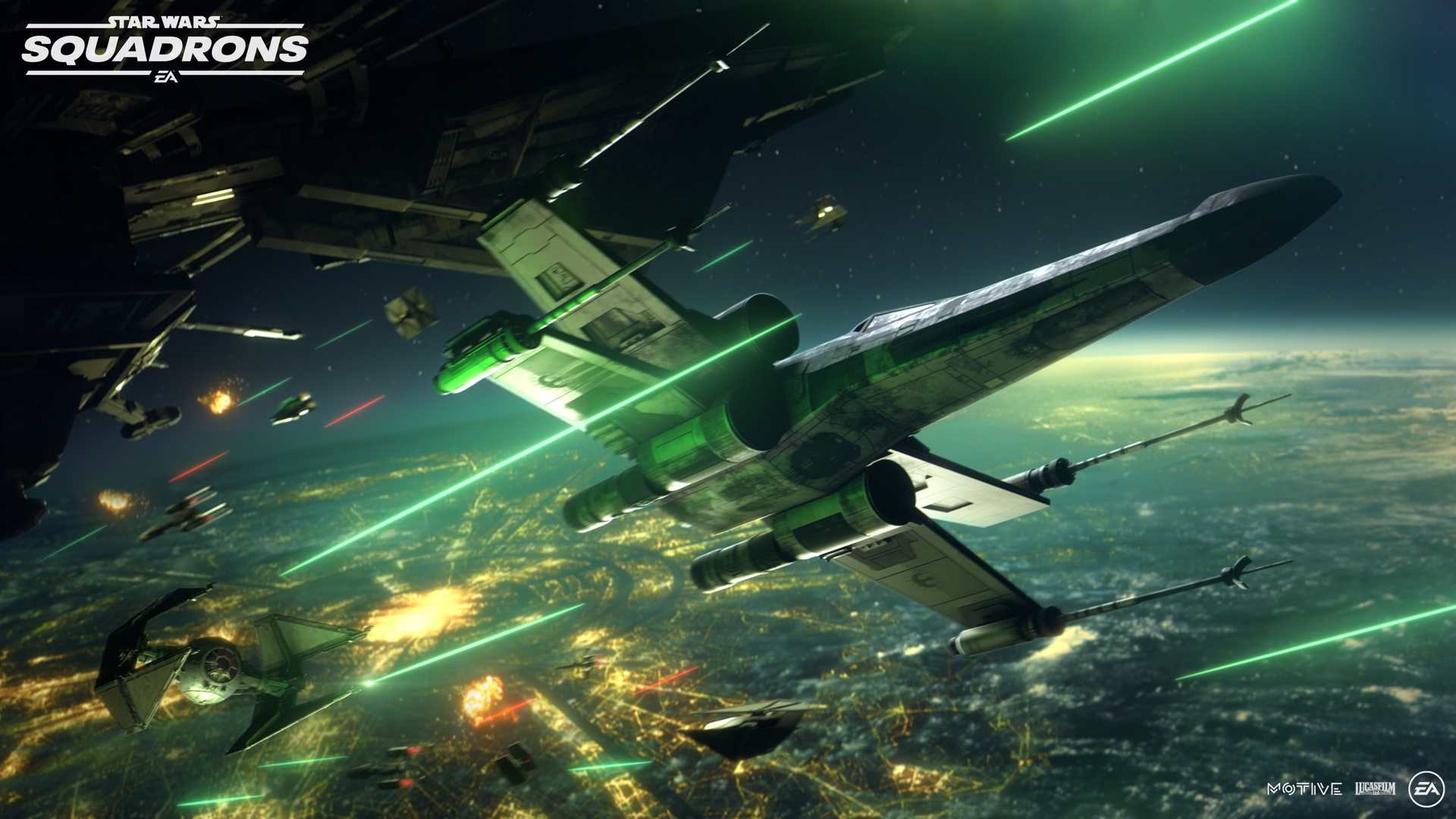 It's been an exciting week for Star Wars fans. Earlier this week, Electronic Arts and the team at EA Motive announced that they would take the franchise into the endless void of space with Star Wars: Squadrons. They also promised to reveal more details about the game during this week's EA Play event. Well, EA Play is here and players got to take a first look at what they could expect from this new galactic adventure.

More details were given on the single-player Star Wars: Squadron stories. That's stories, plural, because players will be able to play out both sides of the conflict. They can play as the Rebel Alliance on its way to becoming the New Republic or as the remnants of the Empire out to avenge the fallen Emperor Palpatine. In an intriguing note, the game's VR support will be far more extensive than expected, as today's first-look trailer promises that the entirety of the game's campaigns will be playable in virtual reality.

First-person piloting will be the name of the game in the Star Wars: Squadrons campaign. Players will get a full cockpit view, making sure to monitor their instruments and look at their sensors, laser charge, throttle, combat display, and more. When Squadrons was revealed earlier this week, EA and Motive teased familiar faces from the Star Wars universe. Those who watched the acclaimed Star Wars Rebels series will be pleased to see General Hera Syndulla make her return as one of the commanding officers for the New Republic. She'll join several new characters on both sides of the fight, who will look to push their respective side to victory.

Squadrons will also focus heavily on its multiplayer component. Players will take part in 5v5 battles, where they can select from a number of different ships, each with their own distinct role. Here's what players can expect to see:

Over the course of the campaign or multiplayer, players can earn customization pieces for both their pilots and their ships. You can even grab some trinkets for your cockpit. They can also earn various components to change up their ship's loadout and suit their own playstyle. Components range from the offensive (cannons, mines, missiles) to the defensive (hulls, shields, deflectors). Remember that, as noted earlier in the week, there will be no microtransactions, so all of this will be unlockable through natural gameplay.

So far, there are two multiplayer modes for Squadrons. Dogfight Mode is a 5v5 battle, in which players can jump aboard their favorite ship and use their own custom loadout to take the fight to the opposing team. Fleet Battles mode is being touted as Squadrons' signature multiplayer mode and appears to be much more involved. These are also 5v5 battles, but take place across multiple stages. The match will begin with a center map dogfight. If your team wins the dogfight, you'll then advance to the other team's two medium-sized capital ships. Destroy the capital ships to advance to the final stage, which is the other team's flagship. There's a back-and-forth nature to Fleet Battles and momentum can swing either way throughout the match. These will not be quick.

Of course, these multiplayer battles will feature players from across all of Squadrons' supported platforms, with crossplay enabled all the way through. This includes VR pilots. We'll keep an eye out for more information on this game in the months ahead, as we continue to learn more about the game's maps, loadout components, and single-player story. In the meantime, Star Wars: Squadrons is coming to PC, PlayStation 4, and Xbox One on October 2.