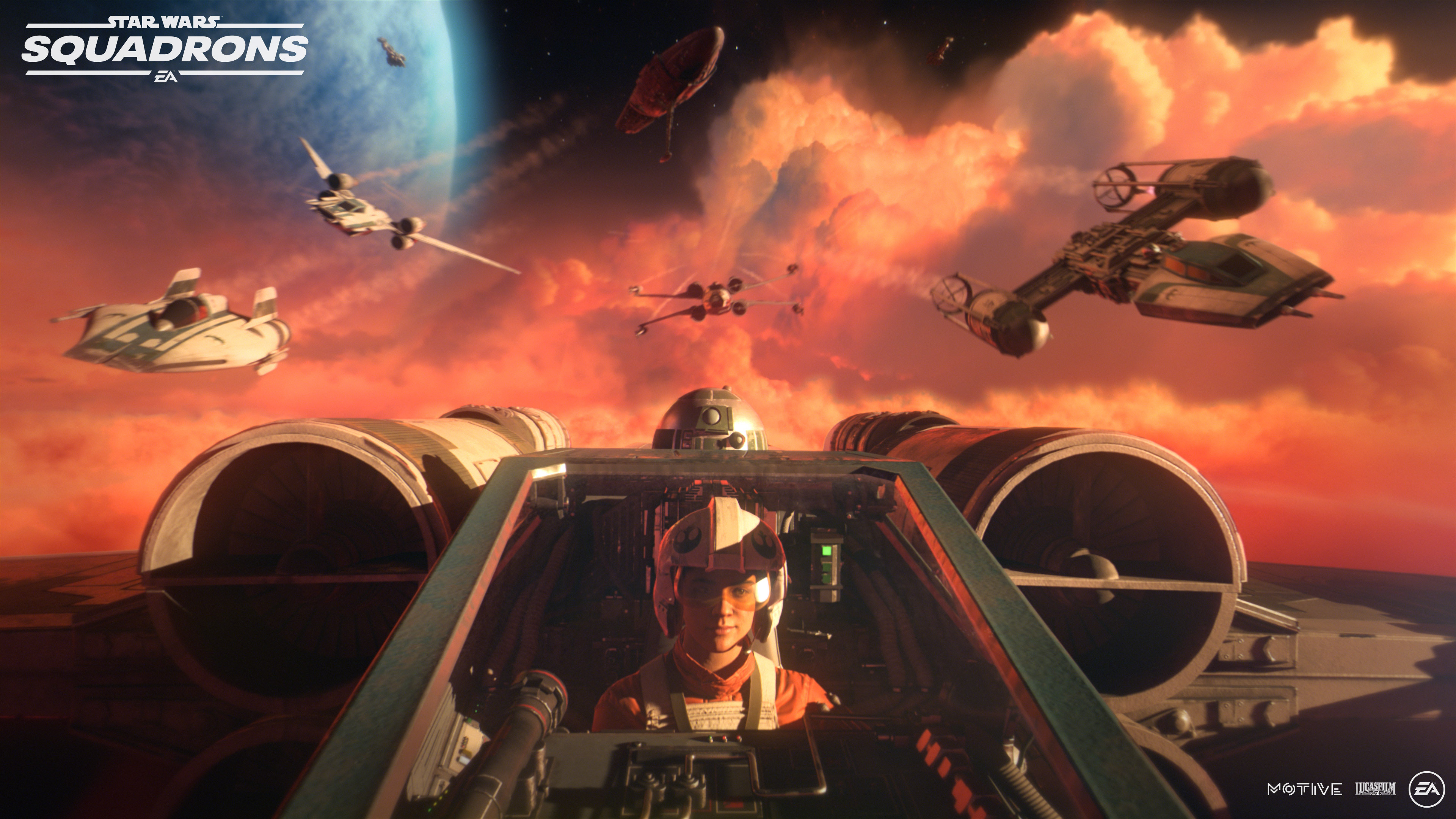 Star Wars: Squadrons has finally, officially been announced, and it looks like an intriguing follow-up to the past few entries in the Star Wars video game universe.

The upcoming space dogfighting title will not only include single-player and multiplayer content, but will allow for virtual reality exploration as well. According to the official Star Wars: Squadrons product page, where you can preorder the game, EA confirmed that it will offer virtual reality content on both PlayStation 4 and PC with cross-play support.

That means you can jump into VR with PlayStation VR or your chosen apparatus (assuming most PC headsets are supported, as that part is currently unclear). You can also play with others in VR on different platforms. It's an exciting move for the game, especially with its cross-play feature. Hopping into the pilot's seat in VR while your friends in their living rooms do the same sounds like an exciting prospect.

Star Wars: Squadrons will not feature microtransactions and will include a variety of different ships to pilot, ways to customize your ships and character, and a single-player story that picks up after the Rebel Alliance destroys the Death Star II.

"We created this game for every Star Wars fan who has ever dreamt about soaring across the galaxy in their favorite starfighter," said Ian Frazier, Creative Director, Motive Studios. It looks like there will be plenty of opportunities to do just that.

The game is set for release on October 2 for $39.99 and it will be hitting PlayStation 4, Xbox One, and PC via both the Epic Games Store and Steam.