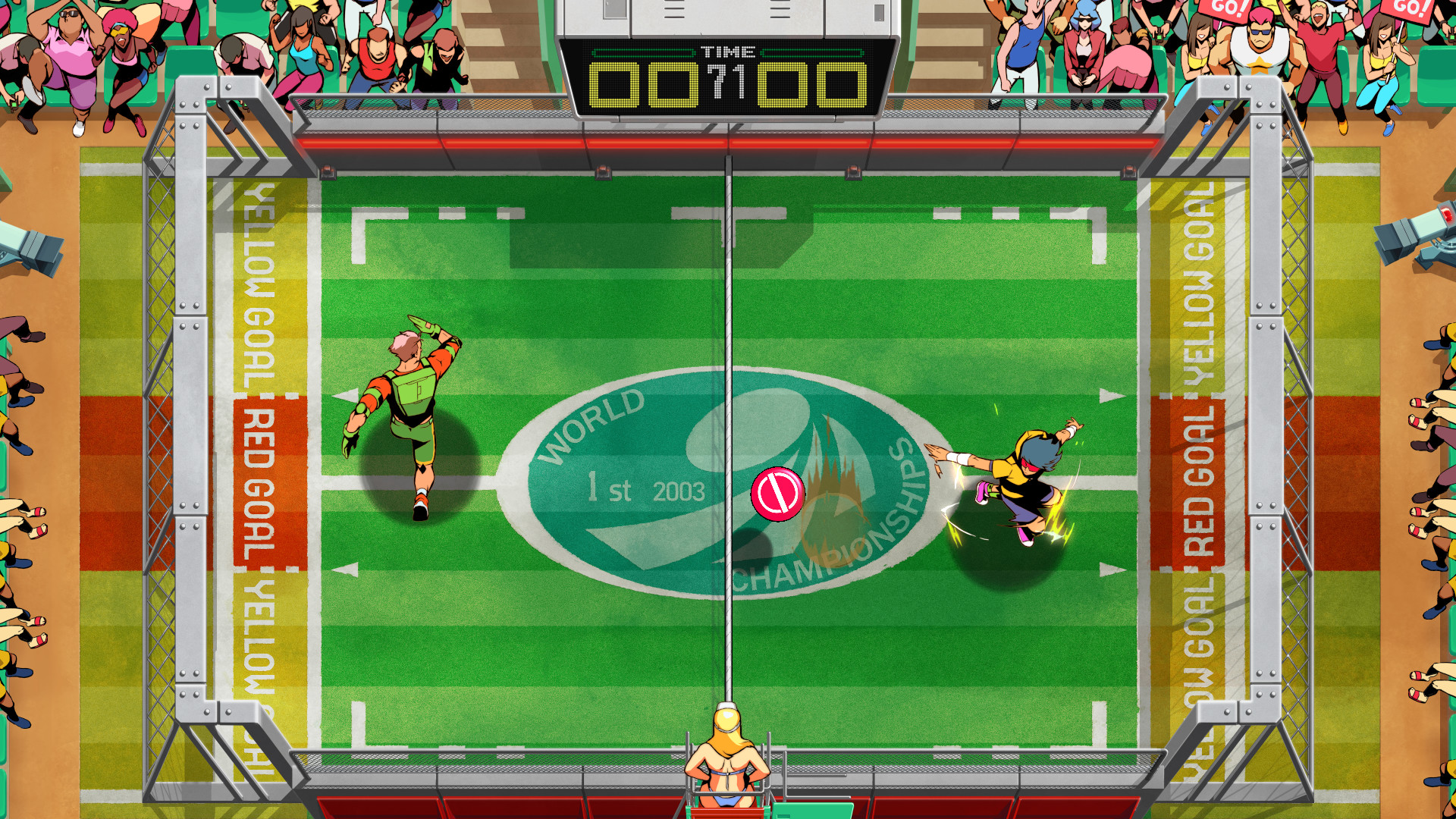 It's been a minute since anybody's heard anything about Windjammers 2. But this will be the week that Windjammers fans have been waiting for, because Windjammers 2 is now at a point where its player base can try it out for themselves. It's set to be one of the games that will part of the Steam Game Festival, where players can try out a free demo.

The Steam Game Festival: Summer Edition was pushed back by a week, but that means it's ready to go this Tuesday. And yes, Windjammers 2 will be part of that lineup. Developer Dotemu released a new trailer showcasing this disc-throwing sequel, featuring a more modern animation style. The rest of the trailer looks like classic Windjammers, with one noteworthy exception. EX Moves look to add a new wrinkle to the formula, giving players a potential finishing move to help them score against their opponent.

What else has changed between the old-school NEO GEO Windjammers and the new modern Windjammers 2? That will be up to the player to determine and they'll get a chance to do so by downloading the free Windjammers 2 demo on Steam. The Beach, Stadium, and Ring arenas will all be playable, along with returning character Weasel and new roster additions Sophie De Lys and Max Hurricane. The demo is fully open to competitive multiplayer play, both locally and online.

The Windjammers 2 demo will only run between Tuesday, June 16 and Monday, June 22. As for the full version of the game, that doesn't appear to have a release date just yet. But whenever it does release, look for it to come to PC and Nintendo Switch as a timed console exclusive. In the meantime, we'll also be keeping up on the Windjammers 2 website for the latest information.