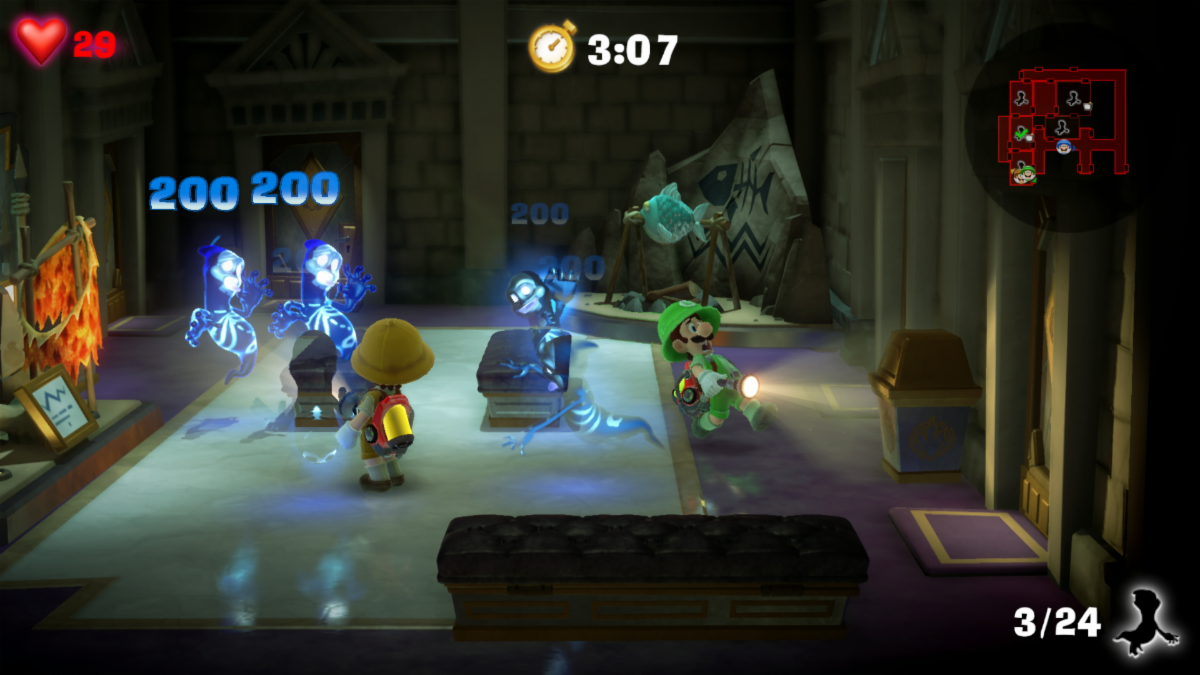 Nintendo has been on a tear lately when it comes to offering up content for its library of first-party Switch games. One game where an update wasn't expected was Luigi's Mansion 3. But with COVID-19 keeping everyone indoors, it looks like Nintendo expedited its schedule and has the Multiplayer Pack Part 2 DLC ready months ahead of schedule.

Luigi's Mansion 3's Multiplayer Pack Part 2 contains three new Luigi costumes, three new ScareScraper floor themes, six new ghosts, and new mini-games for ScreamPark mode. PuckStravaganza introduces a hockey-style mini-game, Floaty Frenzy will take teams to an obstacle-filled water course, and Desperate Measures will have players competing over sand. Your Luigi won't look any better than he does with his new outfits. The Amazing Luigi dresses him as a magician, Cap'n Weegee gives him a pirate look, and PaleontoLuigist gives him an archaeologist look.

Both of Luigi's Mansion 3's Multiplayer Packs are available from the Nintendo eShop for $9.99. Are you picking up Luigi's Mansion 3 for the first time? If you're trying out the game's single-player, be sure to check out our full guide and walkthrough to help you out.