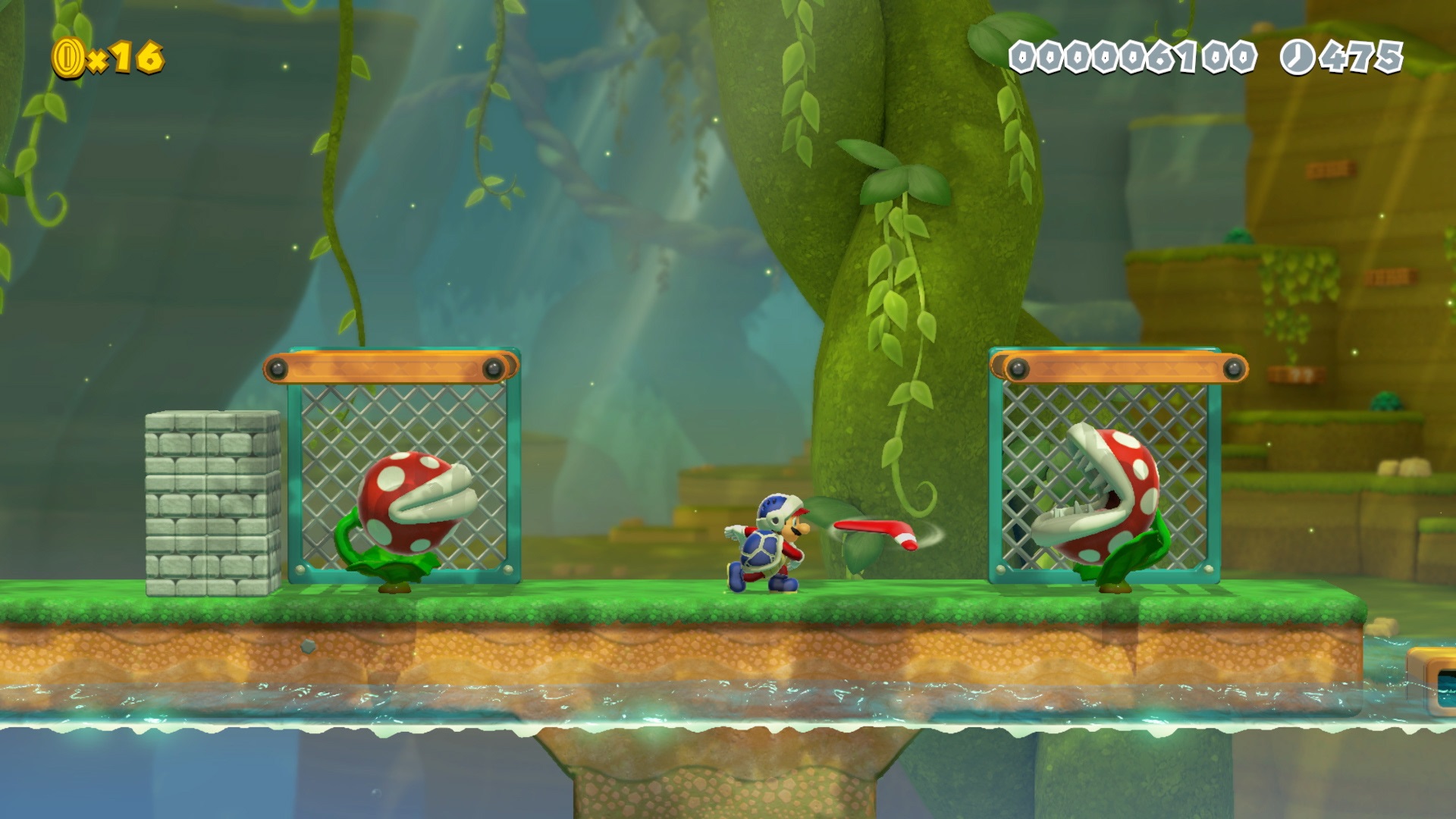 Imagine being the average player on Monday night, just going about your business. Maybe you were selling turnips or exploring Midgar. Then suddenly, here comes Nintendo to reveal Super Mario Maker 2's final update. And more than that, it looks to be the game's biggest update. It appears to be everything that a Mario player could possibly want.

Let's not go into the finer details, otherwise we'll be here all day. There is so much here and enough to keep Super Mario Maker 2 players going for years. And still, there's an insatiable desire for more. So after soaking in everything we're getting, Shacknews wants to talk about a few things we still want.

As we go through this list, keep in mind that while it's unlikely that any of the below will actually show up in Wednesday's update, stranger things have happened. They might be in there as a stealth drop, for all anybody knows. Or they might show up later in a minor update. Nobody knows for sure, but let's operate on the assumption that these features aren't coming. Here are a few things that Shacknews still wants to see in Super Mario Maker 2.

The introduction of World Maker is mind-blowing. It's an addition to the Mario Maker formula that nobody could have ever expected. Now players can create their own overworld map, complete with twists, detours, pipes, and alternative routes. That's almost everything that somebody could expect to see from a game like Super Mario World or New Super Mario Bros.

So with the idea of alternate overworld paths, one would hope that there would be an option to build secret exits into levels. As of now, the Super Mario Maker level creator is still restricted to one starting point and one single exit. Imagine being able to place a second exit somewhere in your level, where the player will have to earn that "true ending." It's something that could be hidden behind a locked door or in an unseen part of the stage. The option to place a red flagpole could be an incredible addition, giving a certain percentage of players a chance to truly show off their skills.

There's a lot about the current level creation infrastructure that would need to be adjusted to make secret exits work. Level creators would have to first clear their level by finding the secret exit from the beginning, as well as from any checkpoints. But dedicated level makers would be more than happy to jump through a few extra hoops to expand their creative possibilities.

Maybe that's not something we get until Super Mario Maker 3 in the distant future, but it's still something that'd be really cool to eventually see.

Here's something that would be a little bit easier to add. Right now, Super Mario Maker 2 has almost every boss in the series. It's a number that's growing this Wednesday with the addition of the Koopalings, all of whom add something different to custom levels. With the possibility of facing these new baddies with new power-ups and even the Master Sword, who could ask for more?

We can. That's the whole idea behind this article.

The influx of elements from Super Mario Bros. 2, one of the unsung classics of the NES library, is something nobody could have expected. But now that Nintendo has seamlessly added items like the SMB2 Mushroom and the Cursed Key, there's one more major piece of SMB2 that's missing. There's no Birdo!

Favorite streamer David 'GrandPOOBear' Hunt was among those voices wondering where the egg-spitting Birdo was, expressing a slight disappointment that level makers wouldn't be able to include the classic SMB2 enemy into stages. Birdo adds more than just the ability to re-create old-school SMB2 battles through the use of the SMB2 Mushroom. Adding Birdo could sprinkle in some neat level interactions, giving players some dangerous eggs to dodge as they move across stages or giving level creators a new method through which they can trigger ON/OFF blocks. Birdo is more than a boss, but also a handy tool in itself for giant Rube Goldberg-like devices.

Even with the addition of the Koopalings, the lack of Birdo is a sad one. Maybe next time.

This particular one is not meant to diminish Nintendo's work in any way. (The same can be said for this article as a whole.) Nintendo has worked very hard to add power-ups to Super Mario Maker 2, even ones that would have previously been thought impossible. Nobody ever thought they'd see a Super Mario Bros. 2 Mushroom or the Master Sword.

Yes, I can see why some of these were left on the cutting room floor. The Hammer Bro. Suit is considered one of the most powerful items in series history, so it can be a challenge to make that feel fun. And there seem to be quirks with ice, in general, in New Super Mario Bros., as Nintendo has conspicuously left out both the Penguin Suit and the Ice Flower.

Hopefully, these issues are something that can be hammered out by the time Nintendo decides to revisit the Super Mario Maker concept. Having everything Mario's ever encountered throughout his 2D history is the true dream and something that feels more feasible now than ever before.

Whether it's an epic chamber filled with secrets or a single-screen puzzle filled with moving parts, there's one thing that can get in the way of the moment. It's that pesky level timer. There's nothing more frustrating than hitting that "Eureka!" moment, only for time to run out.

This would be one of the more understated changes on the surface, but allowing level creators to axe the timer entirely could be a great benefit to everyone. Let players get lost in the atmosphere of a stage, let them take those precious extra seconds to figure out a puzzle solution, or let them take those few extra minutes to take down a boss. Not every level has to be an escape room. This has especially been true since the addition of the Master Sword, which has opened the door for level makers to create their own makeshift dungeons.

Super Mario Maker 2 is a big enough place to house giant stages with no level timer and all-out sprints with 60-second timers. Offer the option to just scratch the timer and let players go at their own leisure.

Now it's time to go backwards. There once was a time where players could run through a particularly fun level and have the option to download it for their own personal use. They could play through it offline, while also having the option to go into the level creator and edit it for themselves. The latter ability is one that was sadly scratched from Super Mario Maker 2 and one that some players still hope to see return.

This isn't just for Super Mario Maker 2 players, either. Anyone who follows the growing Super Mario Maker 2 community on Twitch and YouTube is done a disservice without this feature, especially as level setups have become more complex. Ever watch a content creator's video where they run through a confounding setup filled with moving parts and seemingly-impossible sequences? Back in the first Super Mario Maker, it was a matter of downloading that level and going into the level creator to see how the level maker was able to make that happen. Sadly, that feature was removed with Super Mario Maker 2 and has not returned.

To their credit, level creators have rolled with these changes and have used them to further build their online profile. If these level makers can't watch as content creators analyze their level within the game, they'll simply upload a "making of" video to their own YouTube channel to explain how they were able to make certain pieces work.

But now with the upcoming addition of the World Maker, there's a greater desire than ever to be able to download stages and put simple twists on them. There's a new hunger to take a particularly good level and build on it further to help fill world maps. Or take a good level and learn from it by closely analyzing the moving pieces.

There's no guarantee that this will ever happen, but there's always hope for the future that a minor update will bring this feature back to the Super Mario Maker series and make life better for amateur level creators and expert craftsmen alike.