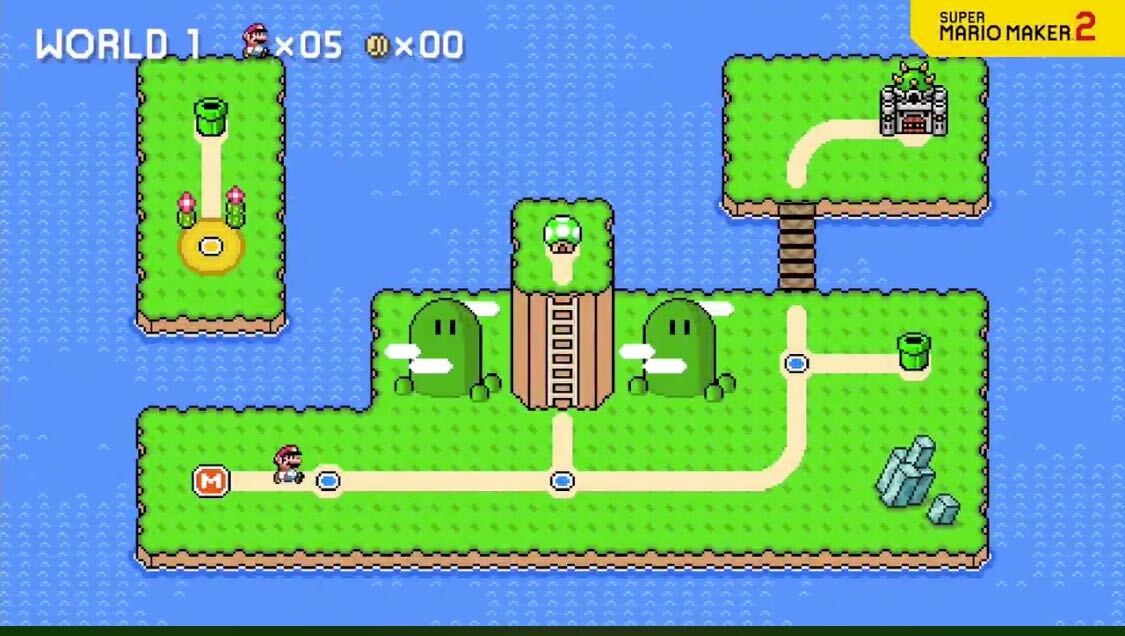 What's left to do when it comes to creating levels in Super Mario Maker 2? How about making entire worlds? That's the final act for Super Mario Maker 2, as Nintendo is adding a massive World Maker mode for what the publisher is billing as the game's last update.

The World Maker will allow players to create their own distinct overworld maps across nearly a dozen different environments. Players can create up to eight worlds with up to 40 courses. That doesn't just open the door for people to make their own levels, but it feasibly lets people make their own Mario games.

If that was it, it would be a substantial update. However, there are many more features coming with this new update. They include:

That's a lot that's coming in this last update to the 2019 Shacknews Game of the Year. More than that, players won't have to wait very long for it. Super Mario Maker 2's final update will arrive this Wednesday.