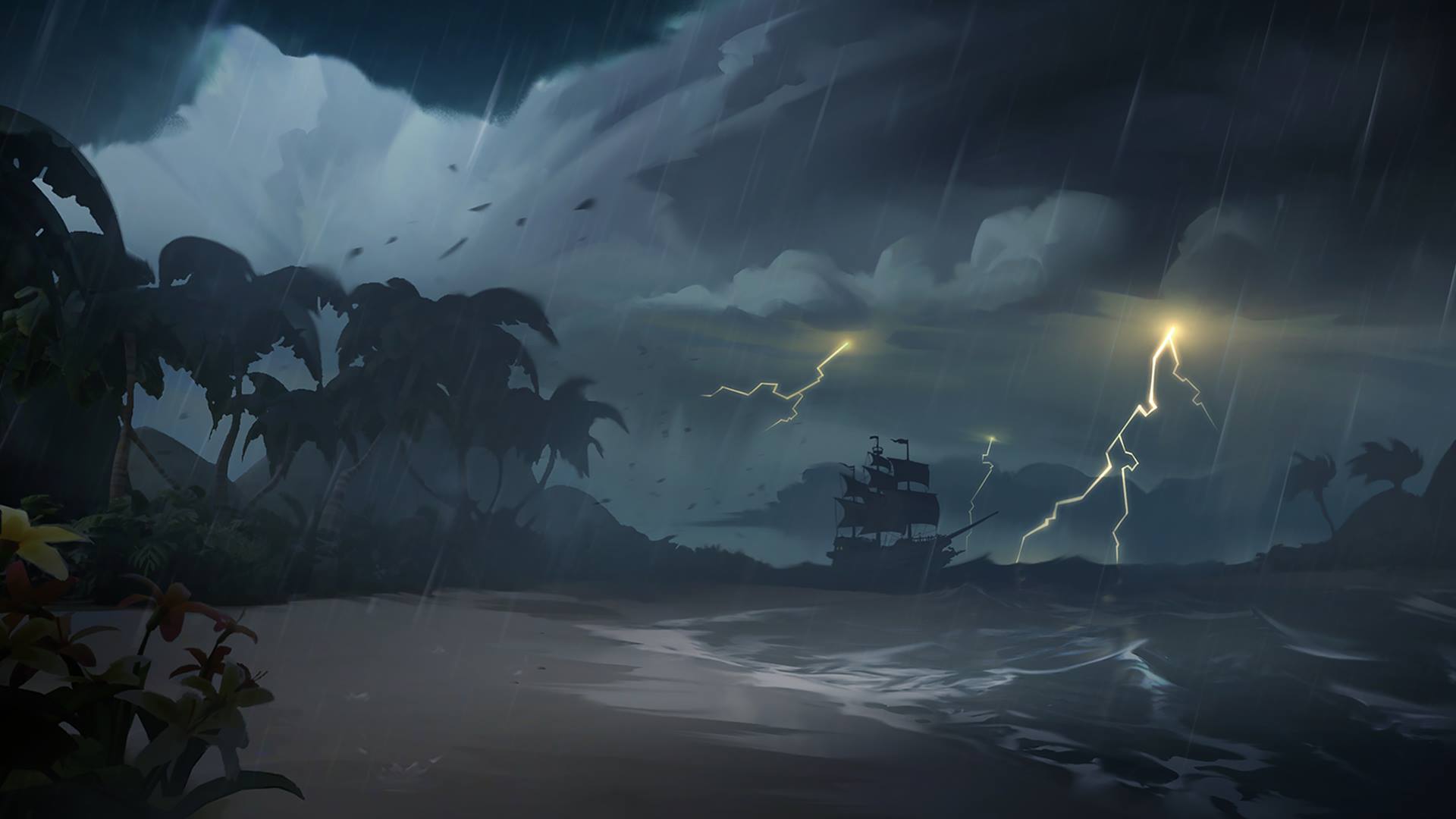 Ships of Fortune is the latest free update coming to Sea of Thieves. This large content drop will shake up several aspects of the game by adding a brand new trading company, a new means to earn greater rewards with the Emissary system, a revamp to the Arena, as well as the highly requested pet: cats! All of this was revealed during the April 7 edition of Inside Xbox.

Players can represent their favorite trading company with the new Emissary system. By visiting a trading company, players can make a “significant” donation to prove you deserve to be an emissary. Once accepted, every piece of treasure you get will help advance you through five Grades, where the higher the grade, the more treasure you receive when you sell up.

There is a slightly competitive side to this to thanks to the Emissary Ledger. Players can earn titles by increasing their standing with the trading companies. How this works is yet to be seen, but it sounds like players will need to spend a bit of time collecting treasure.

And all of this is obviously moot without glorious rewards. The new Emissary system has special pirate and ship cosmetics that reflect the company you’ve chosen to represent.

Beyond the Emissary system, the Ships of Fortune update will also add a new trading company, the Reaper’s Bones. This company has been slowly uncovered throughout the previous monthly updates and has set up shop on the appropriately named Reaper’s Hideout.

The Reaper’s Bones appears to be all about stealing treasure and stealing other player’s Emissary Flags. This likely also means there is yet another company players can use to get to Pirate Legend status.

Beyond these additions to Adventure, it seems as if the Arena has undergone a drastic change. Gone are the multiple maps, replaced with a single chest with a beacon of light. Contestants will be fighting over this one chest, and defending a single turn-in location. To bring the focus in more, the duration of each match has been reduced to 15 minutes, down from the 24-minute matches of yore.

Previously, Arena allowed different skillsets to shine, specifically, the player that was good at reading maps and finding treasure. Now, it seems as if there is a greater focus on combat. Time will tell as to whether the community embraces this new angle.

The Ships of Fortune will also introduce a new revive mechanic. This wasn’t elaborated on too much in the press release, but it seems like teammates are given a chance to revive a fallen comrade before they reach the Ferry of the Damned. I definitely foresee some new strategies emerging where one player sacrifices themself with a gunpowder keg only to be revived by a teammate.

To round off the Sea of Thieves update is the addition of cats! Players that want to buy a pet cat have three choices of breeds: scruffy Wildcat, fluffy Ragamuffin, or slinky Mau. These three breeds each have a variety of colors to choose from. As with the other pets, cats will also have outfit options, including a Legendary and Sovereign set. Expect a few other surprises in the Pirate Emporium too, such as the Night Wulf ship collection and some crab-themed emotes.

The Ships of Fortune Sea of Thieves update is one more piece of good news to add to the pile. In case you missed it, Rare also announced that Sea of Thieves is coming to Steam, though no exact date has been made. For the latest on Sea of Thieves, including news and guides, be sure to check out our Sea of Thieves page.