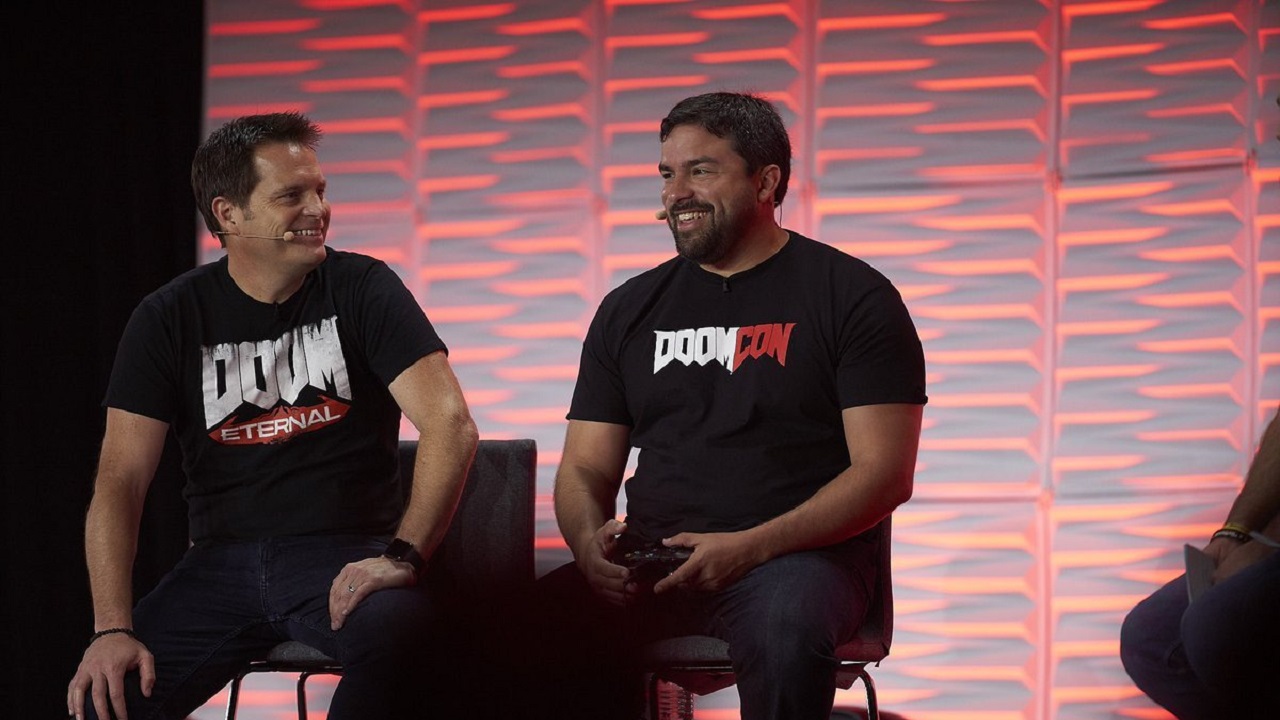 It can’t be anywhere near easy to find the spark of something phenomenal after you’ve arguably peaked. That was a problem id Software found itself in after the launch of Doom 2016. How do you make a game predicated on pure comical aggression and violence an actual game? And not just a game, but better than what came before? Doom Eternal Director Hugo Martin claims it was a challenge that left the first year of development on the sequel feeling like a slog.

Martin revealed this challenge of designing Doom Eternal in Chapter 2 of our recent longread detailing the success of Doom 2016 and the first steps into development of the sequel. As the team made a decision on a full sequel rather than DLC and worked towards a world premiere of Doom Eternal in 2018, Martin took notice of a lack of energy surrounding the new game.

“No one's playing the game,” Martin told Executive Producer Marty Stratton on their way out of work one day. When asked what he meant, Martin explained that it wasn’t something the team was itching to get back to on any day at the studio.

It was a feeling that eventually became concrete as Martin prepared the premiere for Quakecon 2018.

“You couldn't put your finger on it, but the game got really boring because nothing could touch you,” Martin said of the gameplay he put together for the original premiere trailer of Doom Eternal. “You could dash away from projectiles and enemies so easily that you could blast through the whole game like it was nothing. That wasn't good.”

It eventually led Martin to reflect on the focuses of Doom 2016 and what was brought from that experience over to Doom Eternal, and the revelation he had might surprise you.

“Doom 2016 was a one-trick pony,” Martin admitted. “Our combat was world-class, but everything else about the game wasn't necessarily up to the level of the combat… Every aspect of the game had to get better.”

And that revelation eventually helped Martin and the id Software team move towards a turn for the better when it came to developing Doom Eternal.

You can check out what steps they took towards the final product in the full longread, Hell Razer - The Making of Doom Eternal, including the philosophy to lean into a less Last of Us, more “brutal” Super Mario approach to the game. Be sure to checkout our Countdown to Doomsday as well for an excellent collection of Doom content, features, and stories in honor of Doom Eternal’s launch.