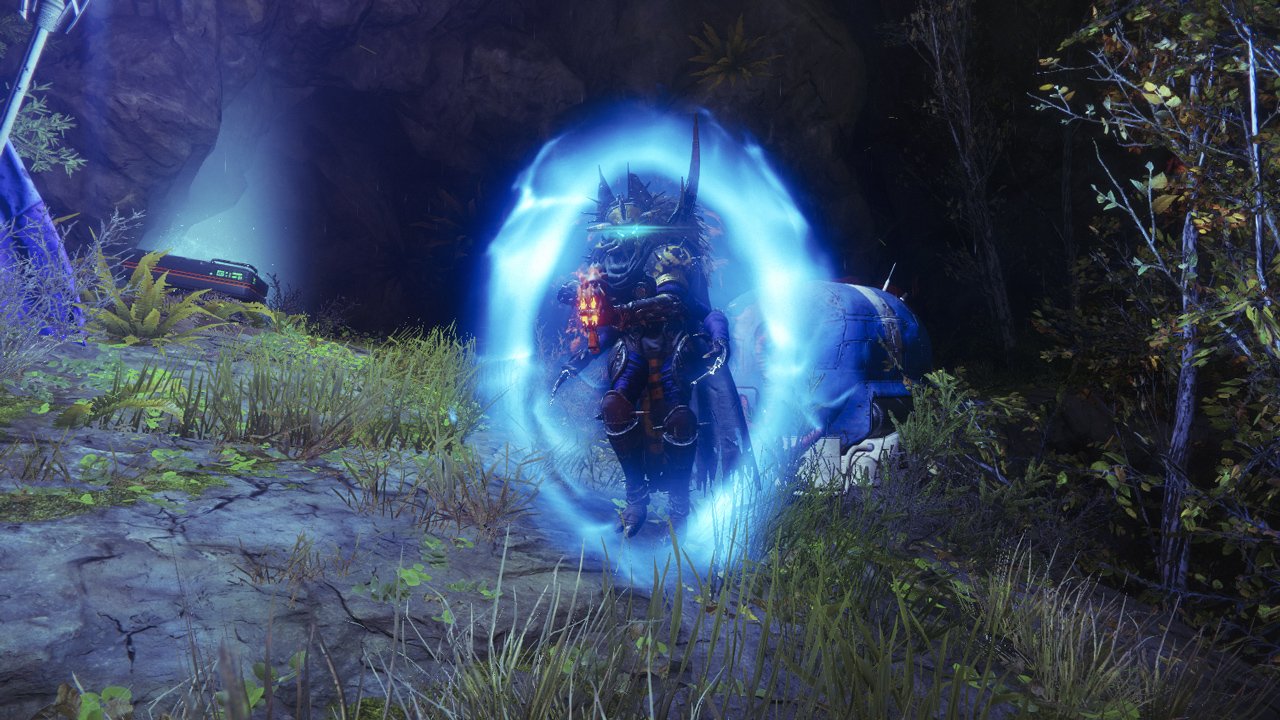 Hiding out on the EDZ is another Wanted target by the name of Drained Captain. Much like the other Wanted bounties in Destiny 2, Spider will have players tracking this Fallen Captain down in exchange for some Glimmer and a bunch of XP. This Arc-shielded, four-armed alien is easy to find and even easier to kill.

The Drained Captain is hiding in the Whispered Falls Lost Sector in the EDZ. This is the Lost Sector found in the Outskirts, an area just to the west of Trostland. This is one of the many Lost Sectors that contain a Wanted target, along with a couple of Nightmare enemies.

To reach the Whispered Falls Lost Sector, start at the Trostland spawn point and head left. Use your Sparrow to make the journey a bit faster. Weave through the street until you come out into the Outskirts.

Don’t go down the hill toward the Bergusia forge, instead, bear right and cut across the arena where the Ether Public Event takes place. The entrance to the Lost Sector is on the northwest side of the area, up in the trees.

The Drained Captain will be found at the back of the small cave system. This Fallen Captain will be defended by Nightmare Shanks as well as a host of other Fallen enemies. Either clear out all the enemies or focus on defeating the Captain as fast as possible.

Once the Drained Captain is defeated, Spider’s Wanted bounty will complete. From here, you can return back to the Tangled Shore to get more of Spider’s Wanted bounties for even more XP, Glimmer, and Enhancement Cores. Remember that you will need a healthy supply of Ghost Fragments, so be sure to farm them up.

For more locations like that of the Drained Captain, be sure to check out the Shacknews Destiny 2 complete strategy guide. We’ve been hard at work locating and documenting everything you need to know about Bungie’s looter shooter.