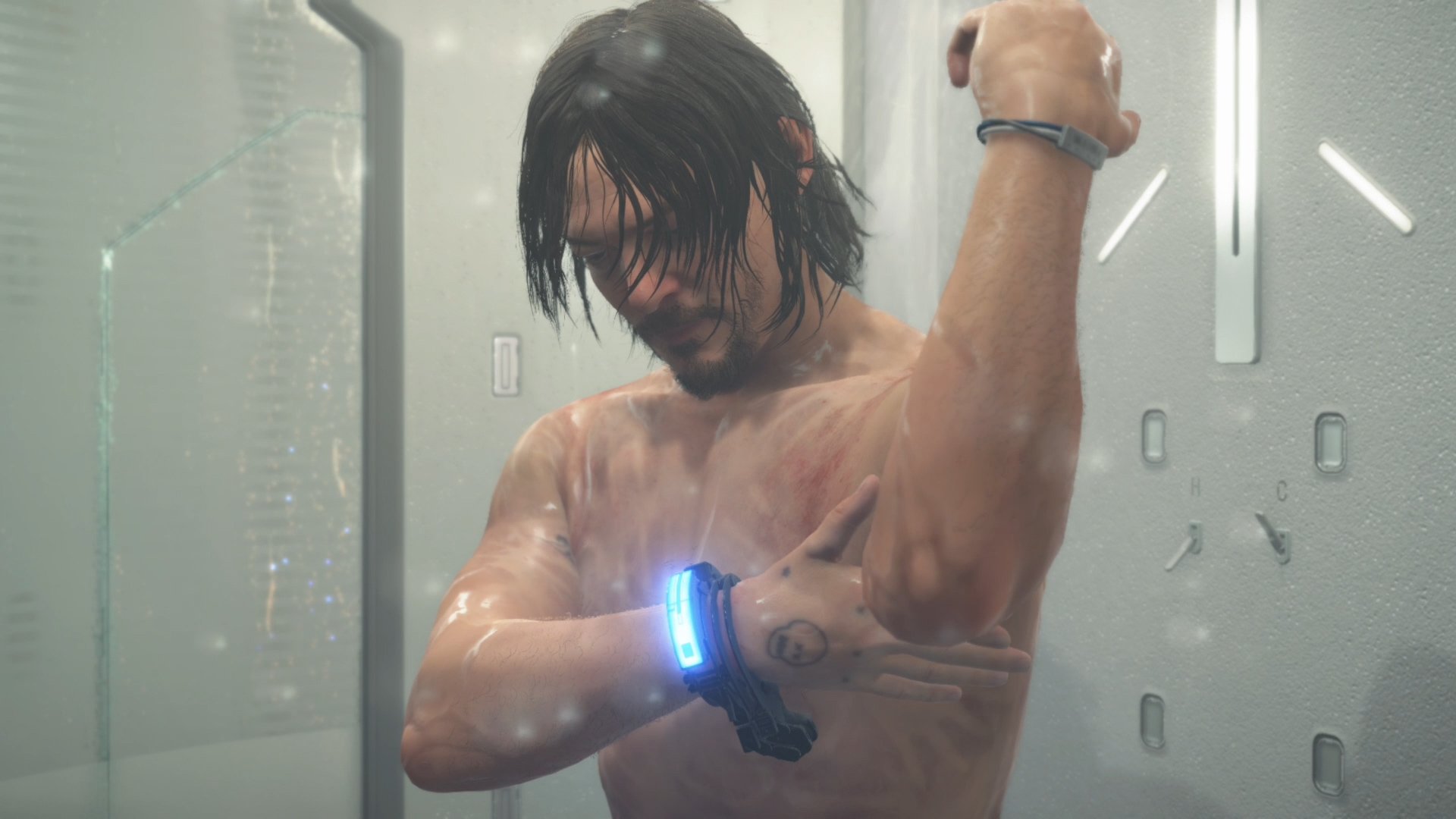 How to take a bath in Death Stranding

As you explore the dangerous world of Death Stranding, you’re bound to end up with blood, mud, or worse all over you. That’s where showers come into play. While you could go the entire game smelling like you haven’t bathed in years, knowing how to take a bath in Death Stranding will allow you to keep Sam from looking like he was never shown how to clean behind his ears.

Before we dive in, we would like to warn readers that this post may contain some spoilers for early-game moments in Death Stranding. As such, readers should only continue at their own discretion.

How to take a bath in Death Stranding

If players want to stay clean and proper during their time in Death Stranding, then there’s no better way to go about it than showering in a nice, hot shower. Players can take a bath at any time by heading to the nearest city and making their way into Sam Bridges’ Private Room.

You can head to the Private Room at any city location to chug some Monster Energy, refill your canteen, or customize Sam’s outfit.

This will cause Sam to hop in the shower (don’t worry, you won’t see anything) and clean up. This is useful for those times that Sam finds himself covered in mud and other goop and will allow you to head back out into the world knowing that Sam is as clean as a cup out of the world’s best dishwasher. Much like peeing in Death Stranding, taking a shower can sometimes net you some various rewards and items, so make sure to take advantage of this option when it’s available.

Now that you know how to take a bath, head back over to our Death Stranding guide for even more in-depth help delivering all those packages.