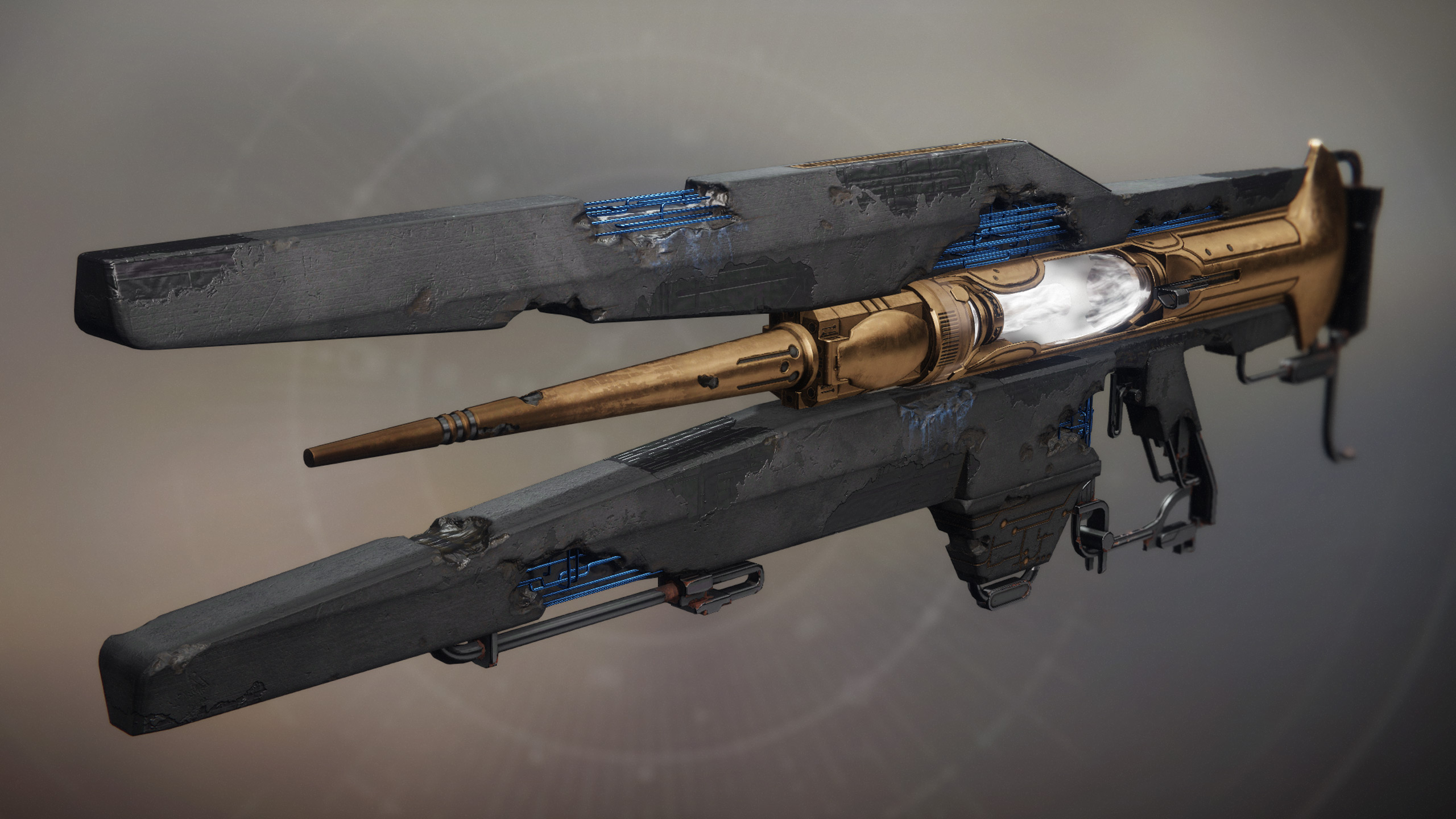 How to get Divinity Exotic Trace Rifle in Destiny 2

Unlocking Divinity, the Exotic Trace Rifle, in Destiny 2 is going to take quite a bit of time. The first step is rather easy, getting the Divine Fragmentation quest item, but after that players must be able to beat the Garden of Salvation raid.

It's important to note that in order to get Divinity, you must complete the laser puzzles and defeat the last boss in the raid within the same raid run. You cannot do the lasers, quit, then defeat the boss at a later time. It's all got to happen in the same instance.

How to get Divine Fragmentation

Before you can unlock Divinity, you will first need to get the Divine Fragmentation quest. This quest was only activated after the first team completed the Garden of Salvation raid. To get it, you must travel to where the entrance of the raid is located – which is on the Moon.

Travel to the Sorrow’s Harbor fast travel point on the Moon. From here, you will need to travel across the field toward the Lunar Battlegrounds. This is the area you fought through in the first mission of the Shadowkeep campaign.

When you hit the Lunar Battlegrounds loading zone, immediately turn left and go through the cave system. You will enter a large cavernous space with a giant Vex gate at the back. Approach the gate and defeat all the enemies that pass through it. Eventually a giant Vex called Zeteon, Redemptive Mind will appear.

Defeat Zeteon and he will drop an Exotic engram. Pick the engram up to get the Divine Fragmentation quest. This Exotic engram also counts toward the Sturm Exotic Hand Cannon quest – so take advantage of this if you’ve yet to complete it.

Divine Fragmentation is the main quest line for acquiring Divinity in Destiny 2. This quest tasks you with finding Vex constructs, defeating Vex units, solving puzzles in the raid, and completing the Garden of Salvation raid. It’s a good idea to have this quest ready before you attempt the raid, that way you don’t have to organize two raid attempts.

“We found this on the corpse of that Vex Minotaur on the Moon. It’s a core of some kind. Definitely Vex made… but I can’t verify exactly what, when, where… or why. We could find the information we need by tapping into a Vex construct, but there are none on the Moon…” – Ghost

The first step to unlocking Divinity is to analyse a few Vex cores. These Vex cores are in three specific Lost Sectors on Nessus: The Orrery, Ancient Haunt, and The Conflux. The Vex core looks like a glowing box. Interact with it to spawn some enemies, defeat them and interact with the core again to complete one of the analyses.

“I had to dig deep into encrypted Vex data to find anything regarding the core. I didn’t find much – only that it’s designed for decryption of something and that its origin lies with the Sol Divisive Vex. I couldn’t learn anything further. It’s broken and its data is largely corrupted. We might be able to repair it if we had access to Sol Divisive parts.” – Ghost

The next step is to collect 120 Sol Divisive Vex parts by killing Vex in the Garden of Salvation raid or in Vex Offensives on the Moon. This should be completed after a single Vex Offensive invasion. You can get this done quickly be heading to the same area on the Moon where you found the quest.

“The Decryption Core is mended, but remains inactive. I was able to mine it for further data, and there are segments of data in a language I’m unable to decipher. Let me see if I can define its resonant energy pattern – wait, what? That’s the same energy that pulsates from the Nightmare Essences. The energy signature is weak, but we should have the means to empower it.” – Ghost

“I’ve fully analysed the Decryption Core now that we’ve empowered it. There’s a ton more data here – but again, I don’t understand most of its language. I was able to extract some key information, sporadic words here and there. ‘Garden… Defenses… Guardians…’ I haven’t made complete sense of it yet, but there’s only one Garden I know of associated with the Sol Divisive.” – Ghost

The final step to unlocking Divinity requires players to find several hidden rooms in the Garden of Salvation raid, and solve a laser puzzle. There is one laser sequence before and after each encounter. Each laser sequence is started by finding and activating a Vex terminal, at which point a message will appear on screen saying: INITIATED: Security bypass protocol.

Next, you will need to locate the laser puzzle and then chain the laser from the start to the finish, solving each puzzle it presents. The player closest to a node will be the start of the tether, the goal is to make the laser pass through each of the diamonds, causing them to change color. Once the laser passes through each diamond and to the final terminal, a message will appear on screen saying: ACCEPTED: Singular security bypass.

Each puzzle it intricate in its layout, so a simple 2D map will not suffice. Instead, it is highly recommended to watch the above video from Datto. He showcases each laser room and how to best solve the laser puzzles. The 3:20 mark is where the raid kicks off and the locations are shown.

Divinity is one of four Trace Rifles in Destiny 2, and all of them are Exotic. Unlike the other Trace Rifles which are all about dealing damage themselves, Divinity’s main purpose is weakening enemies to allow other players to deal more damage. In saying this, it still deals a whole lot of damage. Divinity’s perks are:

Judgement creates a field around an enemy making any hits that connect deal critical damage. This is great for bosses and other enemies where crit-points are hard to hit, such as Kalli’s tiny head. Penance is just a nice bonus burst of damage which helps the Divinity user keep up with damage output.

With the Divine Fragmentation quest complete, you should now be the proud owner of Divinity. The path to unlocking Divinity in Destiny 2 is long and challenging, at least for players that might struggle to get a full raid team together. However, this gun is well worth the effort of organizing a raid run. For more Exotic weapon guides, check out he Shacknews Destiny 2 guide!