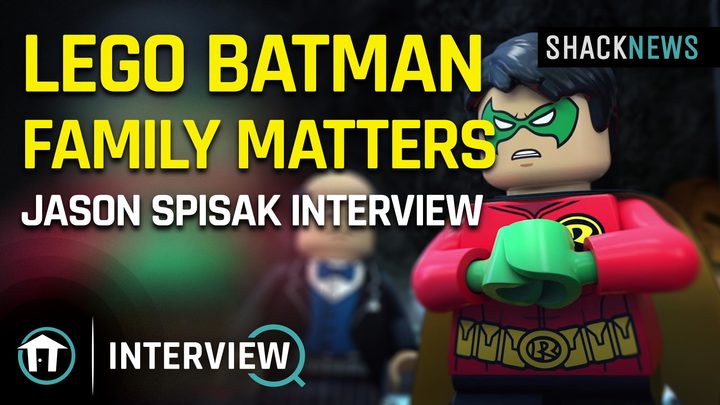 While Jason Spisak may share a first name with his character in the new Lego DC Batman: Family Matters movie it looks like the similarities may end there. Jason Spisak is a talented voice actor whose roles include Wally West in the Young Justice animated series and, more recently, Loki in Marvel’s Ultimate Alliance 3. In contrast, the Red Hood, otherwise known as Jason Todd was beaten to death by the Joker, brought back to life (because comics) and became a gun-toting vigilante. They could not be more different from each other.

But when you take on a role as an actor, you get to learn your on-screen counterpart inside and out. So, just how well does Jason know Jason? Our own ace video reporter Greg “Burkleton” Burke took a few moments while at San Diego Comic-Con 2019 to find out with a series of rapid-fire questions designed to test Spisak’s knowledge of his crime-fighting contemporary. Honestly, after hearing his answers I think that he might know more about the Red Hood than he knows about himself. Jason Spisak answers quickly and confidently when it comes to Jason Todd’s likes and dislikes, but needs a few moments when recalling his own proclivities. You can get to know both Jasons better if you check out the entire interview below in all its amusing glory.

Lego DC Batman: Family Matters is available on Blu-Ray and DVD now, as well as via digital download from your outlet of choice. And be sure to check out Marvel Ultimate Alliance 3 to check out Jason as Loki. To check out more vids from our SDCC 2019 coverage as well as all the latest interviews from your favorite pop-culture and video game franchises and series be sure to hit up our Shacknews and GamerHubTV Youtube channels.