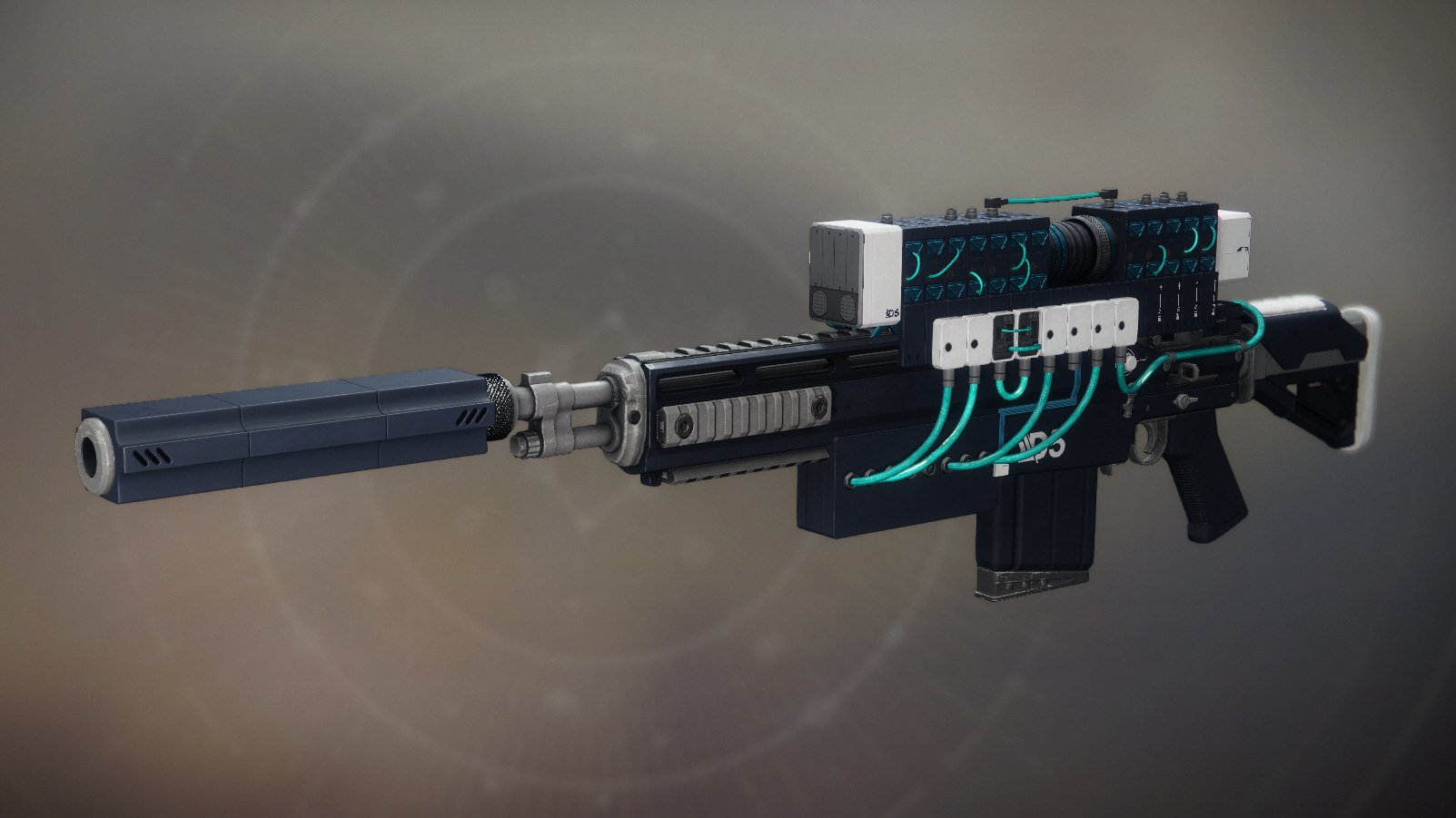 Weapons to use once Whisper nerfs hit Destiny 2

Alright, so Whisper of the Worm is getting super-nerfed. The quicker we all deal with this grief and move on, the faster we’ll find a replacement for our favorite boss-melting weapon. We’re now holding interviews for heavy weapons to go into the Power weapon slot. There’s a lot to choose from, with Exotic and Legendary weapons all being viable options.

One concerning factor in Whisper of the Worm’s nerf is that the gun was easily acquired by any player. When I say “easily”, I’m referring to the fact that there is a clear path to unlocking it. Now what we’re left with is a lot of great weapons, but most of them are randomly acquired through drops. So while Thunderlord might be great, this doesn’t help you if you didn’t do the quest.

So let’s talk about some of the viable replacements for Whisper of the Worm so that you can start planning your Crown of Sorrow loadouts.

Thunderlord is a clear winner when it comes to replacing Whisper of the Worm. Ever since it was reintroduced during the weeks-long murder inquest, players have been using this electrified machine gun wherever possible.

To really ensure the power never dips, couple Thunderlord with a Warlock using Lunafaction Boots and Well of Radiance. The bottomless pit of ammo and the increased damage will see your fireteam melting bosses in no time.

Plus, it will be nice to use a heavy weapon against waves of ads again, as opposed to feeling you need to save the ammo for the boss fights.

You laugh now, but just wait until you’re staring into Riven’s ugly face and your whole team starts unleashing a salvo of grenades. It’s a surprisingly powerful gun to be sure. Unfortunately, it’s only really viable when you’ve got a stationary target with a large crit point. Just keep this one in your back pocket in case you’re all out of options.

What makes it a good choice is that it’s fully auto. No other grenade launcher is able to match the rate of fire of the Prospector, which when paired with Lunafaction Boots or a Rally Barricade, has it firing off 10 or more grenades in a matter of seconds.

Oh, Mr D.A.R.C.I., how we’re so conflicted about you. In vein have I struggled, it will not do. My feelings will not be repressed. There’s no denying it, D.A.R.C.I. is a clear underdog capable of dishing out the damage.

This lovely sniper rifle is surprisingly powerful. While it doesn’t have the same allure as Whisper’s infinite ammo, it does boast a high damage threshold. When aiming at an enemy, the D.A.R.C.I. will show said enemy’s stats. While this is active, the sniper gains better target acquisition and precision damage is significantly increased. If you want a sniper rifle that offers great sustained DPS, look no further.

Pinnacle weapons are great and 21% Delirium is no exception. While it might not have been on your radar previously, now that Whisper is transforming back into Black Spindle circa 2015, it could be a good option for those with bad luck when it comes to drops.

There is a clear path to unlock 21% Delirium. Unfortunately, it will mean playing a whole lot of Gambit between now and when the next raid drops, presuming you’re trying to find a Power weapon replacement before then.

What makes the Delirium a decent choice is its trait, Killing Tally. Kills increase the weapon’s damage until it is stowed or reloaded. When used in conjunction with Lunafaction Boots or Rally Barricade, you can increase the damage and lay into the boss until you’re dry. Plus, the benefit of using a Legendary means you can use an Exotic in your Energy or Kinetic slot.

Bad Omens might be an attractive choice, but that Tracking Module trait is more likely to reduce your damage output than increase it. Go for a classic like Curtain Call or Sins of the Past. You know, two weapons you can actually pull out of your collection.

Out of these twos, it’s worth opting for Curtain Call, given its smaller blast radius. When dealing with a single target, you want as many of the cluster bombs exploding as close to the target as possible. A large blast radius will only be a detriment.

This is my wild card. The Crooked Fang-4fr is a linear fusion rifle. This archetype of gun hasn’t really had a lot of attention outside of Sleeper Simulant, and now that Sleeper is also being locked up for being too much fun, it’s time to look elsewhere.

Destiny 2 update 2.2.0 saw a 10% increase to linear fusion rifle damage (except Sleeper).  As it stands, one of the few you can get at the moment is Crooked Fang-4fr, which is from Banshee-44 rank-up packages. This is by far the easiest weapon to acquire, as you no doubt have a thousand or more gunsmith materials lying around.

As for a Crooked Fang-4fr god roll, keep an eye out for Accelerated Coils, because the faster it charges the more damage you’re dealing overall. This can be coupled with Backup Plan for even speedier shots. You should also be looking for anything that increases its damage. High-Impact Reserves, Kill Clip, Rampage, and even Box Breathing are pretty decent.

Now we’re talking. Though this list is more directed at Power weapons, what we’re really looking for are boss-killers. Outbreak Perfected fits that to a tee.

When six players get together and maintain sustained fire on a boss, the damage just skyrockets. As always, coupling this with Lunafaction Boots and Well of Radiance takes the damage output to ridiculous levels.

If you haven’t already, do yourself a favor and complete the Zero Hour mission to unlock Outbreak Perfected.

While Whisper of the Worm’s nerfs are pretty intense, all hope is not lost. For now though, start looking for other Power weapons to use instead of Whisper. There are plenty to choose from, and you might just walk away with a new favorite Power weapon to use in Destiny 2. Head over to the Shacknews Destiny 2 guide for more insight on weapon metas.