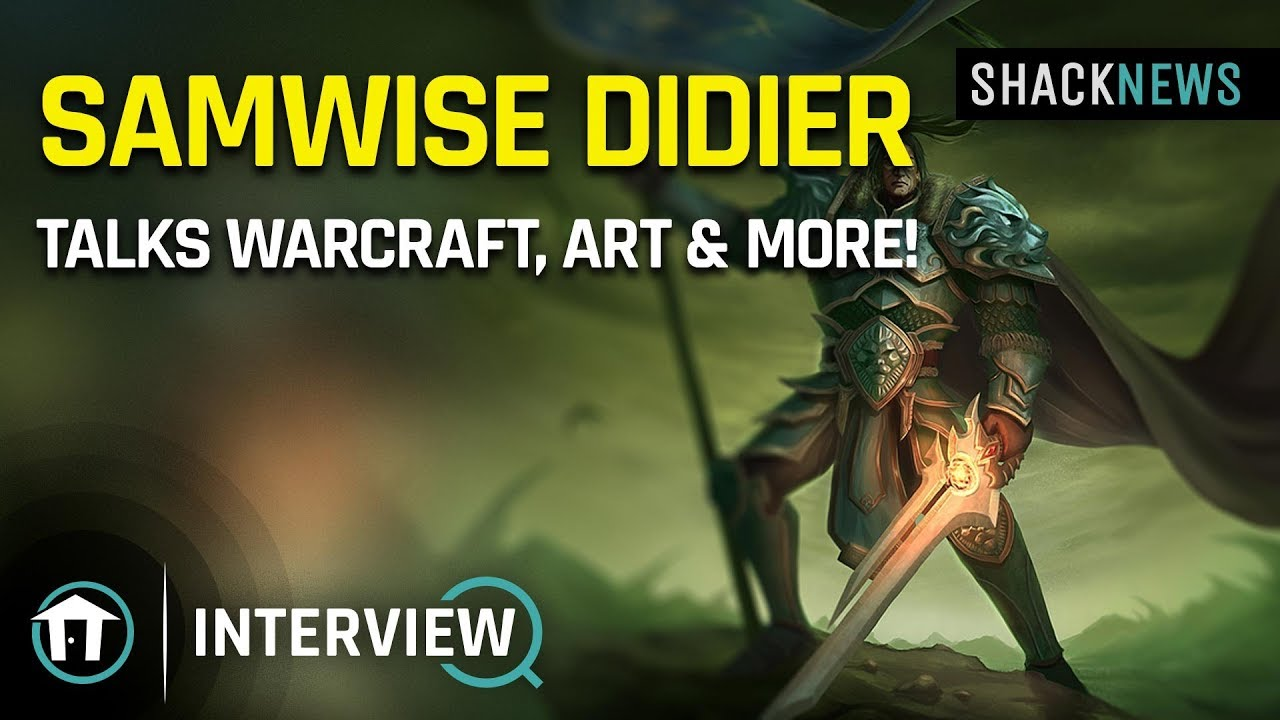 Blizzard senior art director Samwise Didier has been with the company for just about as long as it has been around. Now, on the cusp of the Warcraft franchise’s 25th anniversary, we had a chance to sit down with Sam to talk about the long road they’ve walked together and a few other topics.

The interview covers a range of subjects but the most prevalent topic is Warcraft’s art direction and how it has evolved over the years from the original Warcraft game all the way to the World of Warcraft. Sam discusses the way the art ties together with the gameplay and lore of the series to create the best quality entertainment experience possible for their audience. Sam also goes in-depth in regards to his art style of making characters with big shoulders, feet, and hands that have become so iconic throughout the Warcraft series. “It’s been a lot of shoulder pads and a lot of work” said Sam in regard to his prolific career.

While a majority of the discussion focuses on the history of the Warcraft franchise and his involvement, Sam also takes a moment to offer up some advice to would-be concept artists. He goes on to talk about how social media has given promising artists a new platform to engage with pros like himself and the proper way to show off their skills to potential employers. Sam states “If you want to be a concept artist I think it couldn’t be easier than nowadays. There are tutorials online and you can reach out to almost any artist on social media, including myself.” You can check out the full discussion in the video embed below.

For more Warcraft coverage and even more exclusive interviews and gameplay footage be sure to head over to our Shacknews and GamerHubTV YouTube channels and subscribe.

Chivalry 2 reveals more visceral kills and "the satisfaction of combat"