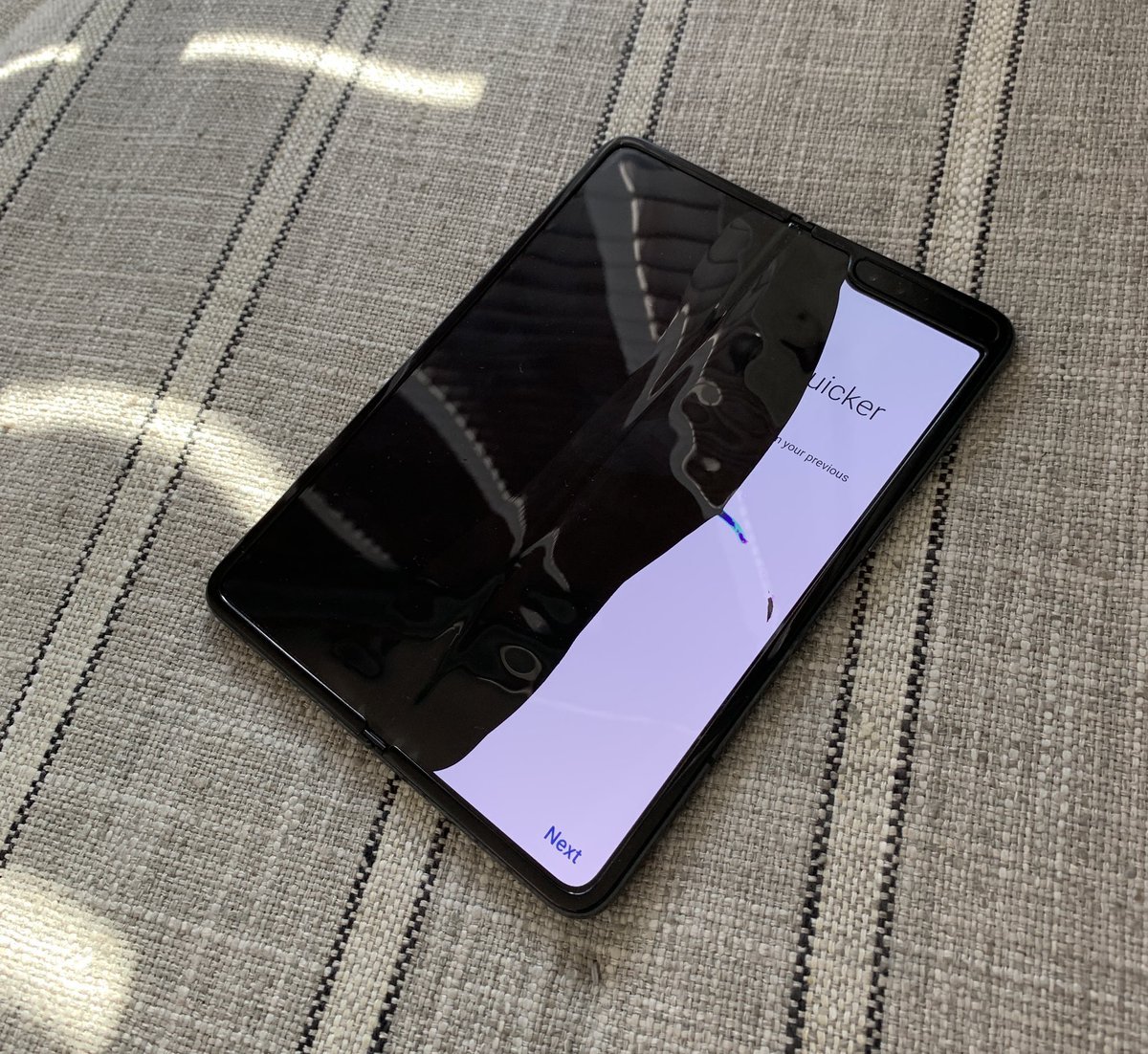 Shacknews is pretty obsessed with these foldable smartphone devices that are hitting the market in 2019, and the Samsung Galaxy Fold is in the hands of influencers and tech reviewers right now. While we would normally be pretty jealous of the opportunity to review brand new tech, it seems that many of the chosen reviewers are expierencing horrifically bad screen failures just a few days into using the foldable smartphone device. It appears the first generation Samsung product might have shipped with some fatal design issues that are killing the screen. This is probably bad for a brand new product category, so let's take a look at some of the highlights of this unfolding technology disaster.

I got this far peeling it off before the display spazzed and blacked out. Started over with a replacement. pic.twitter.com/ZhEG2Bqulr

Marques Brownlee (MKBHD)'s Samsung Galaxy Fold review unit seems to have been damaged by human error, as he claims to have been picking at the film that coats the Fold's screen. This is not a screen protector, and he quickly lost all screen functionality on his smartphone. He's not alone with Fold problems, as The Verge's Dieter Bohn has reported that his Samsung Galaxy Fold had its screen break in one day. Bloomberg gadget reviewer Mark Gurman is also experiencing a broken screen on his review unit.

The screen now appears to be completely dead pic.twitter.com/FPpNrGo6gA

But wait, there is more! Steve Kovach from CNBC also is experiencing catastrophic screen failure on his bendy phone. Once again, after just one day of use.

After one day of use... pic.twitter.com/VjDlJI45C9

This is an unfortunate thing to happen to any technology company trying to launch an innovative product. Samsung, Huawei, and Royole are all trying to figure out this convertible tablet smartphone device, and we are seeing different takes on how the hinges and screens function. Samsung touted their hinge during the Galaxy Fold reveal event, and it appears to be the cause of these reviewers' issues. This is the price of being an early adopter, and the Samsung Galaxy Fold costs $1980. Samsung has begun the review unit replacement process for all journalists and influencers who experienced issues with their bendable screens.

Hopefully this will be resolved and people can go back to debating if they should buy a bendy phone. For now, it seems prudent to let these reviewers and influencers suffer the early adopter tax.