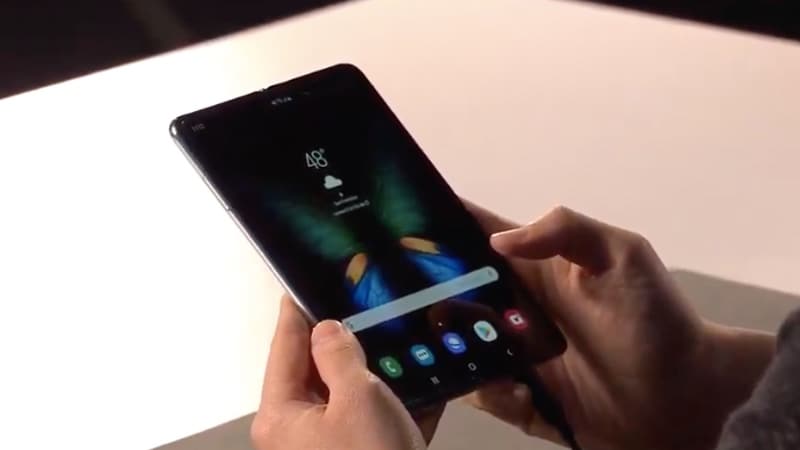 Samsung has taken the stage at the recent Galaxy Unpacked 2019 live event with fresh new product reveals including the new phone known as the Samsung Galaxy Fold. Intended as the first consumer-oriented bending smartphone display and pitched as a "one-of-a-kind luxury device," The Galaxy Fold is offering up top-tier specs and flagship Samsung design alongside a bank-busting price tag.

It’s all been leading to this.

Tap below to receive reminders about our #Unpacked livestream on February 20, 2019.https://t.co/YzTOw2ZIFT

The biggest draw to the new Galaxy Fold is obviously the phone's unusual arrangement of displays. When folded closed, the phone offers a a 4.6-inch front-facing display. Pried open, the Galaxy Fold offers a unique 7.3-inch display running at a remarkably squared aspect ratio. Both screens are touch-sensitive, and what Samsung calls "app continuity" allow programs to seamlessly transfer between front and interior screens.

The rest of the phone is no slouch. Samsung says the Galaxy Fold features a 7 nm processor mated to 12GB RAM and 512GB of "onboard memory," which should provide more than enough storage for user's files. The device also features two separate batteries which combine for a total capacity of 4,380 mAh.

Beyond the core specifications, the Galaxy Fold also offers an array of six separate cameras which together provide a "camera for every angle." One camera is posted up front for quick captures and selfies, three are on the back for high-quality shots, and two more are featured on the inside of the device near the top-right of the Infinity Display.

Given that the Samsung Galaxy Fold is being offered at what can only be considered a new tier of mobile technology, it comes with a remarkably high price tag: $1,980. If a hybrid mobile phone/tablet with a folding display sounds right up your alley, hopefully the price tag won't make your eyes water. Expect to see the Samsung Galaxy Fold hitting store shelves on April 26. For more Samsung Unpacked coverage, keep it tuned right here to Shacknews.