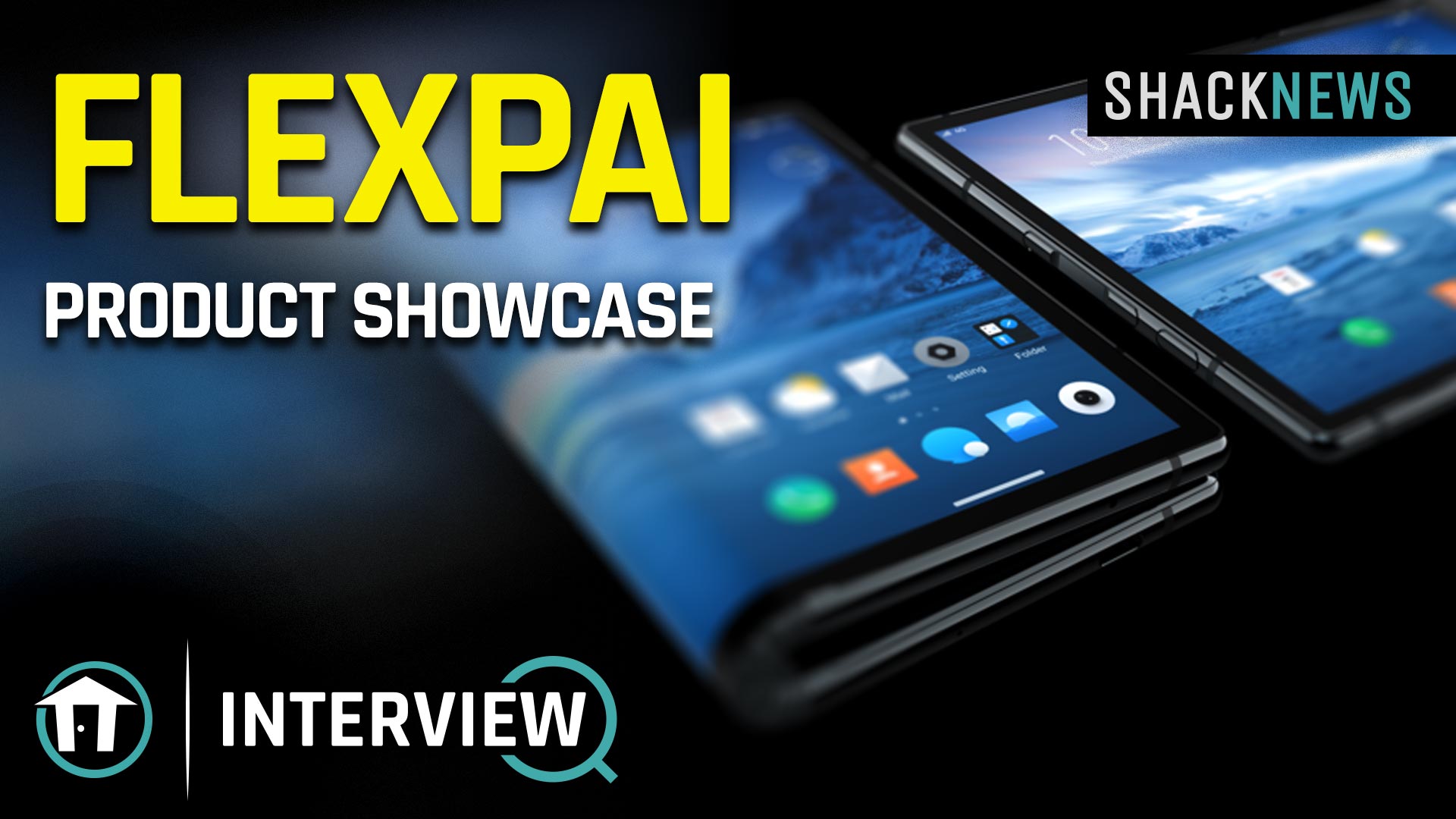 If you’ve ever wished that you could bend your smartphone or tablet in half and stick it in your pocket, the FlexPai might be for you. At CES 2019, the Shacknews staff were treated to a walkthrough and demo of this cutting-edge piece of technology, referred to as the world’s first bendable smartphone that also has a tablet mode.

As the demo begins, the FlexPai looks like any other small tablet, rectangular in shape and laid flat. The presenter quickly shows off the various physical transformations that are possible, however, bending the FlexPai in a manner that allows it to function as its own stand on your desk. Next, the FlexPai is folded in half, not unlike a book. One side would act as the phone’s main screen, the spine would showcase the various notifications, and the back even allows for opening and interacting with applications.

Beyond being able to bend it and put it in your pocket, the FlexPai also comes with a dual camera, plus a feature that allows the photographer to give the subjects a live preview of what the photo will look like, just in case you need to confirm your duck face is on point.

Being a bendable smartphone, the FlexPai will understandably face questions about its durability, which the presenter was ready to address. Described as a plastic-like material, the FlexPai can be dropped without fear of shattering or getting cracked. Internal testing saw the FlexPai withstand being bent 200,000 times without cracking or breaking.

Those wishing to take a closer look at the FlexPai and dive deeper into its specs should check out the Royole website. You should also subscribe to the Shacknews YouTube channel, as well as the GamerHubTV YouTube channel. It’s there that you’ll find more exclusive interviews and demos from world’s biggest events featuring video games cutting-edge technology.