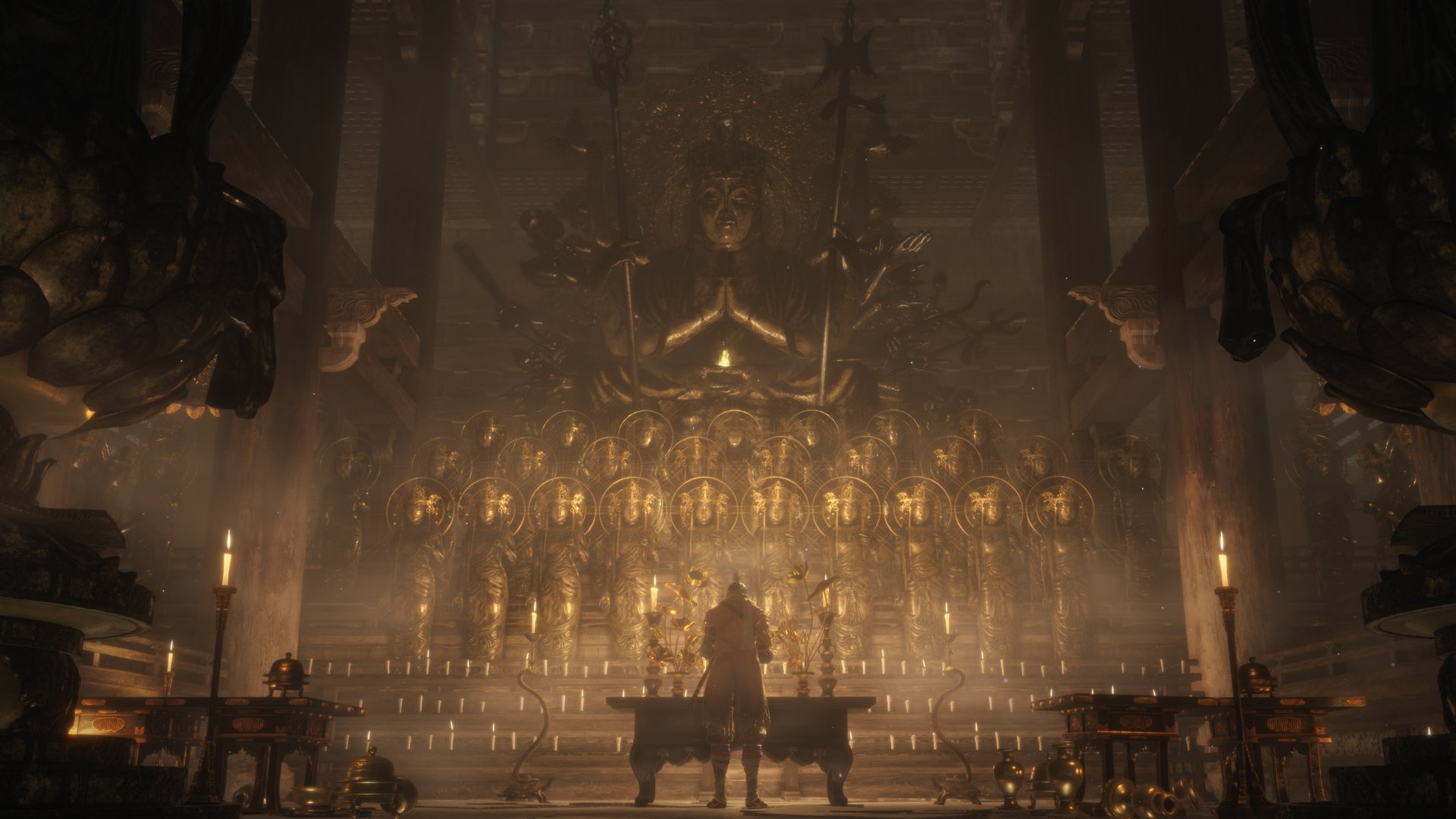 FromSoftware is among the leaders in offering compelling single-player gameplay, iterating on its recognizable formula first established in Demon's Souls. There have been changes in scenery, but none quite as drastic as the game the developer is putting together for Activision. Sekiro: Shadows Die Twice ventures into the realm of Medieval Japan for a fantasy narrative full of darkness and beauty. It's a game that combines bloodshed and violence to signify the poetic end to something beautiful.

Last time Shacknews went hands-on with Sekiro: Shadows Die Twice, we died. We died a lot. But Shacknews recently had the opportunity for a rematch with FromSoftware's latest, while also getting a chance to truly dive head-first into the game's narrative for the first time.

The story opens with a bloody war, one that ends with only a young boy left standing. A great warrior stands before the boy, but admiring his fearlessness, spares his life and takes him in to teach him the way of the Shinobi. Years later, he grows up to be Sekiro's main protagonist, a lone wolf who is given the moniker of Wolf. Now an adult, Wolf's master points him to another young boy who has yet to come of age. He is the Divine Heir and Wolf is tasked with protecting him with his life.

If that implies that Sekiro will be a cutscene-heavy affair, it is not. That's where the cinematics end. The remainder of the game plays out through dialogue and gameplay. The intro stage sets the stage for what's certain to be a long adventure. It also sets up the rest of the story, with evil forces attacking and abducting the Divine Heir. Wolf attempts to fight, but has his arm dismembered in the ensuing battle.

The story begins proper with Wolf taken to a dilapidated Buddhist temple by a blind carver. The carver waits as the hero is suddenly revived, powered by the essence of the Divine Heir, called the Dragon's Heritage. Wolf's ability to resurrect feeds into the overarching mystery of the Divine Heir and exactly what he is. In an effort to aid Wolf's journey, the carver crafts the Shinobi Prosthetic, which comes with a default grappling hook attachment. While that serves as its main function, players can find materials called Shinobi Tools to craft multiple attachments. Simply bring the materials to the carver and he'll improve the Prosthetic on the spot. This also feeds into Sekiro's overall upgrade system, a skill tree for Shinobi Arts that unlocks by defeating enemies over the course of the game. Players can upgrade their Shinobi Prosthetic abilities, as well. One example can have players upgrade their Shuriken toss to impact jumping enemies as they come in.

One might wonder how Sekiro maintains the FromSoftware tradition of penalizing death. Dying will happen often in Sekiro and it's going to hurt. Death will mean a permanent loss of half the player's XP towards their next skill point, which means players had better master Sekiro's combat if they hope to keep improving their character. There's a safety measure in the form of a mechanic called Unseen Aid, but it won't always kick in. Players can open the pause menu to see what the odds are that they'll receive Unseen Aid on their next death.

The Unseen Aid mechanic also ties into the story. If players die repeatedly, a decaying essence called the Dragonrot spreads around the temple. The characters roaming around the hub world will begin to cough with greater frequency. The Rot's growing presence rubs in the fact that the player's chances of receiving Unseen Aid has been lessened significantly.

As for combat, the principles from the last preview remain in place. Players must go toe-to-toe with their enemies and look to break their Posture by striking and successfully parrying incoming blows. Breaking an enemy's Posture leaves the open to a Deathblow, a violent strike that often kills in one hit, though more powerful characters can withstand multiple Deathblows.

The easiest ways to set up Deathblows is through stealth, though FromSoftware is insistent that Sekiro is not a stealth game. That's evident as the game goes on, as players will frequently find themselves in situations where they need to confront enemies face-to-face or face off against multiple foes at one time. A monastery full of evil monks was where I learned this lesson the hard way, as I wasn't able to stealth kill everyone and quickly found myself surrounded by evil monks who were pounding me with sinister martial arts. I also learned that there are many other forces capable of killing in the world, including wildlife and swarms of insects.

In the last preview, I noted that Sekiro: Shadows Die Twice would test player resolve and patience. I'm comfortable in doubling down on this statement after a second go-around with the game. Those who love the SoulsBorne games likely have another winner on their hands here. But like those games, getting to the end or even making any significant progress is not easy and will have to be earned every step of the way.

Sekiro: Shadows Die Twice is coming to PC, PlayStation 4, and Xbox One on March 22.